Community Posts with Keyword Alfonse All 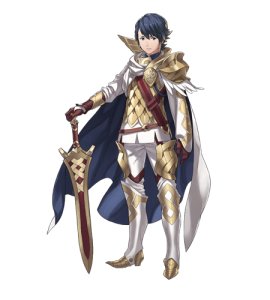 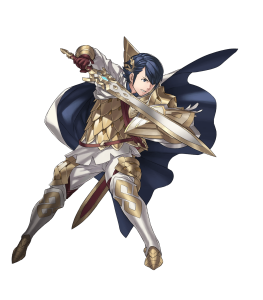 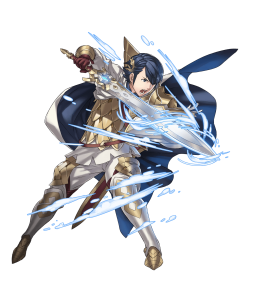 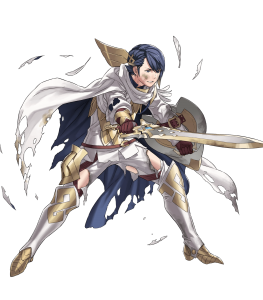 This is one of Alfonse's greatest qualities as an individual free unit. Specifically, he is part of two ongoing bonus unit rotations in Arena and Aether Raids. This allows him to benefit you competitively in both modes by directly improving your scoring (via increased Lift or doubled Arena scoring). Contrary to popular belief and his basic statline at a glance, Alfonse is also far from a hassle combat-wise as he frequently benefits from the beefy additional stats bonus units are usually supplied with. After HP+10 and Atk/Spd/Def/Res+4, Alfonse is just about on-par with a variety of mid- to high-investment Reds.

Alfonse's high Attack and respectable Defense lend themselves well to melee combat and with his unique weapon by default. Additionally, Alfonse's statline improves immensely with bonus stats; they apply at a fairly regular schedule and allow Alfonse to match up well against even high-investment threats. Moreover, though merging is out of his reach, Alfonse can further improve his statline through items such as Dragonflowers and Trait Fruit.

Next to his sister, Alfonse essentially won the raffle for most improved Askr unit thanks to the refined effects of his unique weapon, Fólkvangr. Specifically, after refinery, Fólkvangr's previous underwhelming Defiant Atk effect evolves into the significantly more potent Brazen Atk/Def, allowing for potent offensive stacking setups thanks to the high in-combat stats it provides. Though the Triangle Adept effect refine is a letdown, that is fortunately and entirely avoidable in favor of stat-based refinery options.

Alfonse's movement type allows him some advantages which are commonly taken for granted, including standard two-space movement and access to type-locked skills such as Wrath and Lull skills.

Alfonse's base stat total of 157 isn't exactly impressive considering the current stat model for melee infantry units. In combination with Alfonse's higher commitment to his physical stats, this consequently doesn't leave much room for his Resistance and Speed, both of which suffer at extremely exploitable values if uninvested.

This has no relevance to those seeking a review of Alfonse's Aether Raids performance. Nevertheless, as the scoring formula for Arena is at this time of writing, it prioritizes high base stat totals as well as a max amount of merges possible on individual units. These are traits that Alfonse unfortunately does not have; he is limited to only one copy of himself, and his base statline can definitely stand to improve especially by modern infantry standards.

Thus, other units that are highly-merged or simply sport a higher stat total in the same season typically have higher scoring potential than Alfonse himself. For people simply looking to switch between tiers 19-20.5 rather than maintain tier 21—and even this is possible with Alfonse—this is fortunately an ignorable issue at best.

If it weren't for Alfonse's frequent bonus benefits, the benchlord status would've stayed quite frankly true as he is otherwise unimaginably outclassed by others in his movement and weapon class combination. As far as direct competition is concerned, Hinata, Laslow, Ogma, and Soleil have the prime benefit of easy mergeability at their rarity. Additionally, newer entries in the game threaten to eclipse Alfonse from a performance perspective even at low investment; standouts in this field include Mareeta, Brave Celica, both versions of Byleth, and Fallen Ike.