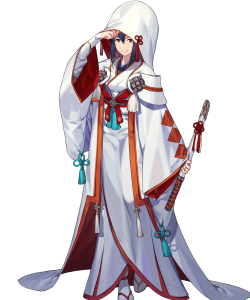 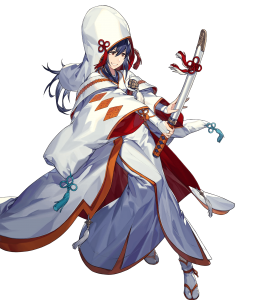 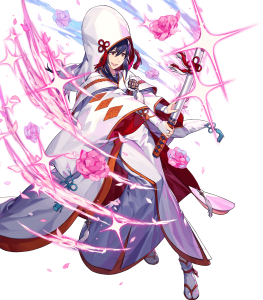 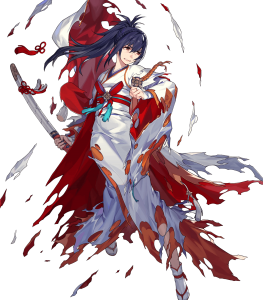 Oboro possesses fantastic Attack and Defense stats of 39 and 40 respectively, and both stats benefit from a 4 point asset instead of the usual 3. This makes Bridal Oboro an excellent Physical duelist capable of dealing with most physical threats regardless of color, especially since her decent 35 base Speed means she’ll be doubled much less often.

Being an Infantry unit also brings Oboro a plethora of advantages, such as access to a wide variety of skill options such as Special Spiral and Null Follow-up, and lacking a weakness to most forms of effective weaponry.

Oboro’s role as an infantry sword unit is heavily contested, and despite her solid stats, other infantry swords with powerful exclusive weapons and skills such as Lif and Fallen Ike will handily outclass her.

With only 16 Resistance at base, Oboro’s resistance is one of the worst in the game, and without sufficient investment she suffers heavy damage from most mages if they don’t KO her outright. This severely limits Oboro’s defensive capabilities, as many of the most threatening Player Phase units in the game are magic users.

What to do with Tibarn and another question
OK so, i lost my composure and summoned to +1 the new Tibarn, what can i do to improve…
Magic is still everything!
image1536×2048 1.05 MB image1536×2048 1.06 MB image1536×2048 962 KB image1536…
Hall of Fjorms Build Share
HoF is hitting me with hard decisions as I get my builds locked in and finalized. Who…
._. Where are you duo singer?
I don’t have other things to do in feh so I collect duo heroes ._. But. Where are our…
Shannan appreciation thread
May I just say I really love shannan? I was grinding chain challenges and he is soooo…
Read More