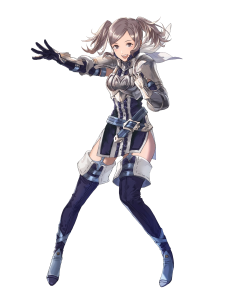 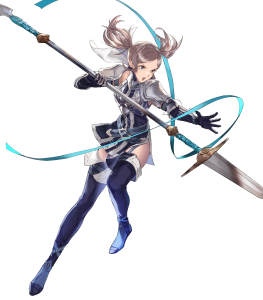 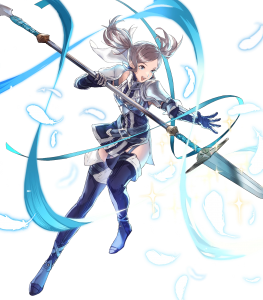 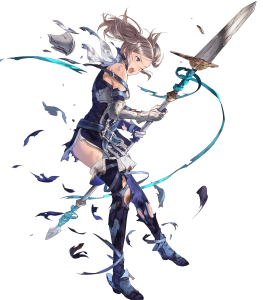 Cynthia does not necessarily fault in one particular area. Her offensive spread of 32 Attack and 37 Speed is solid and gives her good damage and good follow-up potential. While she isn’t amazing defensively, she does come with a fairly decent 38 HP, 27 Defense, and 29 Resistance which allows her to take a couple of hits before she’s defeated.

Being a flier, Cynthia gets to enjoy the benefits of enhanced mobility. Fliers can pass through terrain which are impassable to most units such as mountains and water. This lack of terrain restrictions gives her more options for where to move for greater flexibility in battle.

There are many lance fliers to choose from in Fire Emblem Heroes, so being able to set yourself apart from the others in a meaningful way is important. Unfortunately, Cynthia doesn’t do that. Instead, she’s just another lance flier with good offensive and decent defensive stats. As such, she is overshadowed by units such as Catria, Shanna, and Est who all possess personal weapons. Even Shigure, who is very statistically similar to Cynthia, overshadows her since he has access to the IV system and doesn’t require Heroic Grails to acquire extra merge.

Cynthia is not bad, she’s definitely a good unit. However, she cannot be recommended from a practical standpoint over any of the above-mentioned lance fliers. If one wants a lance flier with a stat spread similar to Cynthia, then Shigure is a better option unless one values the extra Resistance Cynthia has.

It’s messed up, but as a GHB hero with no inheritable weapon in an extremely bloated archetype, it’s all Cynthia has going for her. Atk/Spd Solo 4 can be swapped for Atk/Spd Catch 4 and Desperation 3 for Divebomb 3.