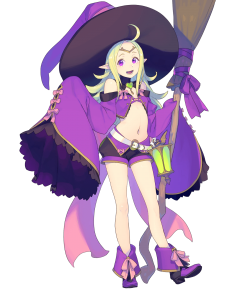 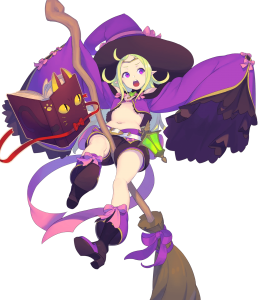 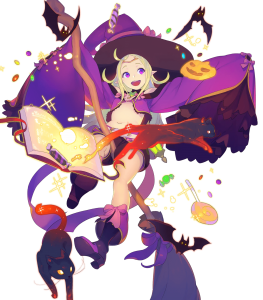 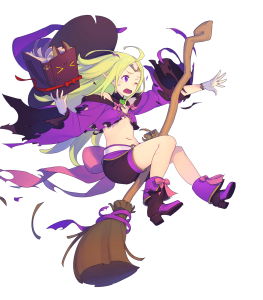 A Thousand Years of Snicker Bars (Save Support or Guidance Beacon)

Passive B: Link or Snag or Chill skills

The refined version of Halloween Nowi's weapon finally gives her some things she's been burglarizing houses for since launch (besides candy). In addition to stats — Atk/Spd +4 and forcing Atk/Spd/Res -4 on enemy units are super appreciable with Nowi's only okay stat line — Grimoire grants Nowi an actual potent use case over other mage and flier units in the game. Specifically, she is able to teleport to a space two spaces away from nearby allies, which significantly extends her reach to enemies and allies across the map while making her previously-stated stat conditions practically givens.

The tome also grants some nice support potential, as the in-combat debuffs apply to enemies three spaces away rather than on Nowi's matchups exclusively, while opening numerous pathways when Nowi is using movement Assists on her allies.

As a flying unit herself, Nowi benefits from a variety of advantages offered by her flying class. Firstly, she is able to traverse otherwise difficult terrain such as mountains and bodies of water. This advantage is only emphasized with the extended range offered by Grimoire, compounded with the perks of having a ranged tome flier adding a potent magic sniping option on your team. Finally, Nowi is also able to make the most out of exclusive skills including Impact A slot skills, Goad Fliers, Hone Fliers, Rein skills, and more.

Special mentions goes especially towards Guidance and Flier Guidance — both of which work beautifully in conjunction with the enhanced movement spacing of Grimoire to also increase the movement options of Nowi's allies.

With 34 base Attack, Nowi will rarely fail to do at least some damage to most relevant targets. While 32 Speed isn't exactly helping Nowi snatch her candy faster, it's perfectly improvable with some inheritance tricks, especially in the form of certain A slot skills, Sacred Seals, and outsourced team support options like Goad Fliers, Joint Drive Spd, and Chill Spd.

Nowi's unfortunately running really low in this particular candy basket due to the grating inheritance restrictions placed on both flier and tome units. A general lack of access to good competitive skills, especially B slot passive skills like Null Follow-Up, Lulls, and even Dive-Bomb, are very clear when attempting to construct a cohesive build for her.

It's not just overeating the candy that's making Nowi green, as recently-added red mage entries in the game somewhat humble her place in the game. In the first place, as a seasonal unit, Nowi is a relatively difficult sell as she is mostly only available once a year and is thus susceptible to hard powercreep. The most egregious example of this is Summer Byleth/Rhea, who have totally superior offensive stats, a form of Null Follow-Up (normally out of reach for fliers), and duo hero privileges including a 185 BST Duel built-in and ability to add Duo's Hinderance on Aether Raids Defense keeps. While Nowi's ridiculous range is a really good selling point, it's basically her only one.

Terrible defensive stats and a bow weaknesses are expected and nonetheless disappointing of Nowi's archetype. With only 34 base HP barely held up by mere defensive values of 20 Defense and 27 Resistance, a majority of units can badly damage Nowi or even one-round her if left wide-open. Even with specific skills promoting her tankability like Grimoire's in-combat debuffs, Fury, and Reins, there is only so much punishment the Eternal Witch can take. 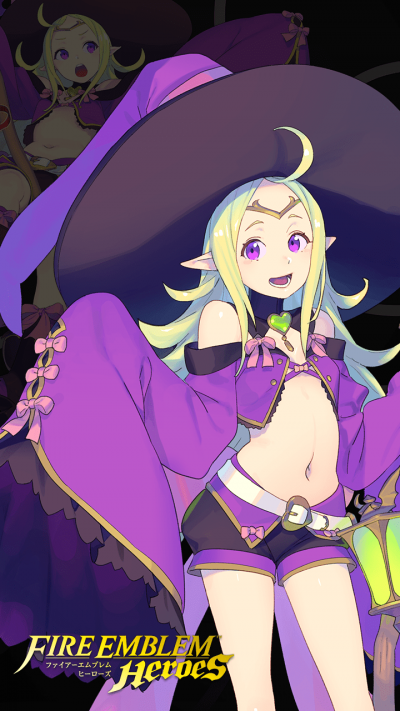