Community Posts with Keyword Joshua All 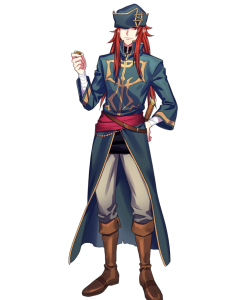 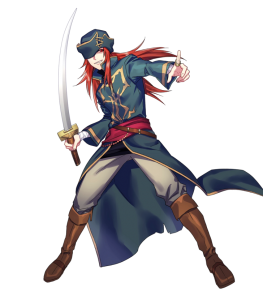 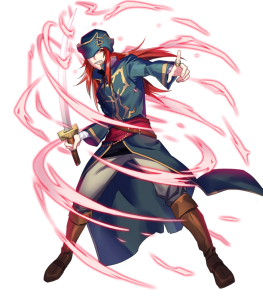 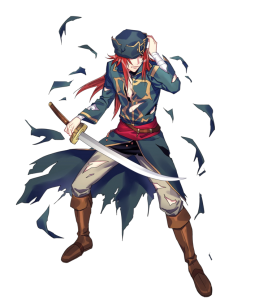 With his naturally high defensive stats combined with his personal weapon, Joshua can make for a great user of Distant Counter.

Given Joshua’s great Resistance, he can also make good use of the ploy skills. Def Ploy will let him deal more damage against anyone affected, Spd Ploy will reduce the enemies chances of doubling Joshua and Atk Ploy will reduce the damage any affected unit deals. Which one you want is mostly up to player preference.

For his Special, Glimmer works great against mages as it will in general help more than Moonbow would due to mages usually having low Defense with some exceptions. This being said, Moonbow is still a great choice thanks to its low cooldown. While it wouldn't be activating as consistently as Moonbow or Glimmer, Blue Flame is a very strong Special that gives a huge power boost when Joshua is adjacent to an ally, making it another solid choice. The Assist slot is fairly open to player preference, though Reposition is a nice general choice.

With good Attack and Speed, Joshua can go for full offense if you so desire.

With Life and Death 3, Joshua is boosted to 52 Attack and 40 Speed. While Audhulma may be a 16 might weapon, opting instead for a Slaying Edge will allow Joshua to take a Speed refine, placing him up to 43 Speed. However, Audhulma is still more than viable for this build. Meanwhile, he still has decent defenses with 25 Defense and 23 Resistance (28 with Audhulma). If you don’t want to suffer a defensive penalty, Swift Sparrow is also a great option. Desperation allows Joshua to make any follow-up attacks immediately, so long as he’s below 75% HP and does actually double in the first place. Wrath is another good option to get more power out of your Special. Since he’ll most likely be in the middle of battle, Threaten Def makes for a good C slot to lower the Defense of any enemy within 2 spaces of him without having to rely on having more Resistance than them.

Both Moonbow and Luna are strong Specials for an offensive playstyle, Moonbow in particular thanks to the one charge cooldown it’ll have with a Slaying Edge or Audhulma. The Assist is open to player preference. Reposition is a fine general choice that’ll allow Joshua to help with unit positioning.

While other sword units such as Ayra are better suited for aggressive setups like this, Joshua can still run this set well and enjoy strong offensive power while still maintaining respectable defenses.

Of Ice and Fire (Defensive)

Thanks to his good defensive capabilities, Joshua can work very well in a defensive setup.

While Audhulma is perfectly viable here, running a Slaying Edge will give free choice in what stat you want Joshua’s weapon to boost, as well as some extra HP. Either a Speed or Defense refine works nicely. Audhulma will be your best bet for Arena scoring or for using Ploy skills though. The Assist slot is completely open, with any option being viable. Reposition is a nice general choice for most units. For Special, both Blue Flame and Aether make fantastic choices. Blue Flame is an immensely powerful Special when adjacent to an ally while Aether is great for dealing damage and helping Joshua to sustain himself. Aether is only advised with Steady Breath however due to the lengthy cooldown.

Speaking of, Steady Breath is a fantastic A slot choice. Steady Breath gives Joshua a Defense boost whenever attacked but more importantly, makes each action give two Special charge instead of one when attacked, allowing him to consistently activate Blue Flame or Aether. Joshua’s default A slot, Close Def, is also a solid option. While Joshua is fast, he’s not fast enough to always guarantee a follow-up attack, so Quick Riposte is extremely useful. Guard is also a strong choice, preventing the enemy from quickly charging their Special which helps against opponents with skills such as Bold Fighter. Renewal is a cheaper but still strong B slot which grants Joshua with some healing every other turn for good self sustainability. The C slot is completely open. A Wave Skill such as Even Def Wave will be a strong choice so Joshua can boost his own Defense, but if buffs can be provided, this is unnecessary. As he’ll likely always be close to teammates, skills such as Drives and Tactics are strong options. With the Audhulma, Joshua can also run Ploy skills.

Finally, Close Def makes for a solid Sacred Seal choice as to help increase Joshua’s defenses even further when attacked in close quarters. If Quick Riposte is not being used in the B slot, it also makes for a strong choice in the Sacred Seal slot.

Fury of the Storm (Frontline)

Joshua’s overall balanced stats lend well to running a frontline fighter build, designed to be versatile and effective in most scenarios.

While Audhulma is effective with this set, opting for a Slaying Edge instead will allow Joshua to refine it in order to boost a stat that will help him more with this set. Fury boosts Joshua’s already good overall stats further, making him more effective across the board in terms of offense and defense. He can also make use of his default Close Def thanks to his good defensive stats. Wrath allows Joshua to proc his Special faster and deal extra damage when it activates, making it a great choice for him. Quick Riposte is another good option, particularly if paired with Close Def for that guaranteed follow-up while Desperation is a good option for a more aggressive focus. As for Sacred Seal, boosting his Speed with the Speed Sacred Seal is an effective option, but you can also run the Quick Riposte Sacred Seal in combination with Wrath as while the HP range in which both skills are active is extremely limited, having both on the same character allows for Joshua to make use of Quick Riposte while on high HP then utilize Wrath as his HP gets lower.

With Wrath, a good Special is also needed with it. Thanks to their cooldown of one with a Slaying Edge or Audhulma, both Moonbow and Glimmer make for strong choices. Blue Flame is another solid option, given that Wrath will help Joshua to charge it very consistently, particularly on Enemy Phase. The Assist slot is open to player preference, with Reposition being a safe choice for most units.

Finish off this build with a Ploy of your choice with Def Ploy, Spd Ploy, or Atk Ploy all being viable options and you’ll have a nice package that can attack, defend and support all in one. You can also opt to use either Def or Atk Ploy as Joshua's Sacred Seal as opposed to Speed +3 or Quick Riposte, allowing Joshua to run double ploy skills.

Joshua does not have any bad stats, with his worst stat being his Resistance at 28 which is still very good for an infantry sword unit. This well-balanced stat distribution leads to many different build options depending on what sort of playstyle you want Joshua to have.

Audhulma is a good personal weapon

The Audhulma, exclusive to Joshua, grants him with a 5 point boost to Resistance and an in-built Killing Edge effect, reducing his Special Cooldown by 1. The Resistance boost brings him to 33 Resistance which is very good, making him a potential user of Ploy skills. While Audhulma is good, switching it out for a regular Slaying Edge can be considered depending on the build as it provides freedom in which stat is buffed by Joshua's weapon.

His versatility leads to no stand-out stats

While all of Joshua’s stats are solid overall, he doesn’t have any which stand out as amazing. However, when taking Audhulma into consideration, he does have one of the highest Resistance stats among sword units. This leads to him being outclassed in certain roles by more specialized units.

This built ensures that Joshua will even tank some blue threats, except non-nuke blue mages or heavy offensive focused blue units(sometimes, with the proper support he can manage to do so)

Fortress def/res sky rockets his great mixed defenses and also ensures that he will last for many battles against powerful melee and ranged opponents without breaking a sweat and without having too much of a penalty to his already very decent atk.

Wrath ensures either a kill against opponents which are hard to take out or just an overkill and more healing when aether activates, not to mention that if you are against any enemy with a guard skill, wrath definitely helps you get your special charged while you resist their blows (mostly with armor units, a common threat in both arena and AR, you can retreat for some turns until your special is ready)

This build takes Joshua's good statline to maximum potential, however, new meta nukes like F! Julia, Lyshithea and other red or even some colorless can easily ORKO him, also units who ignore penalties like F! Ike.

All in all this build will help you a lot if you are looking for a good mixed tank, at least until we get a refine, that we all hope is not mediocre.

This is a Joshua build centered around damage output. His weapon accelerates his special cooldown which, combined with Special Spiral, give him infinite Luna once he first activates it. Death Blow is for scenarios where a foe has Guard or he otherwise doesn’t have his special ready to go (Death Blow could also be replaced with Swift Sparrow if you have it on hand). The C skill and seal you choose for him don’t matter as much, I stuck with his Drive Def and don’t currently have him equipped with a seal.

This is a killer Iceberg build for Joshua. Audhulma, Warding Blow, Odd and Even Res Wave are to greatly boost his Resistance. Sabotage Def is used to lower the Defense of foes adjacent to each other if their Resistance is lower than Joshua's, which will happen a lot. Audhulma also makes Iceberg quicker to use.

(Update: He now is a level 40+10, with 10 dragonflowers, and summoner supported)

He gets a boost in stats because he is summoner supported +5 HP and +2 to all other stats making him a level 40+5 essentially.

I gave him Def Ploy 3 to help in his damage output but Atk Ploy 3 can be substituted to help with his bulk.

Wrath 3 or Vantage 3 for the situation however Wrath 3 is used at least 70% of the time and Vantage for very specific moments.

I gave him a Close Def seal to help increase his Defenses to allow him to tank and bait physical threats better.

With this build, Joshua is meant to be used during player phase to mainly take on green dragons thanks to his impressive 39 Res. His Slot B is used to nullify any Vengeful Fighter, Wary Fighter, QR, or other skills that prevent or guarantee follow ups. 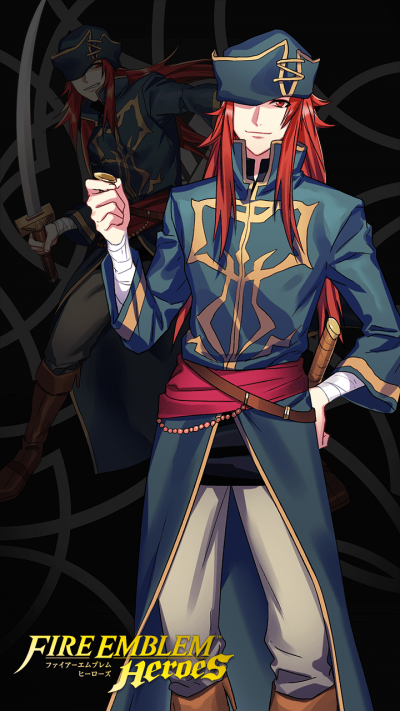