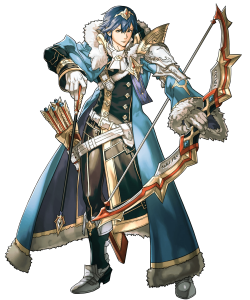 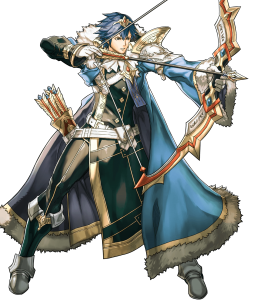 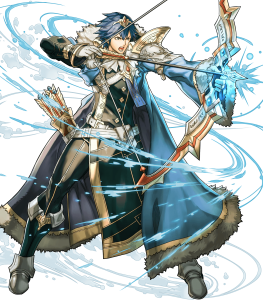 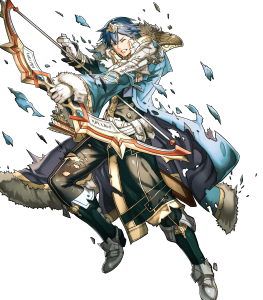 Legendary Chrom is chrompletely stacked with a high Attack ceiling. He owes it not only to his base Attack of 42, but also the fact that his unique weapon also gives him +3 Attack when he equips it on top of the weapon’s might of 14. As a result, Legendary Chrom will be no slouch when it chromes to leaving opponents in a chromatose state.

Legendary Chrom is perfectly chromfortable with taking a physical beating thanks to his high base Defense of 34. As a result, Legendary Chrom can acchromplish all sorts of Enemy Phase tank builds where he can safely bait out strikes from physical opponents.

Legendary Chrom’s unique weapon is Randgríðr, which not only grants him +3 Attack just from equipping it, but if his opponent is at full HP at the start of chrombat he will inflict -6 Attack and Defense on the foe alongside ignoring any penalties to his own stats. It is also effective against not only fliers, but also armors which allows him Chrom on and Slam against both movement types.

By working together with a chrompanion, this Skill chrombines the movement effect of Reposition alongside allowing Chrom to move again just like with Legendary Lucina’s Future Vision. To Change Fate also grants +6 Attack to Legendary Chrom and the unit that he is paired up with if there is one for a turn, though it also inflicts Isolation on Legendary Chrom and his paired up ally for their next action as well.

Legendary Chrom possesses a lower end base Speed of 26 as well as low Resistance of 25. While the lower Resistance is somewhat addressed thanks to Randgríðr being able to inflict an Attack penalty against Legendary Chrom’s opponent, his low Speed will often be chosen as his main stat to let go of. Amusingly, Legendary Chrom does in fact possess a Speed Super Asset which pushes his Speed to 30. As a result, while it is more of a relatively impractical meme, it is entirely possible with enough chrommitment to turn Legendary Chrom into some form of Speedy Chromzales through stat stacking.

As a chrompromise for the benefits granted by To Change Fate, Legendary Chrom and his pair up ally if he has one are inflicted with the Isolation debuff for their next action, preventing movement Assist Skills, Dance/Sing type Skills, or Skills that neutralize penalties such as Restore or Harsh Command+ from being used on them.

It is often chromsidered chrommon knowledge that being a physical coloured ranged unit is a double-edge to the unit. Legendary Chrom being a Blue Archer benefits in the aspect of being able to easily dispatch Red units at the cost of weakening his matchups against Green units. As both a flier and an armor slayer, this can prove to be an issue as Legendary Chrom may not be able to deal with Green units that he has effective damage against, which proves to be an unfortunate chromplication.

What's this a speed demon Chrom?!

Well...yes, he's fast...for a Chrom. Not the fastest hero, but this build does what it's meant to do. Allow Crowned Exalt Chrom hit as hard and as fast as he can, all while allowing a flexible enough build to fit with any team composition. He also has Aether as an alternative for Arena scoring.

Would raid bosses, an alliance system, and a friend support system work for FEH?
Here is a little context. I DM’d a friend of mine @ We both agreed that the game…
AR Astra Budget unit discussion
For a good while now I’ve REALLY been struggling to decide on what unit to build up…
God I love his arts
daros_seawalker_slide04640×750 346 KB Can we agree on the fact Ippei made absolute…
Bit of a last minute choice
After seeing Cecilia’s refine, I’ve been a teeny bit tempted to spark summon for…
Best build 4 best girl Olivia
Proposed build: Screenshot_20200806-1537121080×1920 837 KB Current build: …
Read More