Community Posts with Keyword Ninian All 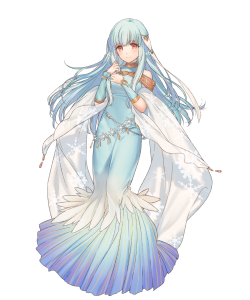 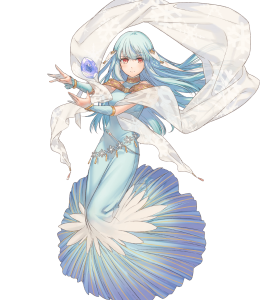 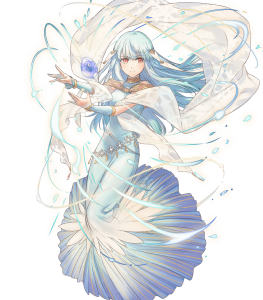 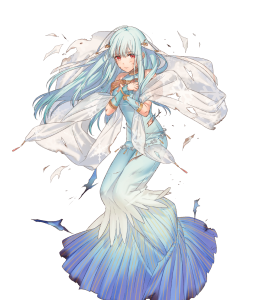 This build aims to capitalize on Ninian’s innately powerful supportive capabilities and unique traits as a refresher to make her a strong asset at one’s disposal, capable of quickly turning the tide of the battle in her team’s favor. Since this set places a primary focus on her performance as a support unit, the choice of IVs is largely inconsequential, though a +SPD IV remains a great option to supplement Ninian’s defensive Speed; if equipping her with skills such as Infantry Pulse and Sudden Panic, a +HP IV can be considered as well to maximize her ability to utilize them.

Ninian can also make fairly respectable use of a defensively oriented setup tailored towards maximizing her survivability in the Enemy Phase. A +SPD IV is ideal once again to decrease her likelihood of being doubled by incoming foes, though a +ATK IV may also prove to be a worthwhile investment here given this build’s more aggressive approach to Ninian’s intended playstyle. Furthermore, since Ninian will rely primarily on her actual defensive stats to tank damage, a -HP IV is preferred and can easily be patched up by refining her weapon.

A relatively budget friendly build that allows Ninian to take the mantle of both a support unit and a dedicated check against red foes. Since she will be entirely reliant on Triangle Adept for much of her functionality, any IVs can realistically work here; this is noteworthy because if Ninian is obtained for free via the Heroes’ Path, one will not have control over IVs as she will be neutral.

A performer of mysterious origins, Ninian: Oracle of Destiny makes her way to center stage as a blue infantry refresher. Although she lacks any exclusive skills to call her own, Ninian manages to distinguish herself from her peers thanks to a variety of unique strengths, most notable of which being her status the only refresher in the game capable of wielding dragonstones at the time of writing; this grants her an immense amount of flexibility in regards to the way that she can be built thanks to her access to a myriad of powerful inheritable weapons and class-exclusive buffs. Furthermore, her status as such makes her one of the few refreshers who can provide her assistance to beast allies without impeding upon their ability to transform.

Statwise, Ninian’s most notable features are her decent base Speed stat of 33, providing her with a good foundation for preventing enemy follow-up attacks, and her surprisingly ample HP pool of 42, one of the highest amongst all refreshers. This means that in addition to granting her a respectable amount of overall bulk when taking her defensive stats into consideration, Ninian can make great use of HP-based skills like Infantry Pulse and Sudden Panic to further support her allies, further adding on to her inherently formidable supportive capabilities; such skills can prove crucial to the success of certain strategies when utilized properly.

Ninian isn’t entirely without faults, however. Most glaringly, her base Attack stat of 24 is simply atrocious and although she should not be seeing much combat regardless, this renders her damage output lacking (even for a refresher) and makes her quite poor at offensive play. In addition, while her ability to wield dragonstones is a rather significant boon in her favor, it comes at the cost of being exceptionally weak to any source of dragon-effective damage, the likes of which has increasingly become more and more common as the game has progressed. As a dancer, Ninian also suffers from innately having low BST; combined with her lack of exclusive skills, this means that utilizing her in Colosseum modes like Arena can lead to rather disappointing results without the proper investment.

Overall, although Ninian may not necessarily be the strongest fighter in the game, she remains an incredible support unit who can easily fit in a vast number of different team compositions. Dance alone is a powerful tool and when taking her decent survivability and versatility into consideration as well, Ninian: Oracle of Destiny can prove to be an invaluable tool at one’s disposal — and what’s more, everyone can get one copy of her for free!

Regardless of her own stats, Dance on its own is an incredibly powerful and useful skill that can allow one to escape even the closest of calls. With proper use, Ninian can easily shift the tide of the battle in her team’s favor.

While nothing extraordinary, Ninian’s solid base Speed stat of 33 allows her to deny her opponent’s follow-up attack relatively frequently, especially when capitalized on with an accompanying weapon refine and the proper skill set.

Ninian’s HP stat stands tall amongst most refreshers and enables her to utilize HP-based skills such as Panic Ploy, Sudden Panic, and Infantry Pulse to great effect, all of which can help improve her team’s overall performance greatly. Furthermore, combined with her decent defensive stat spread of 23/27 and Speed, this provides her a respectable amount of overall survivability as she will often require several engagements to go down.

As a dragon, Ninian is allowed access to class-exclusive buffs and a wide variety of weapons, most of which she can use rather effectively such as Lightning Breath, Dark Breath, and her native Light Breath. This also makes her one of the few refreshers who is able to maintain close proximity to beast units without preventing them from transforming.

As a result of the aforementioned strengths, Ninian’s role in any given team is quite flexible as she can be built to fulfill a variety of needs simultaneously, granting her immense versatility.

Ninian’s low base Attack of 24 means that outside of relying on skills such as Triangle Adept or Special activations to do damage, her damage output will be pretty low; this makes her quite poorly suited for an offensive role without sufficient investment.

Due to her ability to wield dragonstones, Ninian suffers from a debilitating weakness to any kind of dragon-effective damage, making it imperative that she be kept out of reach from sources of such damage.

In exchange for access to the powerful Dance skill, Ninian’s BST is somewhat low and makes her a rather poor choice of unit for Colosseum modes like Arena without the prerequisite amount of investment, as she will subsequently lower one’s scoring potential considerably. 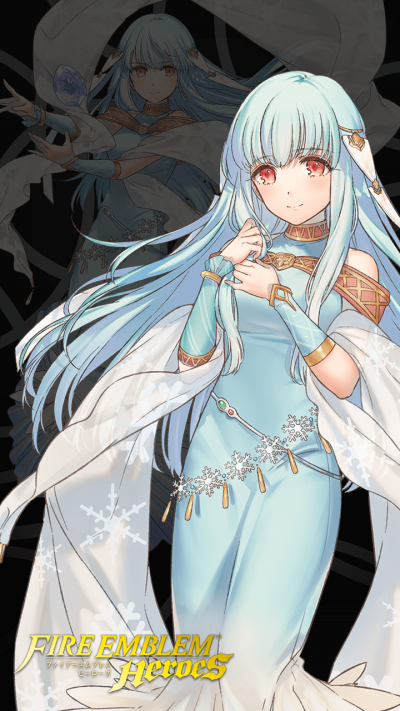