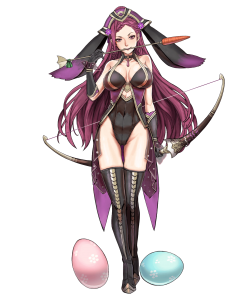 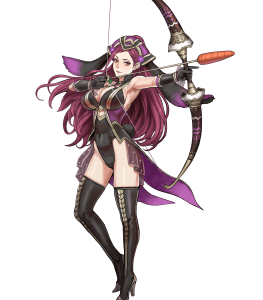 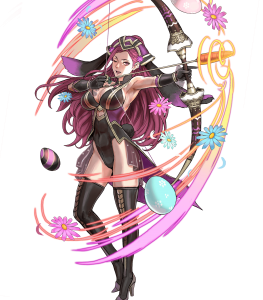 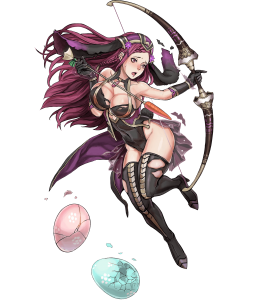 What Bunnies Are Famous For (Pricey Offensive)

Many of Spring Loki’s stats fall in the average range, which isn’t necessarily a bad thing. Her base 34 Speed allows her to have some fair Speed for offensive and defensive utilities once invested into, and her defensive stats don’t fall too far behind either with values of 27 Defense and 25 Resistance. Interestingly, this gives her solid mixed bulk among a good chunk of her bow flier peers as many either have their stats heavily skewed away from their defenses, or commit heavily to one defensive stat while ignoring the other.

While she won’t be outdoing the sheer flexibility that comes from fellow Bow Flier Brave Claude, Spring Loki’s stats and the numerous options of inheritable bows gives her plenty of options in terms of what builds she can try to utilize and where she can plug stat investments into. With some extra merges secured from the Heroic Grail Shop, it’s possible to have a bow flier with fair stats in every category that can run an assortment of different setups for players to toy around with, limited only by skill availability and their imagination.

A common criticism with Spring Loki is the fact that her Attack stat has always stuck out at a below average value of 31. While this can be addressed through Skills and weapons that bulk up her Attack stat as well as the usage of Trait Fruits to give her an Attack Asset, at the end of the day Spring Loki can certainly tease people with her charms but she doesn’t bite as hard as one might expect her to.

Being a Flier has Disadvantages

As a Bow Flier, Spring Loki doesn’t have all too many B Passive options to pick from making Skill options somewhat limited compared to other movement types. Not only this, but her defensive focus somewhat clashes with the fact that bows are a common weapon type that can sport effective damage against fliers and deal a lot of damage to her even with heavy investments into defense. While this is somewhat mitigated by the ability to run the Iote’s Shield Sacred Seal, it does cost Spring Loki her Sacred Seal Slot which could have instead been used for extra stat boosts.