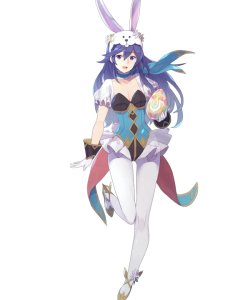 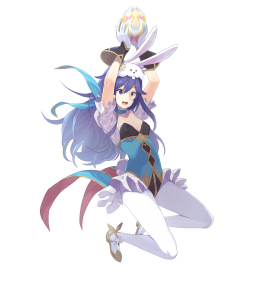 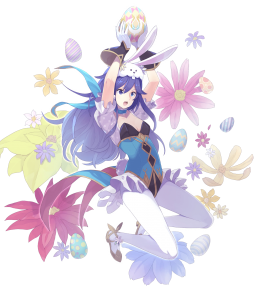 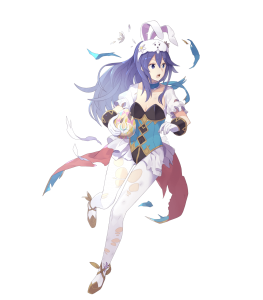 Spring Lucina is a fast mage and prefers the typical offensive boost in Attack and Speed. However, she can be built a few different ways, and while Attack is universally the best choice, she can be made to work with other boons.

Spring Lucina’s best build sees her wield a Blarblade to take her damage to the max. This set requires some team support to see it reach its max potential thanks to the special properties of Blade tomes, and can even work without a buffer thanks to Odd Atk Wave.  This is a general sweeper set and sees her take the offensive by initiating attacks against foes.

Swift Sparrow boosts her Speed to base 40 and gives her some much-needed offensive power, especially when combined with an Attack +3 Seal. Fury is a more niche pick but allows her to play defensively versus some mages and gives her some much-appreciated Resistance. Glimmer hits harder than Moonbow in general, but Moonbow is preferred if she is not running Chill Res or an Attack boon.

Chill Res gives her a significant damage boost, provided she attacks the target of the debuffs. For those seeking a cheaper option, B Tomebreaker is best and it helps her against her blue mage matchups. Finally the choice between Draw Back and Rally Def/Res comes down to her team-mates. Offensive allies will prefer Draw Back support while tanks appreciate the stat boost.

Odd Atk Wave allows her to self-buff, but this may not be preferred if running her with buffers anyway. Spd Smoke helps her score double Attacks (especially against faster enemies). Spring Lucina has a flexible C slot and can run other Smoke, Hone, Tactic or Spur skills.

Thanks in part to weapon refines, Spring Lucina can run an effective budget set with her Blue Egg. This build plays nearly exactly the same as the Blade set, but with less reliance on external buffs. Of course, Spring Lucina’s relatively low Attack means she still greatly appreciates any and all Attack buffs she can get.

The idea behind this set is to get into Desperation range and sweep. Unfortunately for Spring Lucina, her Blue Egg heals her after every combat, making it tough to pull off. Fury is preferred over Swift Sparrow as it means she can stay in Desperation range and stabilises her HP when sweeping teams. Running Fury also opens her up to Ploy skills provided she has a Resistance boon, and she can make great use of Res Ploy and Spd Ploy to provide some support back to her team. This set has lower attack than the Blade build meaning that Moonbow is the preferred Special here.

Desperation is the crux of the set, letting her hit twice before enemies can retaliate. B Tomebreaker is a decent alternative (if the Blue Egg + Desperation combo is undesirable) helping her against her fellow blue mages. If Desperation is not taken, She can also afford to take Swift Sparrow instead of Fury and Attack +3 instead of a Ploy skill.

She can also run Ardent Sacrifice which helps her get into Desperation range. Otherwise, her support skill options remain mostly the same: The choice between Draw Back and Rally Def/Res comes down to her teammates. Offensive allies will prefer Draw Back support while tanks appreciate the stat boost. Spur Def/Res is a great alternative to Ploy skills that lets Spring Lucina better support tanks on the frontline.

Spring Lucina hops into Fire Emblem Heroes as one of the original Spring Heroes. As a blue tome user, she has fierce competition from many other units, and many of them are easier to get than she is. Spring Lucina’s primary advantage over them is having an excellent 36 Speed. This is enough for her to double many foes, something the slower mages have trouble with.

One of the great things about Spring Lucina is her natural access to Swift Sparrow, a sought-after skill considered expensive to inherit. With the addition of refines to her Blue Egg, Spring Lucina can function well as a budget mage with only basic skill inheritance.

Unfortunately, her lack of Attack is a huge disadvantage with most of the best mages being those with extraordinarily high damage. She also has lower Resistance than most mages and tends to duel poorly against them. Being a seasonal unit, Spring Lucina is hard to get and is outperformed by many mages possessing better Attack.

Spring Lucina shines offensively with her base 36 Speed. She is one of the few mages who can boast doubling many units with 35 or more Speed thanks to Swift Sparrow and/or a boon or refine. She can double and KO many other blue mages provided they aren’t carrying B Tomebreaker.

Strong on a budget

Coming with Swift Sparrow for free and having decent offenses, Spring Lucina is a solid mage to build on a budget. She can sweep with a refine on her Blue Egg, but is worth giving a Blarblade if one can spare the feathers. She is a good candidate for a Desperation build and has flexible B slot options.

Poor Attack for an offensive unit

Spring Lucina has only 29 Base Attack which makes her much weaker than a plethora of blue mages, many boasting 36 Attack. Although a Blade tome goes a way to fixing this issue, other mages are still stronger when wielding them. The Special charge penalty on Blade tomes especially hurts, as Spring Lucina relies on her Special to score certain KO’s.

Low Resistance for a mage

Base 25 Resistance is quite low, and means Spring Lucina isn’t very good at taking hits from fellow mages. She is vulnerable to being OHKO’d by other blue mages who run high-damage Blade tome sets. Additionally, many blue mages on the slower end of the spectrum choose to run B Tomebreaker as their B slot skill as a budget choice, rendering faster mages such as Spring Lucina useless against them.

More dependent on team-mates than other mages

On her optimal Blade set, Spring Lucina deals relatively low damage compared to other mages due to her low base Attack. This means she’s more dependent on receiving buffs (mainly Attack) than her allies, relying more on her Blade tome than her natural power to score KO’s. 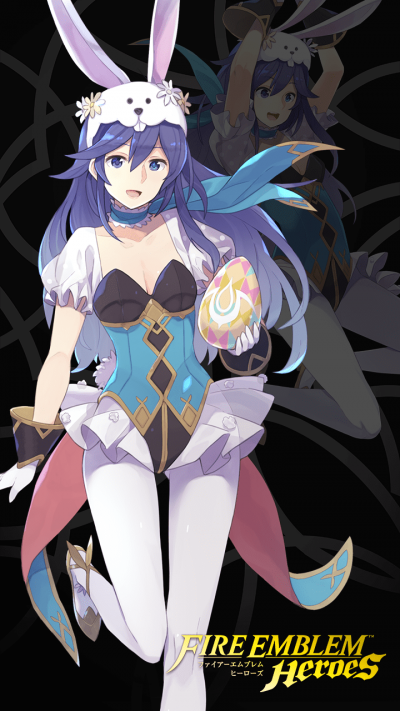