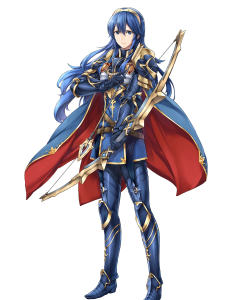 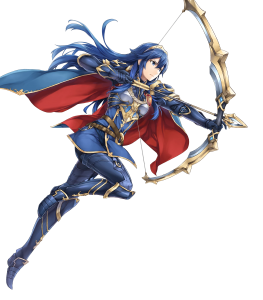 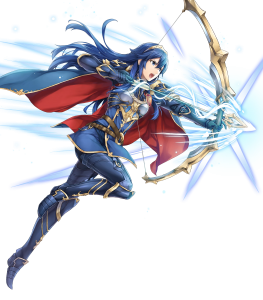 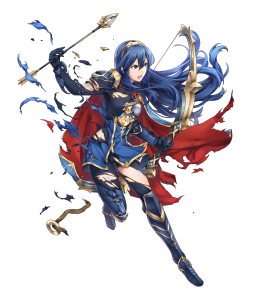 United by One Vision (General Offense)

Bonded by a Dream (Support/Hybrid Focus)

Passive B: Any Link Skill

An incredibly long overdue refine has proven to be worth the wait. Originally, Thögn granted Lucina +3 flat Speed and +4 to all stats during combat if she initiated combat against a melee enemy. In update 6.1, Thögn:

Despite Lucina’s outdated statline, she can perform fantastically in-combat thanks to +8 to all stats during combat and potentially staggering in-combat debuffs on the enemy. Most importantly, granting a guaranteed follow-up attack to both herself and allies is an incredible combative and supportive effect, significantly boosting the damage output of her team. For Lucina and allies with high Speed, they can use a guaranteed follow-up to break through effects that prevent their follow-up (forcing a Speed check that they can most likely achieve). On the other hand, for allies with low Speed, a guaranteed follow-up can effectively double damage (if not more with offensive Special activations taken into account). In combination with the Triangle Attack effect from Bridal Catria’s Wedding-Bell Axe, even the slowest units can quadruple attack.

Future Vision II is essentially a combination of Swap, Atk/Def Snag, and a self-dance--that is, Lucina swaps positions with an ally, then inflicts -7 Atk/Def on the closest enemies within 4 spaces of her and her ally, then grants another action to herself, with the lattermost effect only activating once per turn.

This synergizes nicely with Thögn, as Future Vision II counts as a Positional Assist, thus granting the guaranteed follow-up attack to Lucina and her ally. Additionally, the -7 Atk/Def debuff on the enemy allows Lucina to inflict an additional -7 Atk/Def during combat thanks to Thögn’s Plegian effect, significantly improving her damage output and survivability. It can also improve the damage of physical allies and survivability of all allies, serving as an overall excellent Assist for mobility, combative, and supportive purposes.

Lucina’s access to Skills such as Atk/Spd Ideal, Null Follow-Up, Time’s Pulse, and Flashing Blade significantly improves her combat performance, whether through higher stats, ensuring follow-up attacks are not performed/prevented by the enemy, or consistent Special activations.

Based on all of the above, it should be no surprise that Lucina is a remarkably flexible unit. She can easily pivot from combat to support, and her mobility is superior to most other Infantry units thanks to Future Vision II.