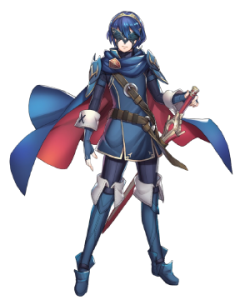 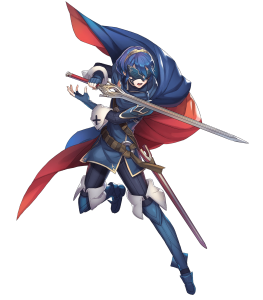 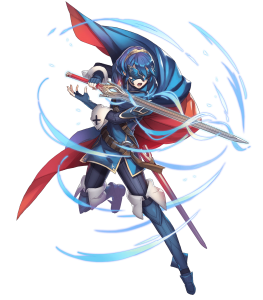 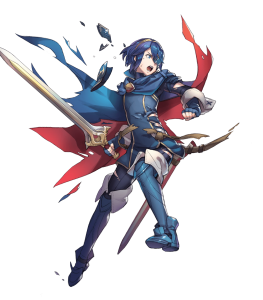 We Have Lucina At Home, Literally. (Low Investment Offensive)

While Masked Marth was already a solid if a lukewarm option with the previous iteration of his refined Falchion, he has the option of forgoing that with refined Sealed Falchion instead. It works far more compatibly and flexibly with his offensive statline, as it grants more movement flexibility (whereas base Falchion required ally adjacency) as well as a larger stat boost of +10 (assuming you honor its two easy conditions). The icing on the cake is the anti-follow-up effect if the foe's HP is above 75%, which allows for more comfortable combat against enemies with artificial follow-up manipulation tactics such as Bramimond and Brave Edelgard. Overall, this refined version of Sealed Falchion does pretty well enough to upgrade Masked Marth to new generational standards.

34/36 aged rather nicely despite recent units making remarkable landmarks in Attack and Speed. With the help of Sealed Falchion's stat boosts as well as other skills taken, this translates well to a good number of follow-up opportunities as well as consistently solid damage output.

Spurn, Close Call, Repel, and Time's Pulse are a few of many fantastic skills that Marth can access thanks to him being infantry. Furthermore, he gets to benefit from ally support skills such as Infantry Rush and Infantry Pulse.

For people who have played early on and collected all copies of Marth in 2017-2018: you're in luck! Having nine free copies of Masked Marth means it only takes a mere 250 Heroic Grails to fully merge him, as opposed to other free unit projects which could take months. Furthermore, the nature of Sealed Falchion allows many players to take a low-budget approach to building Marth and still get great results out of him.

In exchange for great values in his Attack and Speed and HP, Marth's Defense and Resistance drop at lower base values. Though, this isn't particularly significant in actual play thanks to Sealed Falchion's stat boosts, follow-up prevention effect, as well as relevant skills.

There are a LOT of red sword infantry units in Fire Emblem Heroes, and Masked Marth is unfortunately only a drop of blood in this crimson ocean. On the hyper offense side, units like Catherine and Brave Celica offer some harsh competition, whereas Mareeta, Fallen Ike, and Kris are native masters at the art of Speed tanking.

This point doesn't really matter for Marth's combat viability (plenty of low BST units are actually great in practice) or players who don't plan on using FEH Pass at all or at least consistently.

However, the fact that Resplendent Lucina exists puts a slight damper on Masked Marth's usage at this time of writing. Specifically, Lucina gets a straight stat boost of +2 to all stats in her otherwise identical stat spread compared to Masked Marth. Additionally, since Lucina can be summoned frequently—especially through Weekly Revival Summoning Events where she gets a rate-up—it may be faster for some players to +10 Lucina with Orbs rather than gathering Heroic Grails for Marth.

As stated previously, one of the reasons for Masked Marth's positive reputation among veteran players is due to how frequently free copies of him popped up in the first couple of years of the game. Unfortunately, as is the case with other older GHB or TT units, newer players are forced to cough up the full amount of Heroic Grails necessary (3700 total) to fully invest in Masked Marth. This comes to a point where it's practically not worth it to fully invest in him rather than more recent sword infantry units (Catherine in particular takes practically zero merges or investment to get going) unless they're particularly attached to the character. 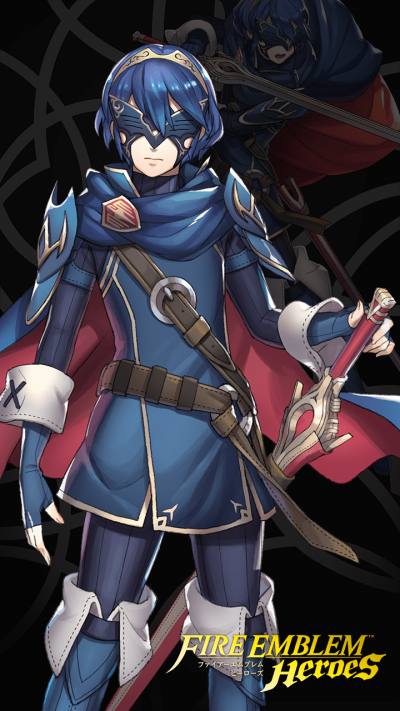