Community Posts with Keyword Lucina All 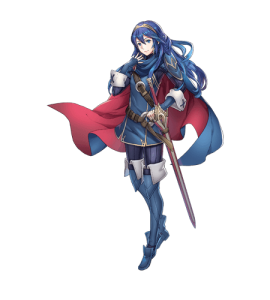 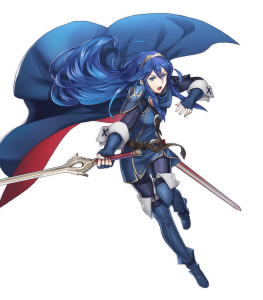 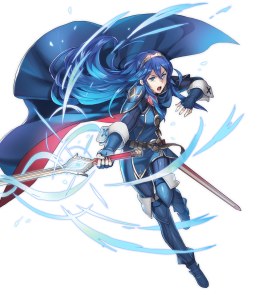 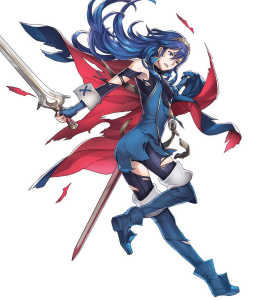 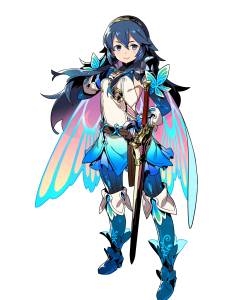 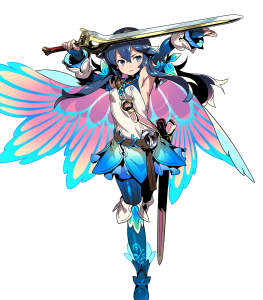 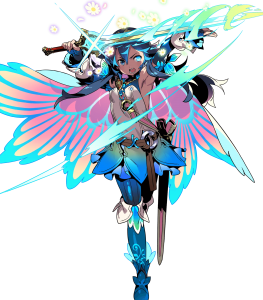 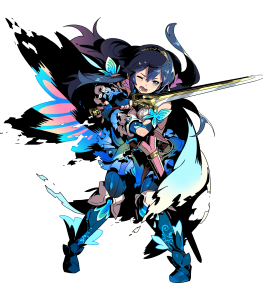 A Sword and a World of Troubles (Superunit)

Some Pep in Your Step (Galeforce / General Offense)

Passive B: Wings of Mercy / Desperation

Into the Spiderverse (Player Phase Nuke)

34 Attack and 36 Speed are still decent for today’s standards. While it will take some support and skill investment for Lucina to hit the top offensive echelons, she still maintains herself relatively well compared to her Gen 3-5 competition.

As an Infantry unit, Lucina has several excellent skills at her disposal such as Spurn, Null C-Disrupt, Lull Atk/Spd, and Flashing Blade. Since Infantry-effective and Sword-effective weapons are exceedingly rare, Lucina hardly ever has to concern herself with receiving 1.5x damage.

Since Lucina has multiple weapons to choose from, she can fit a variety of different roles. She can effectively play both Player Phase and Enemy Phase roles with Sealed Falchion, while her normal refined Falchion can be used for maintaining sustainability and possibly healing via Reciprocal Aid and Ardent Sacrifice thanks to its innate Renewal 3.

67 physical bulk and 61 magical bulk are on the lower side. Thankfully, the myriad of B slots Infantry units have access to and Sealed Falchion patch Lucina’s low bulk quite nicely.

By default, an Infantry Sword has a lot of competition from the likes of Mareeta, both Male and Female Byleth, Fallen Ike, Larcei, Shannan, and Male Kris. Lucina is still a very strong unit, but given her Gen 1 5*-locked status, many players may have trouble justifying investment in her over investment in more recent units.

When life gives you HP boons, make a rare Panic Ploy Lucina build. If her HP runs low, her bonds shall give her strength.

Jokes aside, this is largely experimental. I haven’t tested it a WHOLE lot yet, but so far, it’s working surprisingly well.

Lucina - the obligatory speedy sword lord
F!Robin - the family buffer and colorless defense
F!Morgan - terrifying teleporting blade mage. Gets buffs from Robin, then teleports herself and her family around with Guidance and Aerobatics. Also an excellent magic tank.
W!Chrom - armored distant counter tank

Works best when you keep everyone close to each other. Their bonds give them strength. (Yes, I just made that joke twice.)

She was my very first pulled 5* that yet remains as a 5* (4*+10'd some, such as Ogma).
Her damage was always dissapointing to me, making sense later as her Atk turned out to be the bane, so I never invested much into her, hence this was what she still remains as.

This is the build I use for her. Even if she has almost no defenses, if she manages to take a non-fatal hit (like activating a Savage Blow on a OHKO against an enemy) she becomes a beast. That +5 on everything Sealed Falchion gives her is absolutely awesome, and if you also have that Brazen going it's a whole lotta damage. Should make it through most green stuff.
Only would recommend if you have a bulky flier that can take her back to safety (in my case I use Sumia with Draw Back and also make use of her Link) or a dancer that can boost defense or resistance.
For a Gen 1, Lucina is very good even when tough stuff for her like L!Tiki do exist.

This build is ideal for those wishing to make Lucina into a pseudo-healer. With Refined Falchion’s effect alongside a Renewal B-skill and seal, she gets 30 hp every 2 turns. Reciprocal Aid swaps her hp with an ally’s, using her to heal them and then heal herself with the triple Renewal. Aether increases both her attack potential and her healing ability.

In order for this build to work, Lucina has to be close to her allies. The Awakening refine provides +4 to all of her stats when adjacent to an ally. Atk/Def bond 3 pairs well with this, raising her atk and def by 9 when she is beside an ally. Breath of Life 3 restores 7 hp to these allies, allowing her to further heal them.

Because of her healing effect, I often use my Lucina for Tempest Trials, Chain Challenges and Arena. If you’d rather prioritize her ability in combat, simply swap the Renewal seal for Spd/Res bond, and Aether for your choice of Moonbow or Glimmer. This can work better for less time-consuming game modes such as story maps, where she may not get many chances to use Aether or heal her allies.

Another part of this build is a support ally with spur skills. I tend to use Brave Lucina because of her weapon’s buffing effect, although anyone could work. The two should travel around together, using their combined power to defeat foes.

My very first 5* unit, free summoned. Lucina carried me through pretty much the whole game, and without a doubt deserves my Summoner Support spot.

A semi defensive / aggressive build for Lucina focusing on dishing out has much damage as possible, whether close-up or countering from afar while maintaining her HP. This build is expensive, and requires premium skills but is worth it in the end. The basic idea of this build is to place a teammate next to Lucina for the Bond Falchion effect to buff ATK for Heavy Blade and SPD to ensure a double. After the first combat (preferably during Enemy Phase), assuming Lucina doubles and procs HB, she will take out one enemy and has the ability to immediately devastate another with a fully charged Aether powered by Wrath during the Player Phase. Lucina will then heal up most, if not all her health and be ready for the next round of combat.

In my opinion, Lucina is one of the most versatile heroes in the entire game, since she can serve as an offensive sweeper, dragon slayer, combat medic, and defensive tank given the right build. I personally cannot imagine having a team without Lucina or Masked Marth since dragons are running rampant in Arena as of now. She may have been overshadowed by Ayra, Soleil, and now Karla for the longest time, but her lower BST is patched up by the Bond Falchion refine (which is better than Sealed IMO), granting her basically a 20 might legendary weapon. Bond Falchion becomes even more relevant when Lucina is adjacent to a buff bot such as Brave Lucina, and can easily take advantage of those buffs on top of Bond Falchion&#039;s effects. Basically, she has the potential to stack a crazy amount of buffs given the right set-up. Finally, Even Speed Wave allows Lucina to catch up to the likes of speed demons such as Ayra and Karla even without Bond Falchion&#039;s effects. On even turns, she gets 44 Speed, which can be increased further to 48 with Bond Falchion.

Now, all there is left to do is to get merges to take her even further. 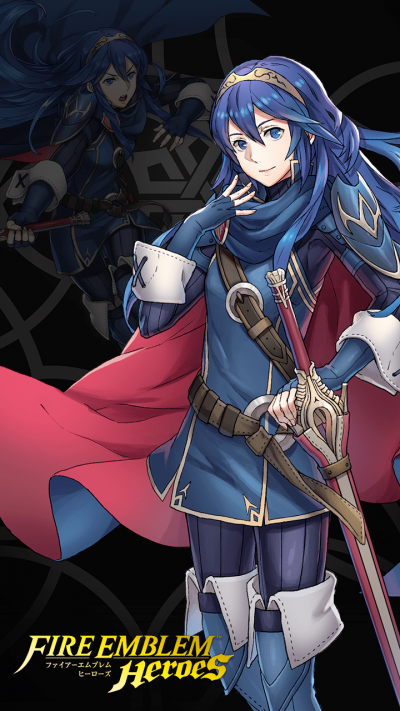 Quick LLC question
I’ve never paid attention to this feature, and I’ve been thinking of making a fishing…
Need Help with V!Alm weapon activation conditions
Good evening all, I was wondering if someone could help fill me in? For my V!Alm, his…
They said it couldn’t be done
They said it was impossible. That no one could make it happen. But today, I finally…
Steampunk Echidna
Echidna is by far my favorite sprite within the game, and when I have put in the mad…
Happy birthday, Lucina! (2021 edition)
Hey! This is a little surprise post I secretly planned in a whim yesterday to share it…
Read More