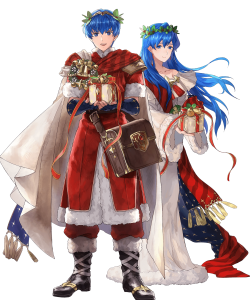 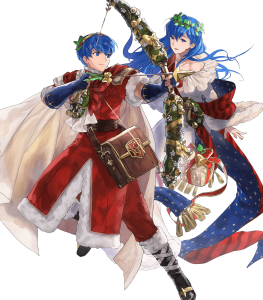 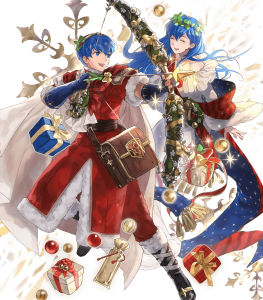 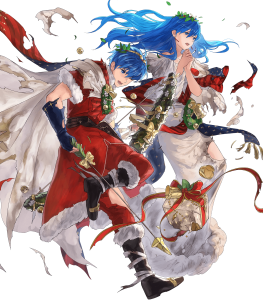 With a solid 36 Atk and excellent 41 Spd, Marth and Elice deal good damage and have strong follow-up control.

With the help of an incredibly powerful and potent personal weapon, the duo can consistently score 2HKOs on ranged enemies before they can even attack.

Naturally, the Royal Altean Duo has the series’ titular Special. Fire Emblem is a 2-cooldown Special that boosts damage by 30% of the duo’s Spd when activated, in addition to granting +4 to all stats to the entire team after combat.

Assuming no Guard effects are active and the duo can perform a follow-up attack, Fire Emblem will be activated on their follow-up counterattack before the enemy can attack, aiding in securing 2HKOs.

Granting +3 to all stats and Bonus Doubler to both the duo and Armored and Flying allies within three rows centered on the duo, the Royal Altean Duo’s activatable Duo Skill is…rather underwhelming. However, what is not-so-underwhelming in the context of Aether Raids Defense is the ability to enable Duo’s Hindrance, a structure that prevents enemy Raiding Parties from activating their Duo Skills.

Access to the excellent Fighter and Far Save families of B and C slots respectively significantly improves Marth and Elice’s combat consistency and convenience of use. Savvy Fighter is a particularly strong B slot choice, as its Null Follow-Up effect neutralizes the enemy’s follow-up prevention effects that would otherwise result in the duo only attacking once before the enemy can attack. The Far Save family of C slots allows Marth and Elice to take the place of an ally within two spaces if they are attacked by a ranged enemy, which synergizes nicely with Tanngrisnir’s ranged-exclusive effects.

A substantial number of effects can throw Marth and Elice for a loop, including:

When their full kit functions, the Royal Altean Duo is arguably the best Far Savior in the game, which says a lot. However, should any—or a combination—of these effects be present on the enemy team, the duo may be hard-pressed to find their footing and spread their Winter cheer.

Grants Atk/Spd/Def/Res+3 and【Bonus Doubler】 to armored and flying allies within 3 rows centered on unit. (That turn only. Does not stack.) 【Bonus Doubler】 Grants bonus to Atk/Spd/Def/Res during combat = current bonus on each of unit's stats for 1 turn. Calculates each stat bonus independently.