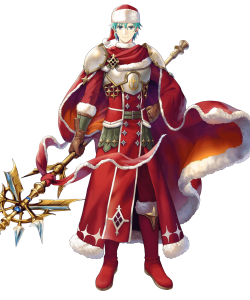 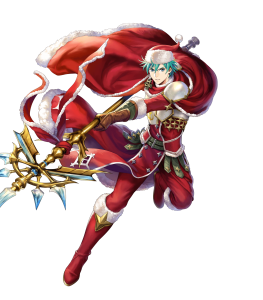 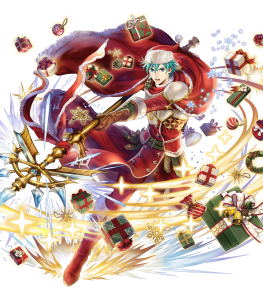 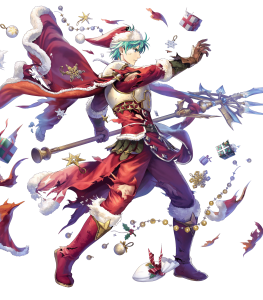 Originally a pretty underwhelming weapon geared for offensive play, Festive Siegmund’s unique refinement essentially pulls a full one-eighty through a more defensive lean — and boy is it an improvement.

Winter Ephraim’s armored status is another contributor to his sheer excellence, particularly via access to the Savior skills: powerful assets that let him exclusively focus on his preferred enemy-type and assist his allies' matchups. In most cases, this means operating as a Near Save ally to leverage his innate melee range and dominate against one-ranged foes without ever having to worry about ranged magic threats exploiting his lower Resistance and Speed. This coupled with the incredibly powerful Fighter skill line ensures Winter Ephraim always maintains a plethora of assets to exploit for maximized performance.

Despite his introduction relatively early into the game’s lifespan, Winter Ephraim’s statline holds up surprisingly well. His base 41 Attack and accompanying four-point Asset in the stat remains one of the best values in the game, making him a consistent source of damage even before his Brave effect becomes active and converting him to an absolute monster when it does. Further, his physical and magical bulk is pretty respectable and lets him remain relatively healthy in the midst of trading blows.

While his armored status is absolutely one of the main reasons Ephraim is as good as he is, it also imposes some hindrances through constant weakness to armor-effective damage — the likes of which only continue to become more prominent — and poor mobility options. However, though they are certainly mechanics to consider whenever maneuvering the winter lord around the map, these weaknesses are not exclusive to Ephraim as they apply to the armor class in general, and the movement issue is pretty easily solved nowadays through ally effects like Tana’s Fruit of Iðunn and Ash’s Horn of Opening.

The solid values Winter Ephraim features across-the-board come with a harsh impact on his Speed, leaving him with an unimpressive value of 27 to work with once Festive Siegmund becomes active. Although his damage is typically high enough such that being susceptible to follow-up attacks and Null Follow-Up isn’t the biggest deal (as he can pretty easily just defeat his opponent before their second attack), having such low Speed can become an annoying detriment in the face of Windsweep and Dodge-wielders who can subsequently mitigate his actual impact.