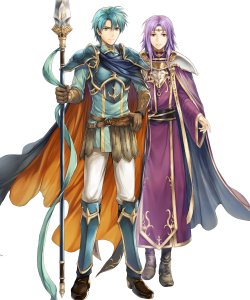 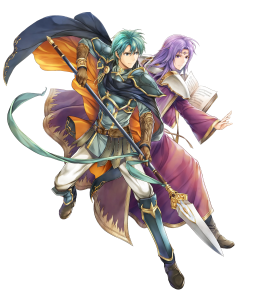 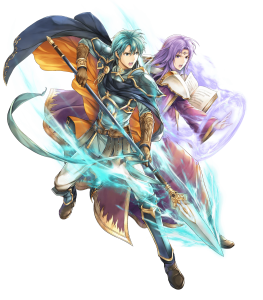 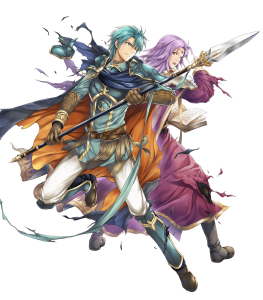 He Wants to Order (Offensive Nuke)

Among a few other select units, Ephraim’s refined Reginleif is basically an answer to the question: “What if we make an infantry unit actually a cavalry unit — but better?”

The combination of +1 movement on even turns, immunity to forests, and 【Canto (Rem. +1)】all make Ephraim an extremely mobile unit who can easily overextend into enemy range without much demerit, granting a plethora of offensive and retreating options during the Player Phase. This becomes especially highlighted through his superior skill access compared to normal cavalry units, including Odd Tempest to maintain a permanent three-tile movement every round.

Reginleif, however, takes this heightened mobility one step further by supplementing this with pretty useful in-combat mechanics, securing his follow-up attack, denying that of his foes, and boosting all of his stats by a potential +8 for free — none of which are particularly exciting, but still coveted to solidify his consistency. The weapon also features a rare (and very powerful) strength in carrying dual effectiveness against cavalry and armored units, with bonus damage against the latter on an offensive unit being extremely useful for tankbusting.

At a strong base value of 39, Ephraim’s Atk is definitely his strong suit and enables him to make great use of Reginleif’s miscellaneous benefits to become a lean, mean, damage-dealing machine, in addition to letting him make good use of skills that scale off the stat (most notably, Heavy Blade). The prince isn’t slacking in the physical bulk department either; a starting value of 78 is very solid to ensure he can trade blows against opposing physical hitters without suffering too much because of initiating.

Like all other Duo Heroes, Ephraim’s status as one grants him a few appreciable bonus advantages, such as an inbuilt Duel effect for Arena scoring purposes and the ability to enable Duo Structures in Aether Raids. It’s worth mentioning that including him to trigger Duo’s Hindrance in Defense compositions, in particular, is much more effective now post-refinement, as he can maintain his cavalry-esque movement without needing to be under player control to use his Duo Skill.

Speaking off, the current state of Ephraim’s Duo Skill is a bit… complicated. It’s definitely not nearly as strong as that of more recent Duo Heroes, nor is it really necessary to trigger for him specifically as he can maintain cavalry movement entirely through skills now. Using Duo Skills in Aether Raids is also finicky given the popularity of the Duo’s Hindrance, entirely preventing access to them. All that negativity aside, though, Ephraim’s Duo Skill is still – if nothing else – a neat support tool when it is accessible as it also buffs the movement of nearby infantry and armored allies (not just his own), allowing for greatly expanded offensive pressure.

As mentioned previously, part of Ephraim’s strength lies in his ability to pair his cavalry-like nature from refined Reginleif with the astounding skill flexibility granted to infantry units. Beyond Odd Tempest to ensure he can always move three spaces, this means having access to  numerous powerful abilities like Lull Atk/Def, Tempo Skills, Infantry Pulse, and Null Follow-Up, helping him achieve a strong degree of consistency.

Neither of Ephraim’s Spd or Res is actually that bad considering his archetype — especially as he can get a +8 boost to both of them for free – but they’re still pretty middling all the same. This can create issues in combat, with his mediocre Spd making it unlikely that he’ll be able to naturally perform or evade follow-up attacks against his foes; instead, Ephraim will likely often rely on Reginleif’s follow-up mechanics for both, which is problematic in a meta where most relevant units have some form of Null Follow-Up available to them. His Res also puts him at risk of taking significant amounts of damage against incoming magical threats, though this is moreso of a problem if you leave him in range during the Enemy Phase (which you really shouldn’t anyway).

Grants Infantry and Armored allies within 2 spaces of unit (including unit) to move 1 extra space. (That turn only. Does not stack.)