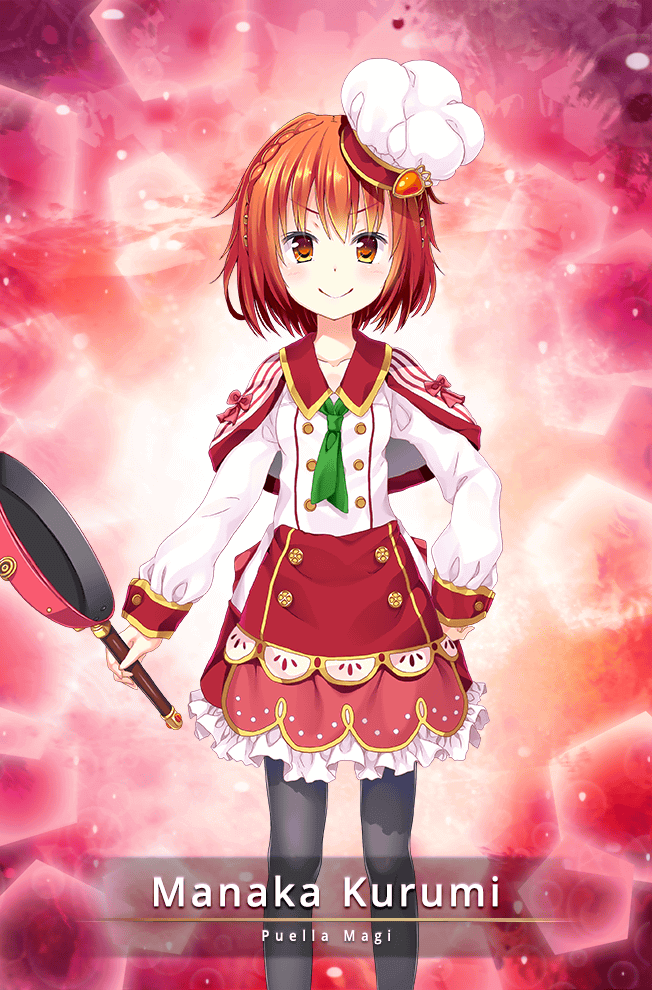 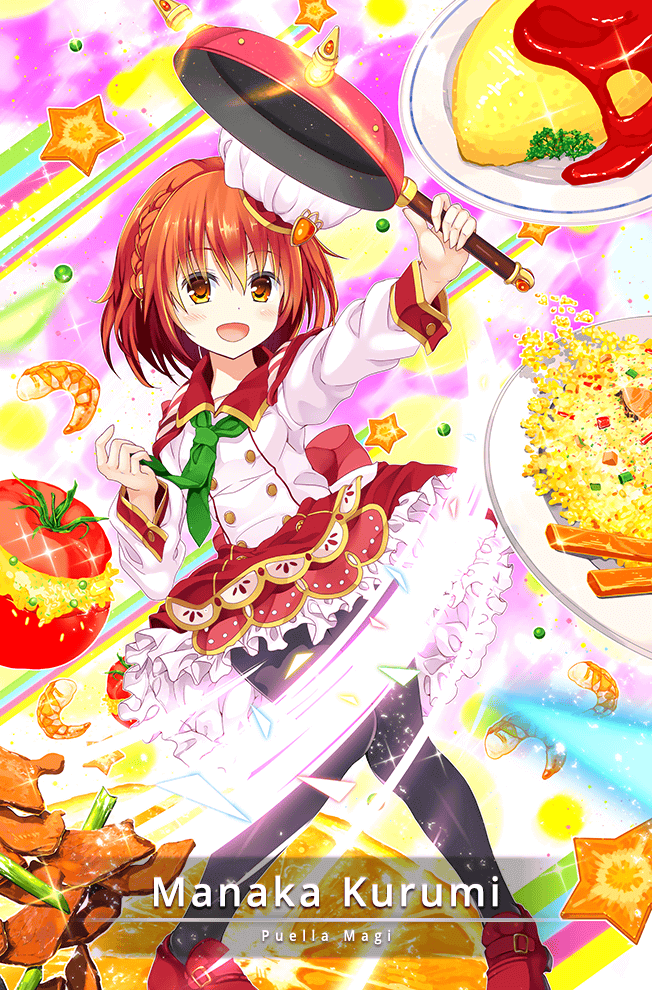 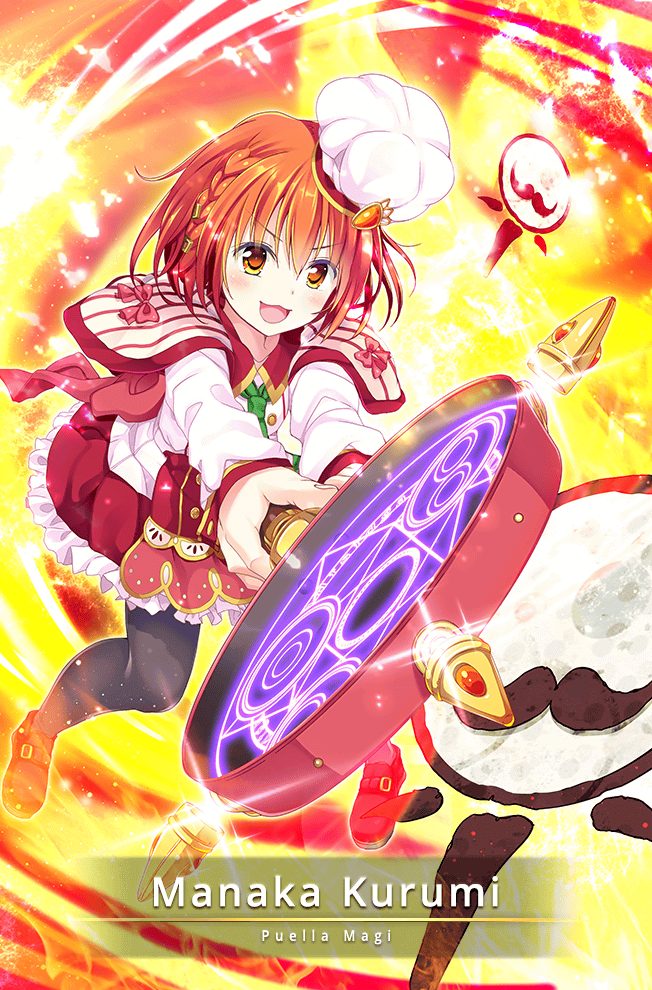 A Magical Girl who is a great chef just like her father. Manaka's family runs a cozy, old-school restaurant. Her cooking is second to none, and her irritating overconfidence is her only flaw. That said, she is just proud of her hard work and has no ill intentions. 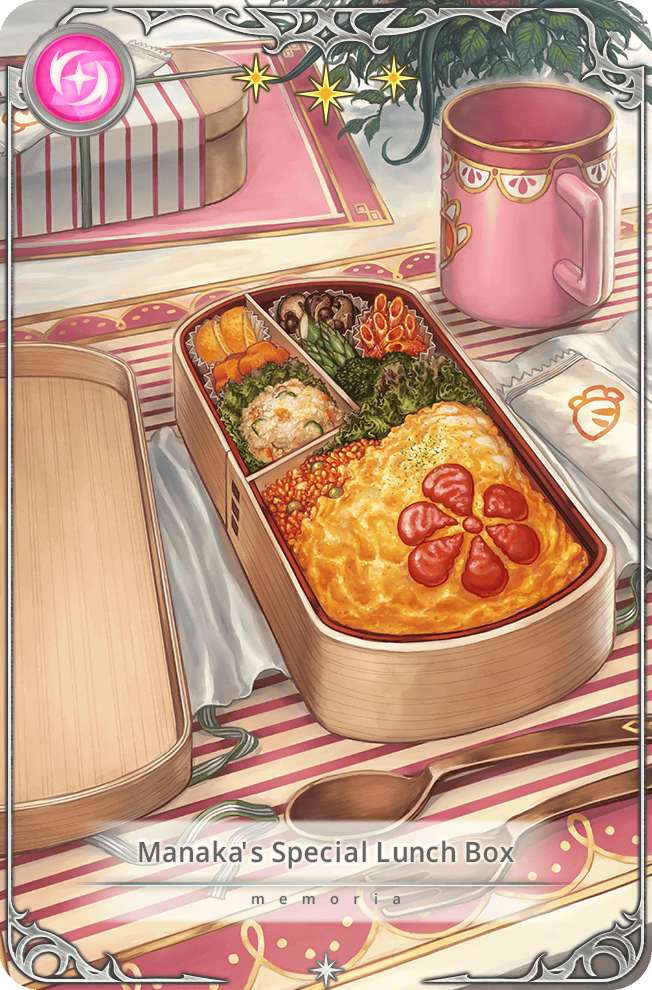 Manaka's connect will heal you and increase your attack, which makes it the perfect combination of offense and recovery capabilities. Her Magia attacks in a vertical column which is better than a single target but not as great as an AoE magia.

Since Manaka is only a 2 star girl, her initial and subsequent stats aren't as great as those of a natural 3 or 4 star. Add to that she hasn't been uncapped even in the JP version yet and she may not be that useful in the long run. Her personal memoria also has a 13 turn cooldown rate which means you'll really only be able to use it the one time in any battle.

Manaka's connect will not only heal your injured magical girls but increase their attack stats as well which is perfect for Mirrors.

Due to being a 2 star girl, her stats are rather abysmal even at 4 stars which means she won't stick around very long.

"Iroha of the Midsummer Beach" is a passive that will increase Manaka's attack stat as well as the amount of MP she'll gain, allowing her to unleash her magia more often.

"Walking the Same Path" and "Unwavering Light" will both keep Manaka healthy, ensuring she lives long enough to keep the rest of your team healed. "Entwined Path" will also boost her damage output whereas "Unwavering" will boost the amount of damage her magia will do. 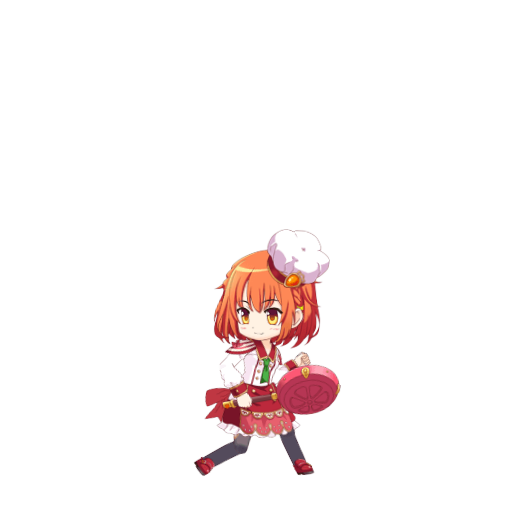 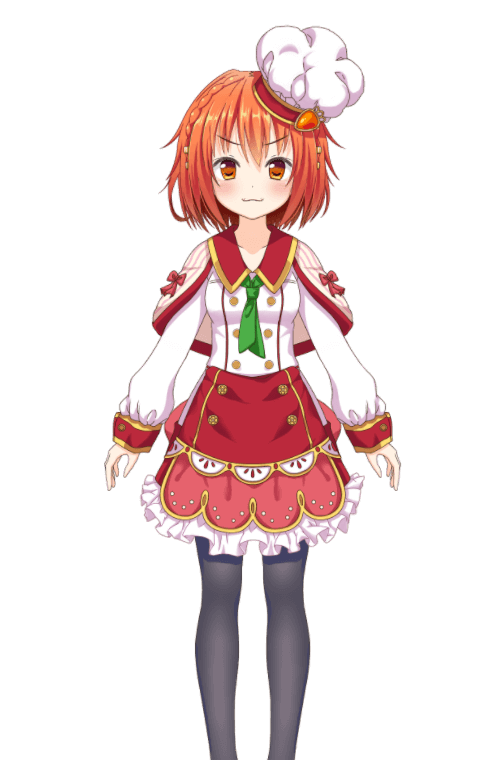 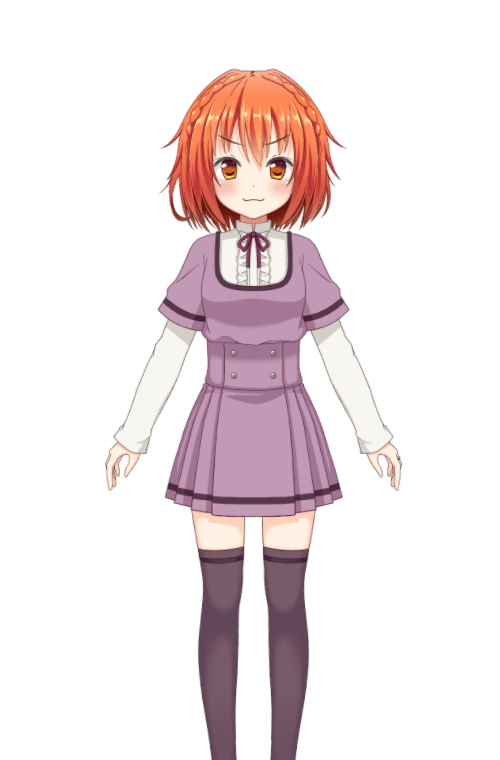 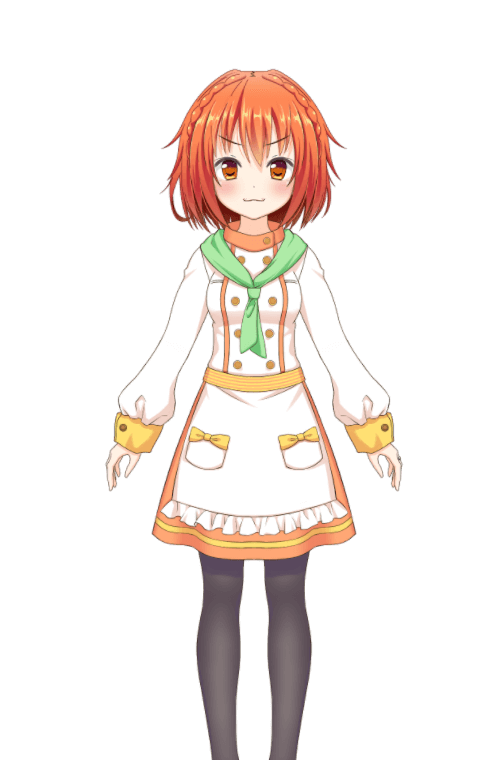 Manaka Kurumi comes off as a little arrogant due to her strong self-confidence, but she has no bad intentions and feeds everyone she can. She is the successor of her father’s restaurant, and was pushed towards applying to a prestigious school so she could raise the status of their now failing restaurant.

Kyubey kept pressuring her to contract, but she refused time after time again, even when she wasn’t accepted to St. Lillianna’s. She even offered to cater the luncheon between Mizuna and St. Lillianna’s, but the student council declined. Kyubey offered her a contract once more. While Manaka finally agreed, she instead wished for the chance to spread her restaurant’s flavors, believing that the restaurant will succeed if only people would try it. She was then asked to cater the luncheon after their caterer cancelled and her cooking skills became famous among the schools. The student council even allowed her to sell her special bentos at lunchtime.

Manaka will feeds anyone who is hungry without compensation, which Kyoko Sakura and Sana Futaba often took advantage of.

Read more about Manaka's story on the Puella Magi Wiki.