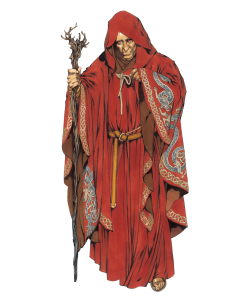 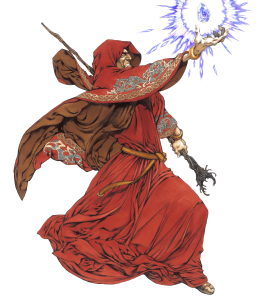 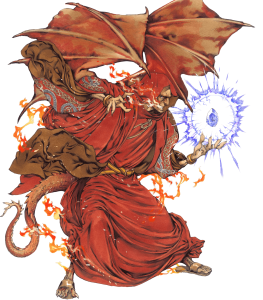 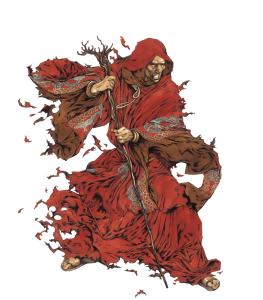 Being added straight into the three and four star summoning pools, the elderly fire dragon, that keeps a watchful eye over Naga’s daughter Tiki, arrives as an accessible red dragon for Summoners to keep an eye out for. Bantu may not be anything very spectacular to the common Summoner over previously accessible red dragons such as Adult Tiki or Garon, but this old dragon can prove that sometimes the most simple of beings can be quite efficient.

Bantu’s stats look to be promising from the start because he mirrors a popular dragon that has been around since the launch date, that being the blue dragon Nowi. Sharing Nowi’s HP of 45 and Attack of 34, and then taking one point away from Nowi’s Resistance and plugging it into Bantu’s Speed so that he reaches 28 Speed and 26 Resistance makes Bantu nearly a carbon copy of the youthful blue dragon. Outside of the slight redistribution, Bantu also has a few more base stats, sporting 35 Defense compared to Nowi’s base 30 Defense. This statline effectively means that any build that Nowi was able to run prior, Bantu will also be able to accomplish albeit being a red dragon rather than a blue dragon. Whether it be Lightning Breath sets or something more of a gimmick such as through his default Dark Breath, Bantu is surprisingly versatile enough and can easily carry himself to victory.

If Bantu seems interesting based on his statline, he will definitely prove to be a useful addition to a Summoner’s barracks. Unfortunately, Bantu’s statline is the only trait that he has going for him. Bantu lacks any form of unique weapon, which can put the old dragon out of the job, as any other dragon will likely be able to pull off any build he could try to run. Even if Bantu utilizes builds with inheritable dragon breath weapons well, it can be difficult to recommend him over another red dragon such as Adult Tiki who can run these builds alongside having her Breath of Fog to fall back on.

Bantu may suffer great competition in his red dragon duties, but this gentle hearted fire dragon is not quite ready to let his younger dragons get the best of him. Bantu still possesses strong enough qualities to warrant investing in should Summoners desire an additional red dragon or if they have yet to invest in the other accessible ones. With years of experience by his side alongside a burning passion to protect his adoptive daughter from harm, Bantu can scorch his opponents to the ground all while having enough time to pickle some vegetables for Tiki.

Bantu’s physical and magical bulk stats are strong, sitting at 80 physical and 71 magical bulk respectively. Bantu also sports a reasonable Attack stat of 34 alongside a surprisingly middling Speed stat of 28. Bantu’s Speed being at such a middling value is at the point where users can choose to push Bantu’s Speed to usable defensive values, or dump it entirely depending on what they are aiming for. Keen observers will note that Bantu’s statline is almost identical to Nowi, a popular blue dragon that has been held in high regard for a long time.

Bantu’s status as a dragon allows him to not only take advantage of adaptive damage against ranged units that do not have a means of negating adaptive damage such as through Mystic Boost, but it also gives him access to potent dragon breath weapons such as Lightning Breath for an easy way to utilize Distant Counter.

While Bantu may sport strong defensive capability, dragon effectiveness weapons such as Falchion, or the dragon effectiveness buff that can be bestowed through a skill such as Divine Fang can put Bantu in early retirement. Bantu users must take great care to avoid running into dedicated dragonslayers.

Unlike many of Bantu’s fellow red dragons, Bantu lacks a unique weapon of his own forcing him to have his statline be his major selling point. While his statline is certainly strong in its own regard, units such as Adult Tiki with her Breath of Fog or Garon with his Breath of Blight can make Bantu look less interesting in comparison.

Momori
@RaiKiri94 wrote: Hi guys, i recently summoned her in this…
Green egg plus use
@mooneclipse wrote: so i got the S! Camilla manual and i…
Legendary Robin (F) - Best builds discussion
@Orcslicer wrote: Hi everyone. With the last mythic banner,…
Hall OF Forms II
@George_Calibur wrote: Part 2 goes! Those things are weird……
What do we think could be on the next Feh Channel (if there is one)
@Sir-Emblem wrote: What do think could be on the Feh…
Read More