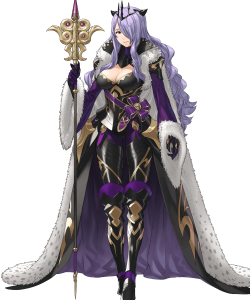 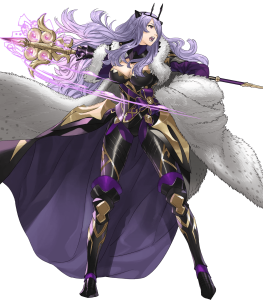 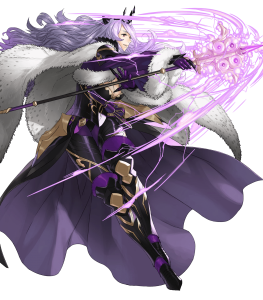 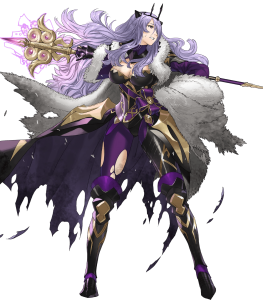 Camilla’s refined Sanngriðr is extremely powerful, giving her a hefty boost to her offenses and a potent Defense and Resistance debuff in addition to its innate Gravity effect, letting her hit incredibly hard while preventing foes adjacent to the target from chasing her down.

Camilla’s 33/37 offensive statline gives her a good baseline for performing follow-up attacks and dealing damage, especially when coupled with her refined Sanngriðr.

Brave Camilla thankfully has all the skills she needs to succeed as a hit and run unit, but her skill restrictions due to her movement and weapon type give her very little room to deviate outside of her niche(Although thankfully, that niche is quite strong).

Camilla’s base 21 Defense and 25 Resistance leave a lot to be desired, and this means that hard-hitting foes on either side of the spectrum will have little trouble taking Camilla down in one round of combat, so avoiding Enemy Phase combat is a must for her in most cases.

In the Mind of Ronan
Hello everyone, as already announced, the analysis for Ronan is published today. I…
Question about Shield Pulse & Hardy Fighter pre-charge
You know the -2 pre-charge “at the start of Turn 1”, is it like Special Spiral/Time…
Narrow Analysis of Black Friday Banner
This banner is big value. Let’s start with the key units: A.Mareeta: very strong unit…
Thoughts on Frequency of PoL?
I barely managed to finish two runs because I was busy with jobs and shopping. Not…
Merge OP
Are you all aware how awesome merging is when you’ve fully invested into a unit and…
Read More