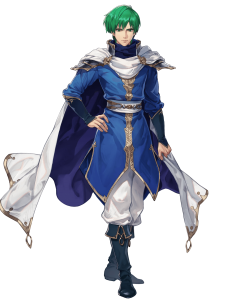 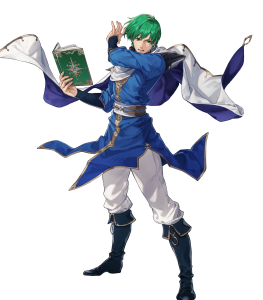 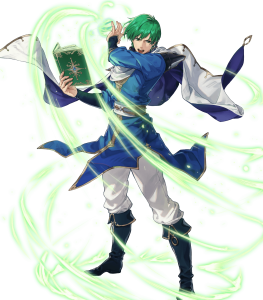 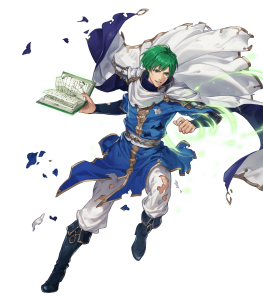 35 base Attack is respectable, but Ced’s real defining trait is his incredible base Speed. An Asset puts Ced at 42 base Speed, or 45 after accounting for the Winds of Silesse, paying homage to his title of fastest man in Jugdral. These offensive stats make Ced a competent mage.

Ced doesn’t have the best defensive stats, but his 31 base Resistance is useful for sustaining magical damage and setting up his HP for skills like Desperation and Brazen Atk/Spd.

Ced’s PRF tome, while strong, does have some frustrating limitations. Ced cannot benefit from Spur skills or other buffs that require Ced to be adjacent to an ally. Other skills like Atk/Spd Oath are also more difficult to take advantage of.

Ced’s base Defense is very poor: 19 Defense alongside his 37 HP makes Ced incredibly vulnerable to physical attackers. He should avoid these opponents at all costs.

More Power!
The time has come for triple DC. Moooorrreeee Power! Absolute Power! 10…
What is one unit from each color that you wish you had?
I’ll start. Red: Ascended Mareeta Blue: Hatari Karla Green: Spring Sonya Colorless:…
Def/Res Ideal 4 Users
So I’m a big fan of the idea of just raising a unit’s def/res through the roof to be a…
I never knew this about canto
I never really considered how canto interacted with skills like Close Call. Tried it…
Seldom Seen +10s
Or just seldom seen high invested units. Basically show off your high invested units…
Read More