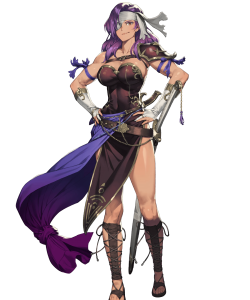 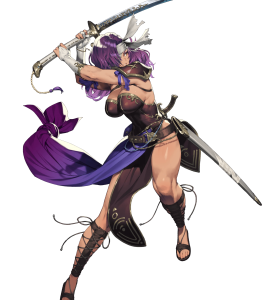 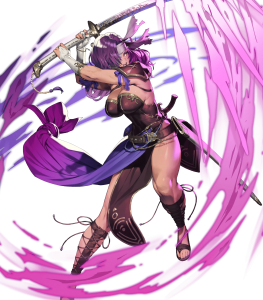 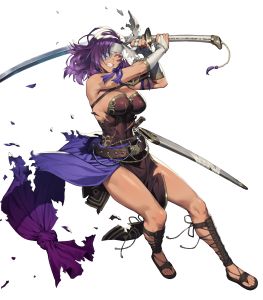 So we roll the dice... (Galeforce)

40/39/43/32/28 is a simply fantastic statline that allows for high offensive and defensive capabilities. Even her 67 magical bulk is workable, especially considering this is without any support from allies and damage reduction from Skills such as her native Spurn.

While Armored units are once again taking over the meta with the addition of Near Save and Far Save, Infantry status is still nice for access to Skills that increase consistency and flexibility. Such Skills include Null Follow-Up, Null C-Disrupt, Odd Tempest, Even Tempest, and the Spurn family.

This is a nitpick at best, but Malice requires irreversible investment via needing Dragonflowers to use Spendy Scimitar to its fullest potential. While most players can probably throw 1-2 Dragonflowers Malice’s way without much thought or concern, players that are currently investing Dragonflowers into other Infantry units may be hard-pressed to spare even 1-2 for Malice.

It would be an understatement to say that there are a lot of Infantry Sword users in FEH. As such, only the best of the best or most unique ones can stand out amongst their peers, and Malice arguably falls short of this.

Perhaps her most direct competition is Ayra; in addition to having Regnal Astra, Ayra’s Blade grants +3 Atk/Spd, -1 Special cooldown, and +4 to all stats and 20% damage reduction on the enemy’s first attack if the enemy’s HP is ≥ 75% HP at the start of combat. In addition, it has the same effect as Speedy Scimitar: it neutralizes effects that slow Ayra’s Special charge or hastens the enemy’s Special charge. Regnal Astra and 20% damage reduction separate Ayra from Malice, and not in a way that is favorable for the latter; Ayra’s nuking and survivability capabilities are stronger thanks to these. While Malice’s base stats are much higher, the 15 Dragonflower gap between her and Ayra closes this gap significantly. At the very least, though, Malice is likely a stronger Galeforcer due to higher offenses.