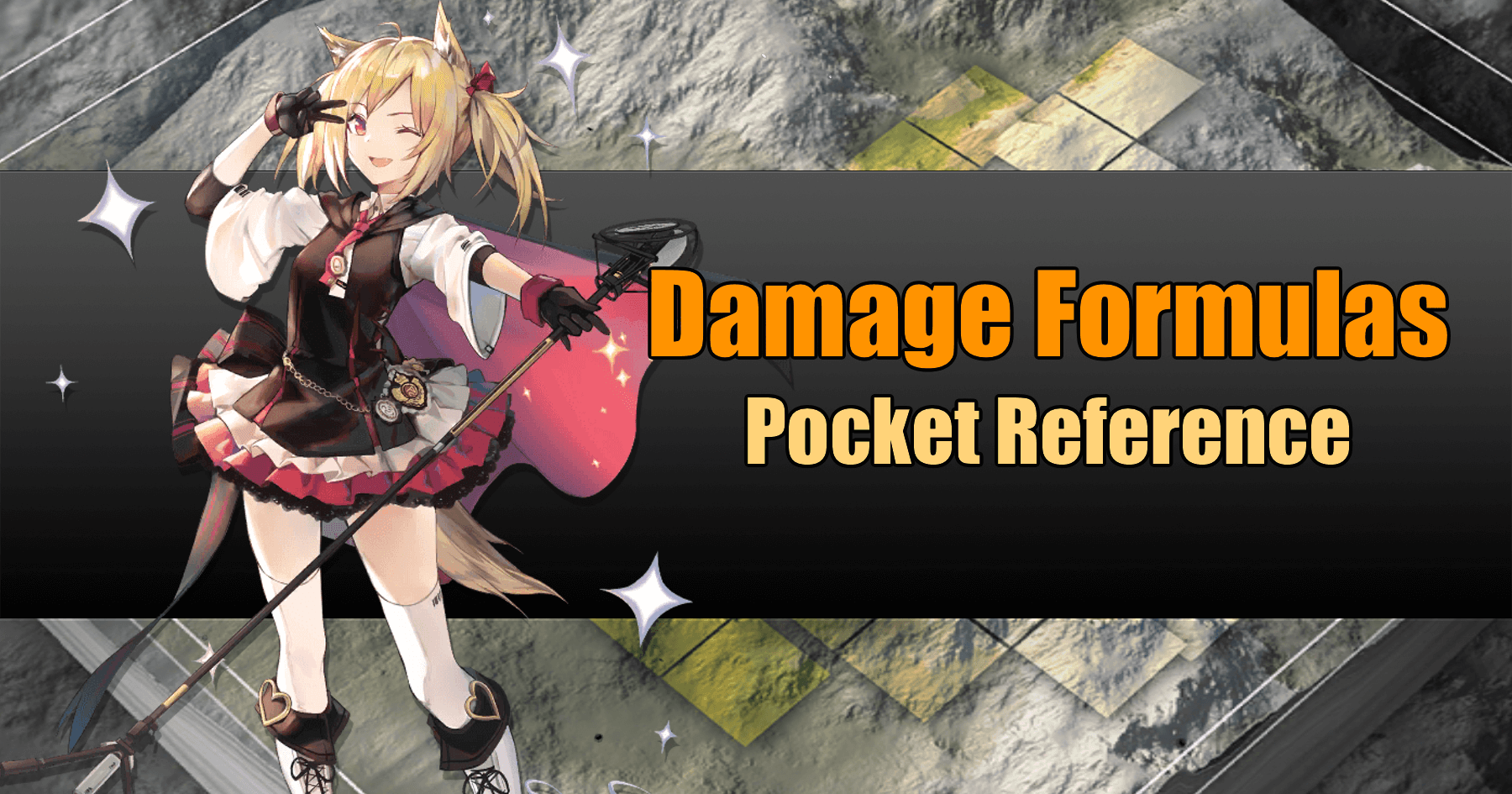 Knowing Is Half the Battle!

(the other half is the battle with Sanity)

In this reference document we will present what are generally believed to be the damage formulas for Arknights in a concise format and offer links to more in-depth information and examples of the formulas presented.  The formulas presented here are not of my creation.  They were shared with me by Kawa and, to my knowledge, come from the RIHQ Discord.  My goal is to share them in a concise format, explain what they mean, and list Operators that have relevant abilities.  I am not a mathematical genius, in fact numbers frighten me, so if you find any errors in my calculations or conclusions, please contact me via Discord.

Included with Arts_Damage Takeaways below.