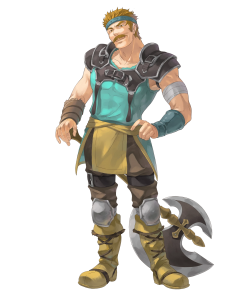 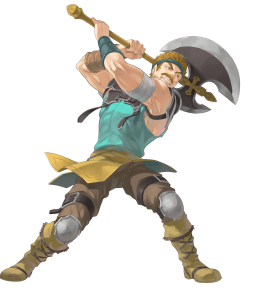 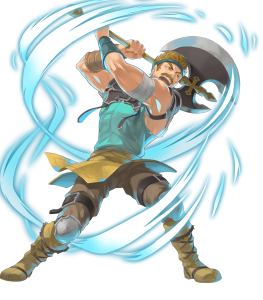 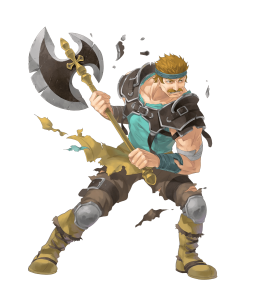 Perhaps the manliest meme in the game besides The Reinhardt, Bartre is also fortunately compounded with good in-game viability. At the expense of his Resistance—which pretty much rules out hard survivability in most statistical magical matchups—Bartre's statline is otherwise rather generous for a first-generation axe infantry. In particular, he sports exceptionally high Attack and HP values of 49 and 36 among his infantry brethren, allowing him to both hit hard and nicely utilize HP-based skills such as Infantry Pulse and Panic skills across all builds. His Defense is nicely invested for reasonable instances of physical punishment. Though his resulting Speed comes out to be rather middling at a base of 25, it can potentially improve to a more practical offensive and defensive value thanks to its superasset combined with the use of certain tools.

Besides his nicely allocated stats, perhaps the main reason to consider Bartre as a good investment for most players is his unique weapon: Axe of Virility. In high-investment Arena and Arena Assault environments in particular, highly-merged armored enemies are simply galore. Bartre thus already excels as a nice low-investment choice in these modes thanks to his weapon's armor effectiveness combined with its refined Fury effect as well as Bartre's awesome base attack power. Considering other tools such as Null Follow-Up, Wrath, and Lull skills, it is not uncommon for The Fearless Warrior to outright manhandle near-entire armored compositions by his lonesome.

Don't be fooled by the memes and the fact that he may come up annoyingly often in green snipe summons; being cheap to build while having both good stats and a great generalist, anti-meta weapon makes Bartre one of the best soft investments in the game.

Bartre is one of our recommended units for a Duel Skill build. For more information on Duel Skills, see our guide to G Duel Infantry.

Bartre's unique weapon is his prime reason of usage over other infantry axe units. Axe of Virility not only hits armored units super effectively—thus giving Bartre a ton of value in high-scoring environments where these types of enemies are simply everywhere—buts its Fury effect is extremely welcome for improving Bartre's stats as well as other resulting benefits.

A base Attack stat of 36 is still nothing to sneeze at by modern standards, and combined with Axe of Virility, this allows Bartre to dish out a beefy amount of single-shot hurt on anything (especially armored units) without exceptionally fortified Defense.

Bartre's base 49 HP is still yet the highest among infantry units at this time of writing. Consequently, he is able to use HP-based skills such as Infantry Pulse and Sudden Panic quite well, affecting even the best of high-HP allies and enemies. Said HP also contributes to his physical survivability appreciably.

Thanks to the refined Fury effect of Axe of Virility as well as a superasset, Bartre's mundane Speed value of 25 can be lifted to more-than-serviceable heights. If built correctly, this helps him withstand assaults without getting doubled while achieving natural follow-ups of his own. Bartre's good Defense also functions well in melee matchups, hunkering down on physical punishment in both offensive and defensive builds.

Null Follow-Up works beautifully on infantry units with armorslaying weapons, and Bartre is pretty much no exception to that. Bartre also enjoys employ of other useful type-locked skills, such as Wrath and Sudden Panic, and benefits from outsourced support skills including refined Geirskogul and Infantry Rush.

Bartre's main downfall in practical matchups. Most mages and dragons have no problem eating through Bartre's health, and may obliterate him ouright given his health is low enough or they are able to perform a follow-up attack. Bartre should never come into a serious magical matchup unless he can defeat the foe and come out alive.

Without the Fury effect of Axe of Virility, Bartre is honestly pressed for good Speed-based matchups. Still, his base 25 Speed inherently limits him to average Speed matchups with minimal to average investment. Faster sword or magic units who can afford as much superinvestment in Speed as certain builds have no trouble keeping up with Bartre's setups centered on that. 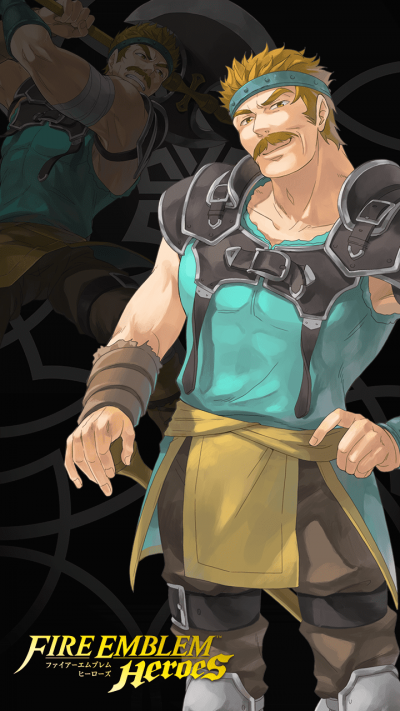