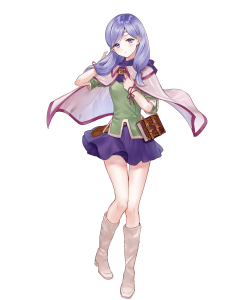 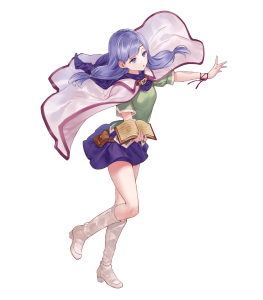 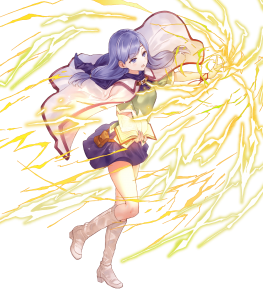 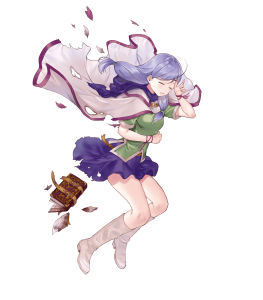 Escaping the Past (Player Phase)

While Ilyana’s 39 HP is quite low, her 40 Resistance is superb, allowing her to have 78 magical bulk. With so much, she’ll be able to survive several magical attacks with relative ease, especially with investment and support. In addition, she can take great advantage of Specials such as Iceberg and Glacies.

Blue Tome users have received a pampered treatment from Intelligent Systems, as they have a variety of great weapons to choose from, including Flora Guide, Spooky Censer, Tannenbit, and Ilyana’s native Blárfox.

As an Infantry unit, Ilyana has access to a myriad of excellent skills, including Mirror Impact, Special Spiral, Lull Atk/Res, Panic Smoke, and Pulse Smoke, all of which improve Ilyana’s damage output or tanking ability.

Unfortunately, Ilyana’s 38 Attack is held back by her mediocre 32 Speed. Without a lot of investment and/or support, she will frequently fail to perform and avoid follow-up attacks.

39 HP and 17 Defense sums to a terrible 55 physical bulk. Surviving just 1 physical attack may prove to be a challenge, and with her Speed leaving much to be desired, becoming a mixed tank is exceedingly difficult.

Ilyana is faster than most people realize. With the help of debuffs and her own buffs, she can outspeed most units effortlessly.

Blárfox with Lull Spd/Res makes it so the opponent has no buffs of their own and has an invisible -7 speed/res debuff. If you have an extra Lysithia lying around, definitely give it to Ilyana.

Res Ploy can also assist in -5 visible res. Ilyana has some of the most res in the game and has the highest for a 4* unit so ploy skills on her is a must-have.

Spd/Res solo+Swift sparrow is a mix of high damage output and res tanking in the player phase. She gets +4 attack +10 speed and +10 res in the player phase if she&#039;s by herself and her iceberg is sure to do a lot of damage. If you have swift sparrow 3 you definitely run it over 2 but even with she still puts in work.

Overall Ilyana is a strong blue mage with high attack and res with underrated speed. Her B Slot is a bit premium but it can be made up for with chill skills or even desperation at higher merges.