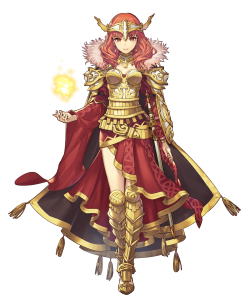 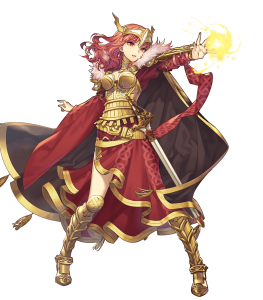 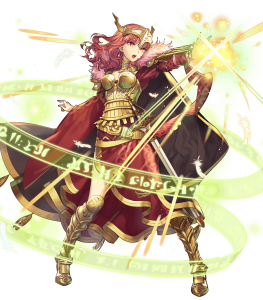 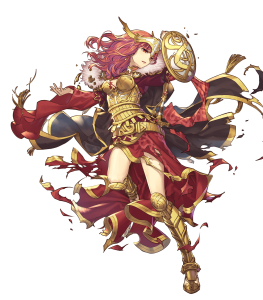 As long as Celica's Speed and Attack aren't impacted negatively, most IV combinations will do. Seeing as she is an offensively-tuned hero, offensive stats will, of course, be her main lookouts.

Legendary Celica faces little shortages in offensive might due to her starting base 38/38 offenses, which are simply spectacular especially when compared to previous competition. Whereas her Attack allows for great consistent damage across most builds, her already-indomitable Speed is further improved by Saintly Seraphim's innate +3 Speed and also benefits from a superasset (meaning an additional four Speed rather than three).

With her unique B slot skill, Legendary Celica doesn't have to face a common dilemma most highly-invested mages face: choosing between Desperation or Null Follow-Up. Soul of Zofia bundles the effects of these two skills into one neat package, meaning Celica can always make uninterrupted consecutive attacks whenever she can perform follow-ups.

Like Legendary Alm's Lunar Arc, this tome attack acts as the source of much of Celica's sheer might. Saintly Seraphim strikes fear in even the most fortified of defensive threats as it targets 25% of their Resistance as true damage. In essence, Saintly Seraphim is applying Moonbow on top of whatever damage Celica is already doing, making her near-unwallable. The cherry on top is the bonus +3 Speed, which is always helpful in achieving follow-up attacks and generally making Celica that much more of an offensive force.

As a Pair Up Legendary, Celica is gifted with a number of privileges during Fire season (bordering on unfair!). Firstly, she increases the scoring of Fire-blessed allies as usual, and her Coliseum scoring is treated as if Celica herself has a stat total of 175. As a result, her infantry mage status (normally a pitfall in scoring) will never burden your scoring in environments such as Arena or Allegiance Battles. Secondly, she benefits from the blessings of mythic heroes in Aether Raids and increases your Lift accordingly. Peony, in particular, is a strong partner in Light season due to her refresher status and Speed blessing.

Legendary Celica has the usual "fast mage" weakness of below-average defensive stats. Though her overall bulk usually allows for one survivable scrap most of the time, Celica has trouble taking repeating punishment besides that. Particularly concerning is Celica's physical Defense, which makes initiating against dragon and physical distant countering enemies a bit of a stressful venture.

Celica's intended playstyle and statline results in a fantastic player phase performance. Unfortunately, the same sadly doesn't apply to her enemy phase which is nearly non-existent.

As far as singular nuking is concerned, Celica has tons of competitors in Julia, Brave Micaiah, Sonya, Soiree Reinhardt, and much more. Though Celica is great at what she does, she faces high-investment competition with lower-rarity Nino and the equally-available Thrasir.

As a Legendary Hero, Celica is available every few months on Mythic and Legendary Hero banners. Though this is neat from a time and planning standpoint, this availability is hampered by two other heroes sharing her color, as well as nine other units being a focus on these banners. In other words, for those seeking even a single copy, summoning for Celica may be a bit of a task.