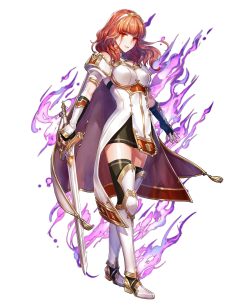 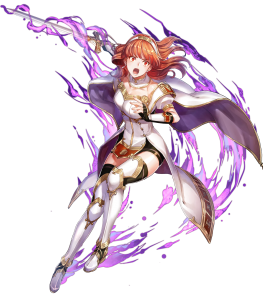 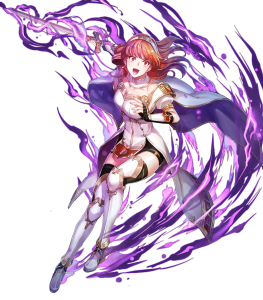 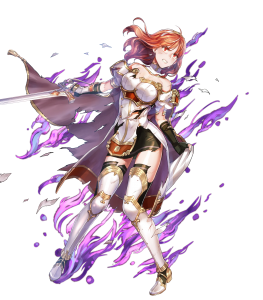 Nightmares of You (General Offense)

40 HP, 27 Defense, and 26 Resistance adds to 66 physical bulk and 65 magical bulk. Although that seems mediocre, in-combat effects from Beloved Zofia and damage reduction from skills such as Close Call and Repel can make Celica surprisingly tough to take down.

In update 4.7.0, Celica received a much-needed refine for her personal weapon, the Beloved Zofia. In addition to granting a flat +3 Defense, Beloved Zofia also grants +4 to all stats during combat, but inflicts 4 recoil damage after combat. Its +Eff refine grants Celica an additional +4 to all stats during combat and 7 HP per Celica’s attack if her HP or the enemy’s HP is < 100% at the start of combat. This synergizes well with Beloved Zofia’s base effect, as thanks to the 4 recoil damage, the +Eff refine’s effect will always be active after Celica’s first combat, assuming she doesn’t get healed outside of combat afterwards. Celica practically gains +8 to all stats and heals 7 HP per attack with Beloved Zofia, making her both an offensive and defensive threat.

As an Infantry unit, Celica rarely has to worry about effective damage. In addition, she can also use excellent skills such as Null Follow-Up, Null C-Disrupt, and Flashing Blade to increase her consistency.

Has to choose between essential B slots

Beloved Zofia is an excellent weapon in its own right, but doesn’t grant Celica any of the highly-coveted B slots (Null Follow-Up, Null C-Disrupt, Close Call / Repel, and Lulls). As such, Celica will have to choose between the 4, preventing her from covering all the bases as well as she could.

FEH has no shortage of amazing and fast Sword units; Mareeta, Larcei, Shannan, Byleth, Fallen Ike, the list goes on. As such, Celica faces fierce competition (especially as a 5*-locked unit) and can have trouble standing out amongst her peers.