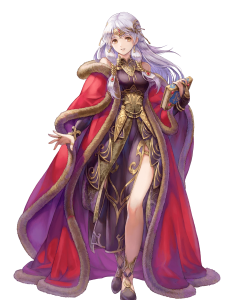 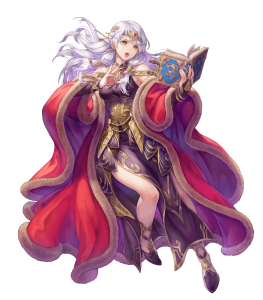 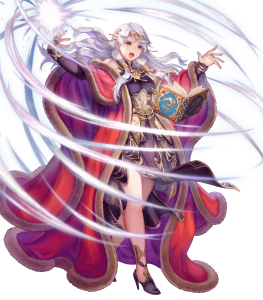 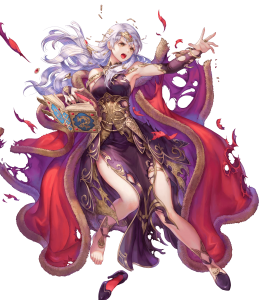 Hymn of the Wanderer (Offensive Focus)

Legendary Micaiah’s New Dawn proves quite powerful (and admittedly pretty familiar…), providing a good foundation for her combat prowess through an automatic follow-up effect and an ample Attack + Resistance boost. This combination can be used for both offensive or defensive purposes, but altogether ensures she can constantly present a strong threat when considered alongside her signature dual cavalry and armor effectiveness.

As a final bonus, New Dawn also allows Micaiah to perform consecutive follow-up attacks upon falling below 50% HP (akin to Desperation 2); it may not be the main feature of her weapon and while the HP requirement is a little steep, it serves as a useful safety net to prevent her from becoming a liability just in case she incurs considerable damage.

Her exclusive Prescience brings back another element previously seen in her base version in the form of her stellar 30% damage reduction from an opposing foe’s attack; this is extremely useful in ensuring her longevity, especially when it comes to physical damage.

This lacks the flexibility of being integrated into her weapon (as it was with her base version’s refined Thani) for freedom in B skill selection — but in exchange, Prescience gains the advantage of applying its damage reduction to any enemy upon initiation and is not strictly limited to only ranged opponents for more wiggle room in Player Phase combat. It also further reduces her opponent’s Attack and Resistance stats during combat for greater damage and survivability.

Micaiah apparently would not be herself if she didn’t specialize in Attack and Resistance, once again staying true to the stat trend seen in all her previous incarnations; with 42 Attack, 41 Resistance, and access to four-point IVs in each, her innate capacity for dealing damage and soaking magical hits is simply superb. On a side note, this specializiation thankfully didn’t completely murder her Speed stat for once, as her base Speed of 31 is decent enough to occasionally avoid an enemy double with support.

Legendary Micaiah’s applications are not only quite potent but also thoroughly consistent and versatile given her lack of disadvantaged matchups from her colorless typing, with the infrequent exception of units with Raven effects. This is also backed up somewhat by the impressive skill variety brought by her infantry status, though Legendary Micaiah is not able to fully take advantage of this since Prescience will typically occupy her B slot.

The Radiant Queen’s usage in competitive modes is rather limited given her Legendary status, as using her outside of Wind Season results in considerable drops in usefulness; she is rendered unable to either receive the effects of Mythic Blessings in Aether Raids or improve her allies' scoring potential in Colosseum modes.

Prescience is a notable tool at Legendary Micaiah’s disposal, but the fact that it operates as a B skill (rather than her weapon) does create an opportunity cost due to how competitive that slot actually is for infantry units like herself; skills like Null C-Disrupt and Null Follow-Up pair nicely with New Dawn for certain sets to expand her versatility, but using them means giving up her lucrative damage reduction. It’s nothing that impedes Legendary Micaiah’s viability enough to make her not worth using (especially since Prescience is nonetheless a stellar skill), but it is a rather frustrating conflict to deal with compared to her base version who does not have this issue and can also actually be Blessed.