Community Posts with Keyword Mikoto All 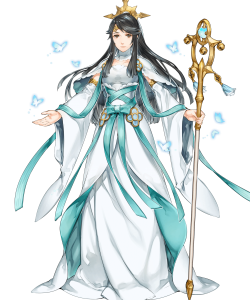 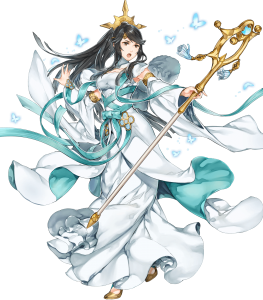 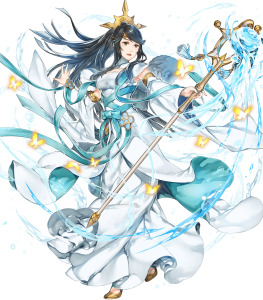 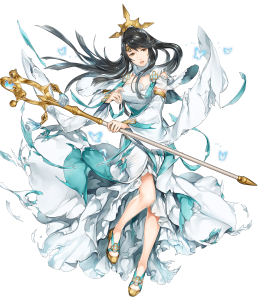 Doting Staff is a natural upgrade from Mikoto's previous signature Flash staff. In addition to retaining Flash's anti-counterattacking properties — already a dangerous tool in many situations —  it also grants a much-appreciated combat boost of Atk/Spd +4 whenever she initiates combat.

Much more importantly, however, is the fact that the refined staff introduces a whole new effect for Fire Emblem Heroes (at this time of writing). That is, whenever a unit with Canto finishes their action within four spaces of Mikoto, she automatically inflicts【Canto Control】. In short, this minimizes the amount of post-combat movement that enemies can escape with: specifically, melee enemies to one space and completely shuts it down to zero for ranged. Considering that many outstanding competitive units like Reginn, Yuri, and Eitri rely on their Canto mechanics to make a safe and complete hit-and-run, this is not something to be overlooked.

From 【Canto Control】alone, Mikoto sees potential utility in modes such as Aether Raids Defense and Summoner Duels as a method of inhibiting hyper offensive units and tactics.

With all due tough love, Mikoto's stats certainly aren't up-to-par in a 2022+ environment. Given the right item and skill investments, though, her perfectly buildable 35 Atk and 32 Spd help her get through a fair amount of combat situations, and her 38 HP reaches a "good enough" point for builds involving HP-based support skills like Infantry Pulse and Sudden Panic.

Though Mikoto being infantry offers advantages such as access to some nice Pulse skills and standard two-space map movement, her maneuvering options aren't particularly notable compared to healers in other movement classes. Notably, Mikoto can't cross otherwise difficult terrain to reach her targets like fliers can, while cavalry healers completely eclipse her attack and movement range save for forests and cavalry tiles.

Takes Up a Team Slot

While Mikoto's unique ability to inhibit Canto users makes her seem like a prime picking, she faces the same problem that other utility units (i.e. Loki, Riev, Iago) in Summoner Duels and Aether Raids have: players must forfeit a team slot to fit her in. Several opportunity costs arise from this: Mikoto may potentially push other carry units, nukes, dancers, and any other otherwise useful allies out of the running.

Non-offensive builds, in particular, also pose the occasional annoyance of making Mikoto a potential sitting duck; the statuses Mikoto can inflict are avoidable, and may not matter at all in certain situations.

Mikoto's very average Spd in combination with her pretty bad defensive statline makes her overall easy pickings for many foes that get a clear shot at her.

Additionally, Null C-Disrupt (and other skills that come with it built-in) completely bypass the Flash and Dazzling effects of Doting Staff. Thus, its users gain an opportunity to return some due motherly punishment back to the sender and her potential incoming cronies.