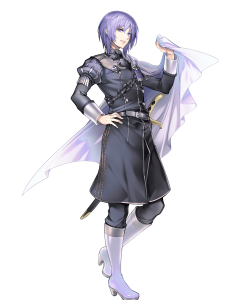 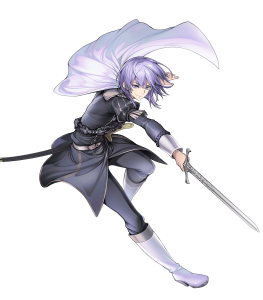 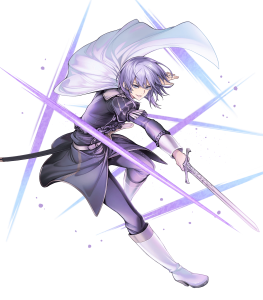 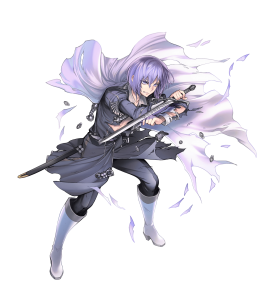 Yuri’s exclusive Honorable Blade stays true to the unique capabilities of his Relic Weapon in Fire Emblem: Three Houses, packing both an automatic +1 movement and a highly lucrative【Canto (２)】effect. Beyond the fact that such effects place his Player Phase mobility well above any comparable infantry, this allows Yuri to shine in the context of hit-and-run strategies in ways that even mounted ranged units with Far Trace cannot replicate; whereas their Canto effects are variable in the amount of spaces they can move post-combat, Yuri is always guaranteed to move two spaces while keeping his B slot open to leverage his exceptional infantry skill access.

Combined with the appreciated addition of permanent cooldown reduction and bonus Attack/Speed boost that remains practically always active, Honorable Blade capacitates Yuri as a formidable, but moreover safe attacker who can bypass the limitation of needing assistance to escape enemy range associated with traditional nukes. This also notably pairs quite nicely with his signature Assist skill, but more on that in just a second…

The leader of the Ashen Wolves’ unique Assist, Foul Play, may initially seem like a differently worded version of Swap — that is, until you realize that it has a whopping three range rather than requiring direct adjacency. This by itself is honestly pretty nifty, but the power of Yuri’s access to this lies in the fact that he can combine it with his PRF’s innate Canto (and flexibility in positioning made possible by Disarm Trap) to interesting effect. For instance, Yuri could easily swap positions with an ally accidentally left in enemy range and then trigger his extra action to retreat safely as well, or use it more offensively as well.

Naturally, there are more applications to this than I can reasonably list, but the important part is just the sheer amount of flexibility this provides on top of the Ashen Valiant’s top notch offensive capacity as imparted by Honorable Blade. All in all, Foul Play greatly expands upon Yuri’s playstyle and comes as a welcome bonus utility tool that, if nothing else, makes him incredibly unique among his peers and is always handy for potential emergencies.

The sheer strength of Yuri’s personal skills was seemingly not enough for him, as his offensive statline also features staggering competitive values; with a baseline 39/43 Attack/Speed combination and access to a four-point +SPD IV, the Ashen Valiant inherently possesses great damage potential and doubling consistency even before considering the various combat boosts he can obtain.

Yuri’s performance is further solidified by his usual lack of disadvantaged matchups (barring the rare exception of foes with Raven effects) and the abundance of skills available at his fingertips per his infantry dagger status, such as Disarm Trap, Special Spiral, Null Follow-Up, and Time’s Pulse; this altogether lets him achieve a high degree of versatility.

While Yuri’s Defense/Resistance values of 26/29 aren’t actually that bad considering the primarily aggressive focus of his overall skillset, he doesn’t have access to anything that would help mitigate damage and must rely solely on his statline alone most of the time; this may make fighting against high Attack foes particularly difficult and makes it a necessity to keep him out of enemy range to ensure his longevity, though this latter detriment is easily solved by his various methods for escape.