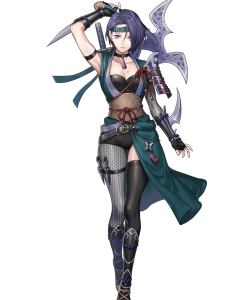 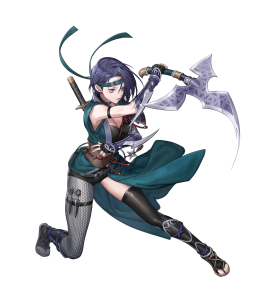 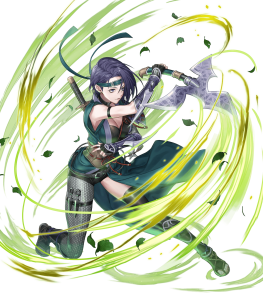 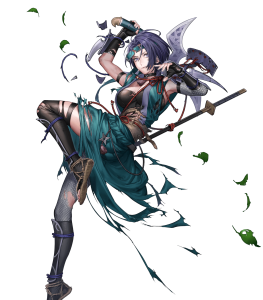 “Can I copy your Hana?” “Sure, just don’t make it look too obvious” (Mixed Phase)

Shamir’s status as an axe-wielding infantry unit allows her to use many great skills like Spurn, Null Follow-Up, Time’s Pulse, and more.

Shamir’s base 40 Spd is great and allows her to outspeed many other units.

Shamir’s base 37 Atk is above average and allows her to deal good damage against many units.

Shamir’s base 42 HP, 31 Def, and 32 Res are all solid and allow her to survive many hits, especially if using damage reduction from a skill like Close Call.

Shamir’s status as a Tempest Trial unit means she will eventually be available for purchase using Heroic Grails, allowing players to merge her and gain improved stats without spending orbs.

Shamir is the first available unit purchasable with grails that reaches 185 base stat total after a merge, which means she is a great choice for a core unit in modes in which high stats improve players’ score like Arena and Arena Assault.

Shamir’s statline is almost identical to Ninja Hana, who was released a year earlier and players may have already built. In addition to this, there are many other green axe infantry available, and while Shamir has great stats, she does not have any exclusive skills that other units can’t use, making her struggle to stand out in some ways, especially compared to units that do such as Scion Larcei.