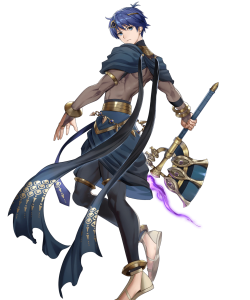 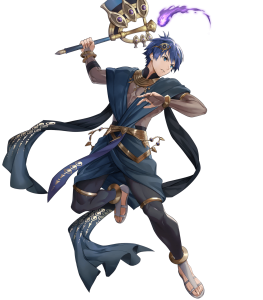 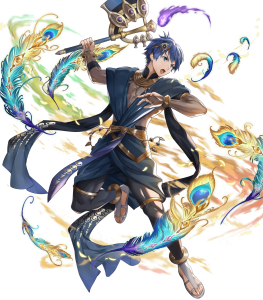 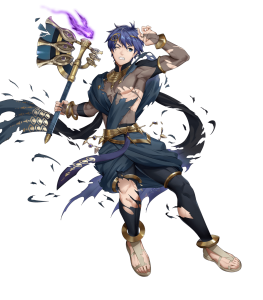 A solid offensive stat spread of 37 Attack and 37 Speed is something that many units would sacrifice their unborn kid for nowadays, and Kris comes with it completely freely, allowing for consistent damage and follow-ups given the right skills investment.

Riding a horse on desert terrain is most certainly a questionable tactic, though Kris takes it in stride by being able to move three spaces on his turn, in addition to access to the famed Lull skill line.

Plegian Axe is one of the best inheritable weapons to come out in the game so far, and Kris revels in his native ownership of it. With it, he becomes more powerful and bulky as long as he isn't adjacent to his allies, and any penalty his enemies have will only strengthen him to even better heights.

Kris is a very solid free-to-play unit, and everything he has to offer is available after getting copies of him through Tempest Trials, and then through the Heroic Grail shop (rather than spending Orbs) after it ends.

22 base Resistance is far from impenetrable and troubles Kris against magical hitting enemies consistently despite Attack penalties coming from Plegian Axe. His physical Defense doesn't suffer as much at base 31, but exceptionally powerful physical enemies can break through without a proper amount of penalty setup.

Lack of good high-investment inheritance options aside from Lull skills as well as common terrain weaknesses (such as being unable to traverse water and mountains) makes Kris feel like he's actually swimming in quicksand sometimes.