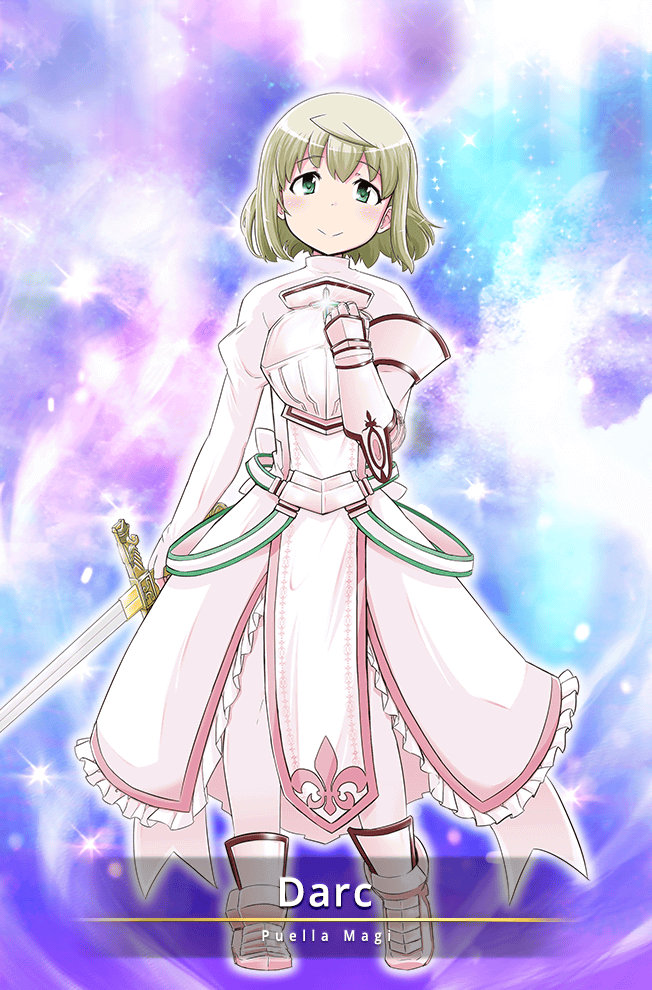 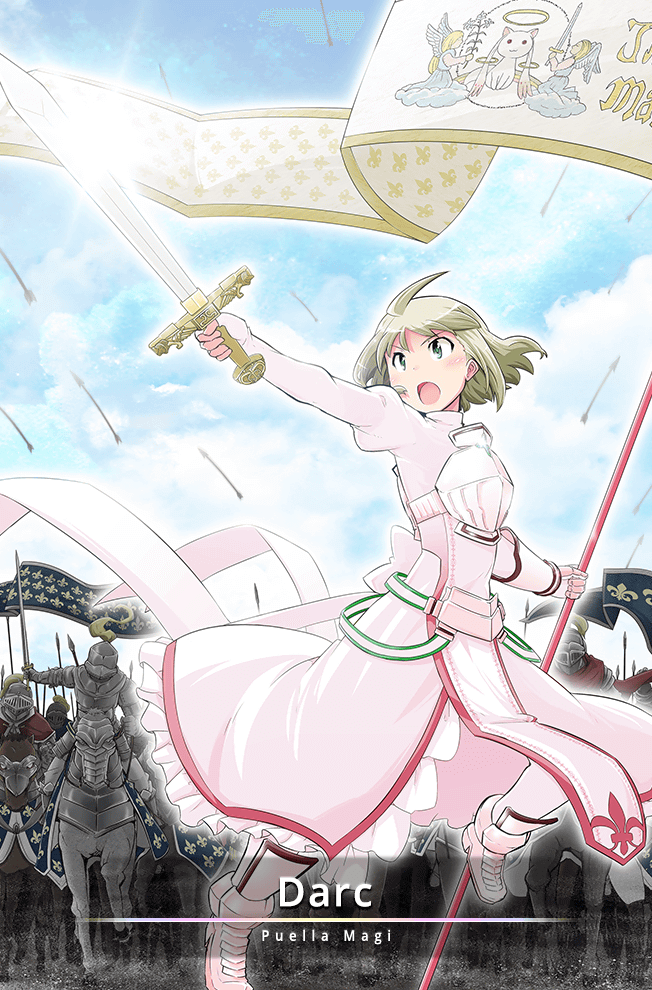 A Magical Girl from medieval France known today as Jeanne d'Arc. Upon the death of her dear sister, Catherine, she resolved to save France from the brink of ruin. Simple, innocent, and trusting of others, she fondly refers to Qube (Kyubey) as "Monsieur Angel". 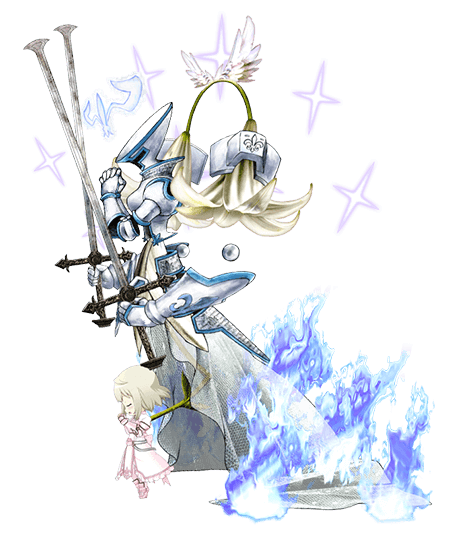 Damage ALL Enemies
Doppel: Deals 902% damage to all enemies.
HP Restore ALL
Restore 31.7% HP for all allies.
Attack UP ALL
Buffs all allies Attack by 45% (3 turns).
Draft & Supervision: Idea/Supervision: Golden Pe Done
Doppel Detail (May Contain Spoiler)
The master of this Doppel has a pious heart, free of sin. The crosses that rain down from above are no ordinary ones. They are upside down crosses, and rather than exude divinity, they draw out sin and make those who bear witness to them face their own evil, wreathing them in purifying flame and burning them swiftly to ash. There is no sin that this Doppel cannot find and bring to light. Simply put, enemies have no choice but to accept its overwhelming purity. 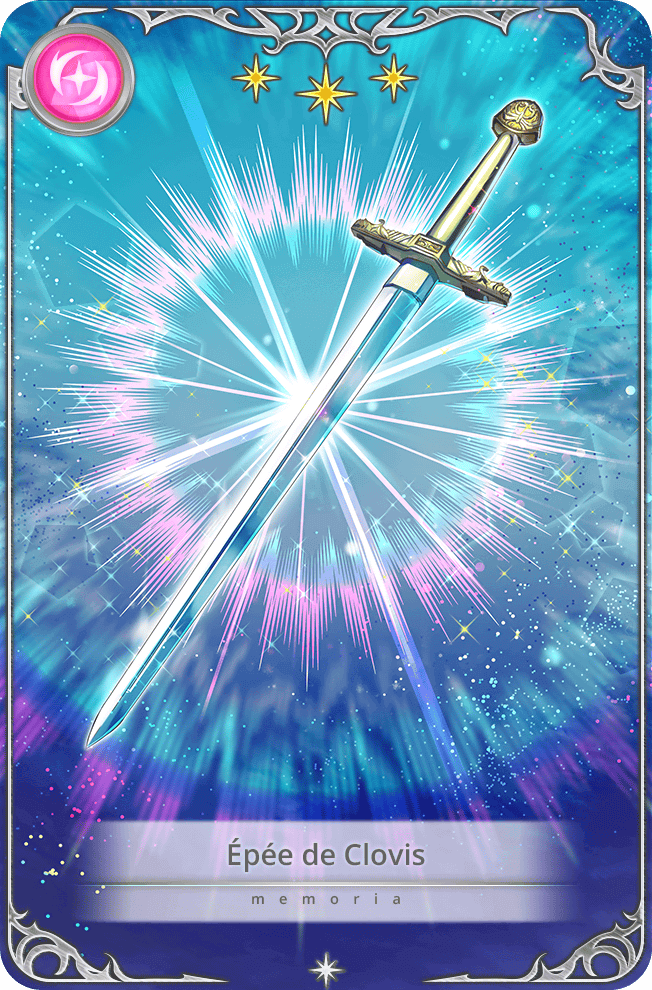 Guardian
Take a attack for an ally (1 turn).

Darc’s premium triple Blast disc set makes her great for cleaving through large groups of enemies. Along with other strong girls who offer their own Blast discs and a Blast Damage Up connect, like Yachiyo Nanami, Darc’s strengths will shine.

While not strictly offensive or defensive, Darc’s connect provides a bonus to both Attack and Defense that will be appreciated by tanks and damage dealers alike. Her ability to pass Blast discs with her connect also ensures she will interfere minimally with Blast combos.

Self Curse on Magia

After using her Magia, Darc applies the Curse status to herself which prevents healing, and deals damage at the start of her turn. Because of this, her Magia should be used primarily as a finisher to circumvent this negative effect.

Balanced type magical girls usually boast decent Attack and Defense, as the name implies, but the near 9,000 in each of Darc’s stats makes her a uniquely powerful force. She makes good use of her high Attack due to her offense-oriented discs, and doesn’t lack Defense either.

Darc’s three Blast discs lets her shine in Mirrors, where Blast damage is strengthened. Allies who can offer at least two of their own Blast discs as well as an offensive connect, like Kyoko Sakura, make good partners for Darc.

Light damage is not resisted by any attribute, which allows Darc to cut through any foe unhindered.

Darc benefits primarily from offensive memoria. Passive Attack Up, and passive Blast Damage Up in particular play to her numerous strengths, so aim to equip effects of this nature onto her. 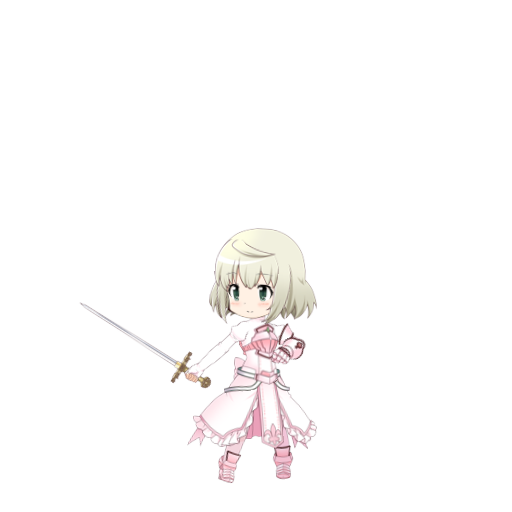 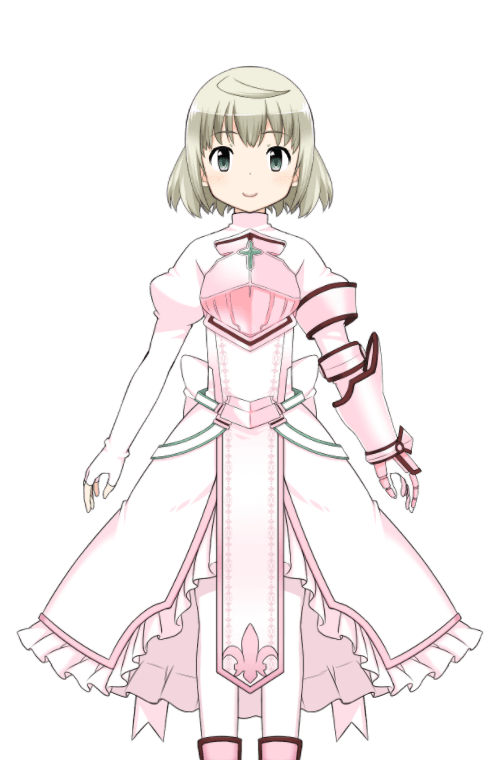 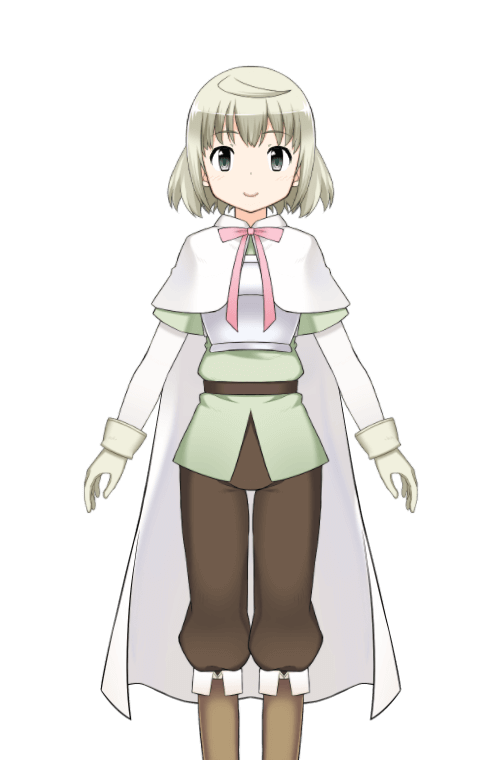 Darc, also known as Joan of Arc, is a medieval magical girl who wished to bring light to all of France after her younger sister died protecting her during the English attack on their village.

One day, as Darc is traveling with the French army, a nearby town came under attack of the English and their monsters. It seems the lord of the town had made some allies with the English, but their monsters went out of control and he asked for help from the French army. Darc couldn't let another village suffer the same fate as her own and vowed to help the town regardless. Liz Hawkwood offers to help and they head out.

Once there, the girls were able to keep most of the monsters at bay, but more and more kept coming, threatening to overwhelm Darc and Liz. Darc used her magic on the creatures and cleared the field in a single hit, turning the nearby road into a crater in the process. Liz marvels that Darc's magic is so powerful, but warns her not to use it too often as Darc can't control the amount of magic she uses and risks corrupting her soul gem. They ask Qube if there's a way for her to control her magic better, but Qube informs them that can only come through experience, and Darc's magic is too powerful due to the purity of her wish.

The town comes under attack from the monsters again, and Darc and Liz return to help only to find a witch attacking the town. They make short work of the witch, and ask the lord of the town why they were so prone to attack. The lord explains how a young girl's prayers were answered when their town was attacked in the distant past. A miracle occurred and the town was restored, but the girl was seen performing magic afterwards and was accused of being a witch. She was sent to jail, despite her pleas for execution if she would not be released. After several months, the girl transformed into a witch and has attacked the village every decade or so since.

Darc feels for the girl, since her circumstances and wish were similar to her own. She vows to grant the witch peace and destroys the witch with a single blow of her magic. Liz hands her another grief seed after, and notices that Darc destroyed the watchtower this time with her attack. Although embarrassed, Darc is happy she was able to save the lives of the townspeople and the lord of the town pledged their undying loyalty to Darc and to France.

Read more of Darc's story on the Puella Magi Wiki.