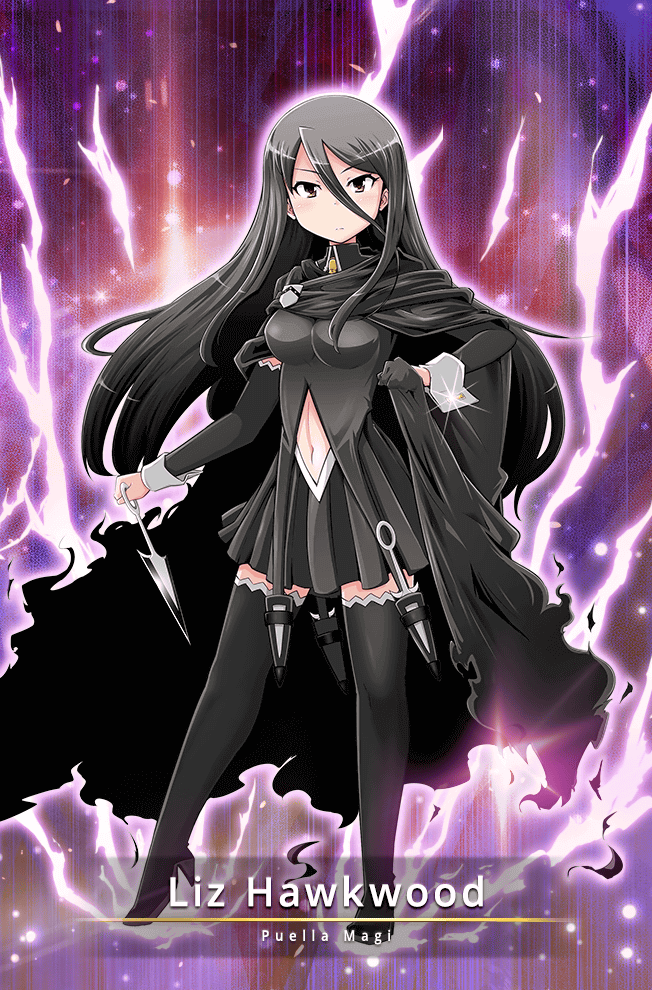 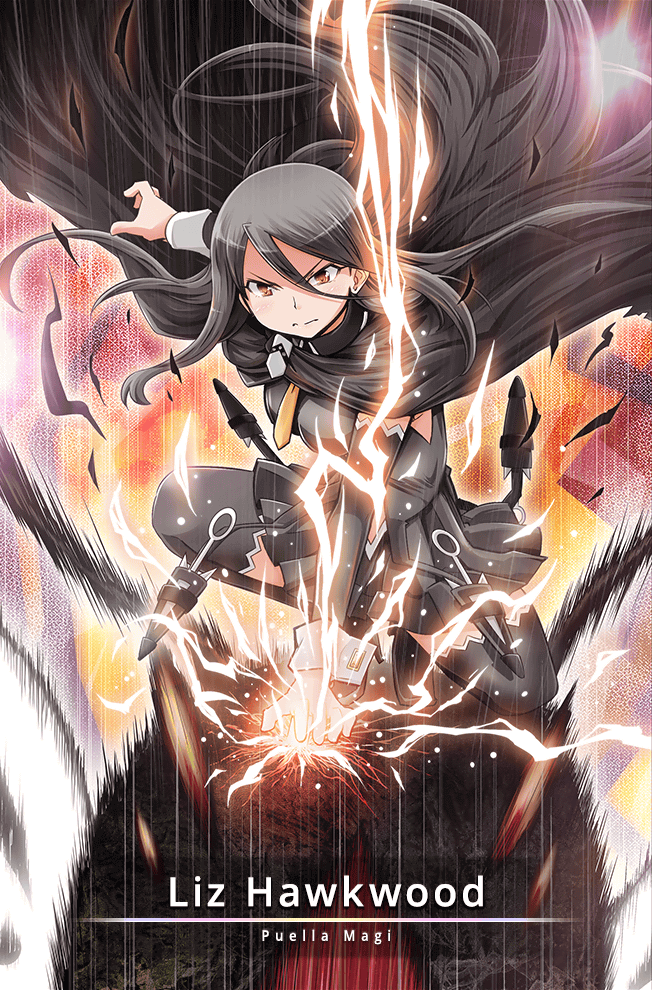 A cool-headed Magical Girl from medieval Italy who uses shadow magic. In the midst of the Hundred Years' War, she fights alongside Darc and the French army to save France. Though she would never speak of it, she is said to be descended from a famous soldier. 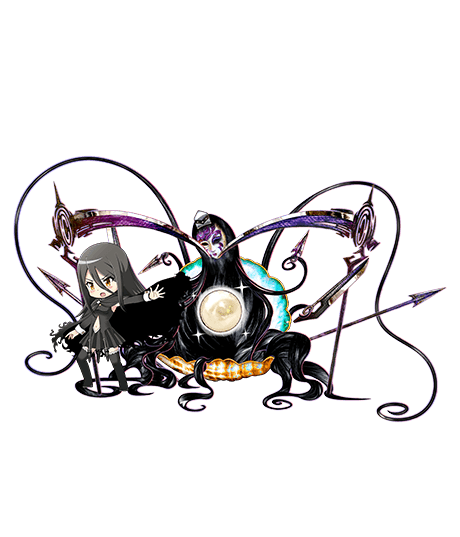 Damage ALL Enemies (Weak Element Bonus)
Doppel: Deals 869% damage to all enemies, double on weakness.
MP Restore
Restore 41.5% MP.
Evade
Evade next attack (1 turns).
Draft & Supervision: Idea/Supervision: Golden Pe Done
Doppel Detail (May Contain Spoiler)
The master of this Doppel feels deep sympathy for others, even at the most dire of times. Where there is light, there is dark. This is providence. But it is also providence that those who are blanketed in shadow will never have light shined upon them. This is a Doppel that stands beside the hero as their shadow, surrounded by their dazzling brilliance. It is the elusive shadow itself, and yet, it is exactly what makes the light shine so brightly. The two are connected by an unbreakable bond. 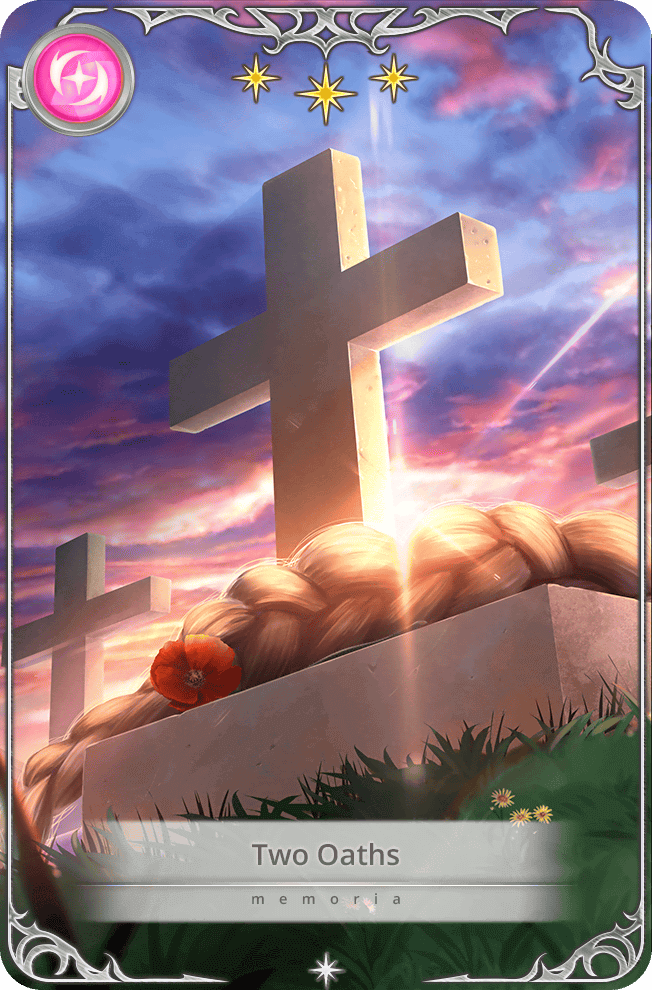 For an attack type, Liz has surprisingly decent defense, which means she'll be able to take more damage and live than your typical glass cannons. Her connect grants a high chance to critical hit and will ignore defense, allowing you to cleave through tankier bosses with ease.

Despite being an attack type, Liz has a lot of elements for a magia-building team as well. Her magia has AoE damage, restores her MP, and her personal card increases the MP gained from Accele discs. With the right setup, it's possible to have Liz spam magia attacks in PvE.

Riz's dark element gives her a great advantage over light elements and neutral damage on other element types. This makes her the perfect counter for light types such as Darc and Ultimate Madoka. Her personal memoria has a low cooldown rate, making it viable on turn 3 and allowing you guaranteed anti-evasion and increased Accele MP gain. The anti-evasion is well-suited for those pesky evasion teams.

Liz's connect is perfect for Mirrors, allowing you to ignore the enemies' defense and granting you a high chance to critical hit. With twice the damage and no defense, anyone Liz connects to will cut through the enemy like butter.

While it may seem at first glance that Liz is suited for running solo in Mirrors, due to her MP restore and Evasion Chance, her magia only grants the chance  to Evade. It's not guaranteed like Tsuruno Yui's magia attack so it's almost guaranteed Liz will die on the second turn.

Additionally, as an Attack type her defense isn't the best even if it's not as bad as most Attack types.

Liz can either go towards a magia build, with Memorias that increase MP gain or MP from Accele discs

Or she can go towards the typical attack team build with Memorias that increase Attack stats or damage. 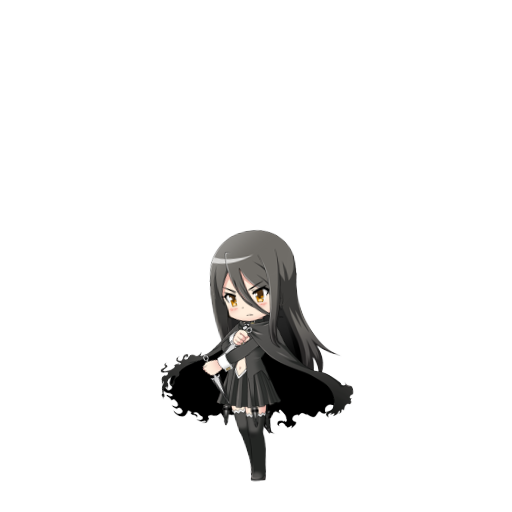 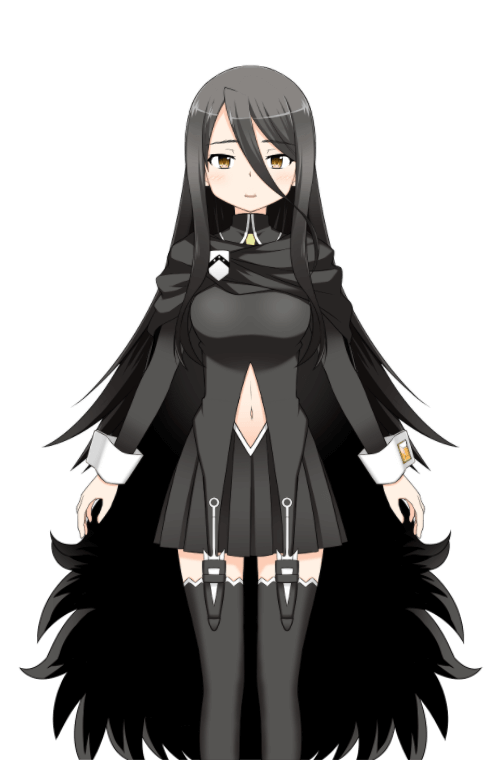 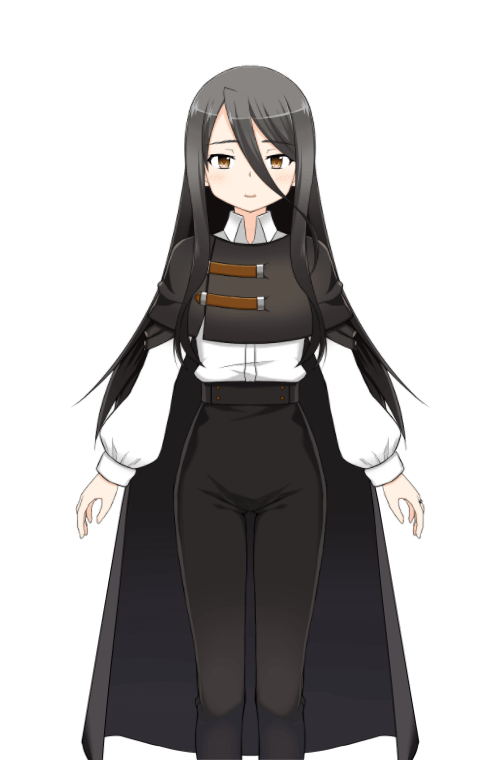 A collected magical girl with a serious demeanor. She's the granddaughter of a famous soldier, part of which led to her contracting. She wished to be the shadow from which a hero would spring, and she traveled the lands meeting with new magical girls until she finally met Darc and knew she was the one. She would do anything to protect her and is quite the force to be reckoned with.

Read more of Liz's story on the Puella Magi Wiki.