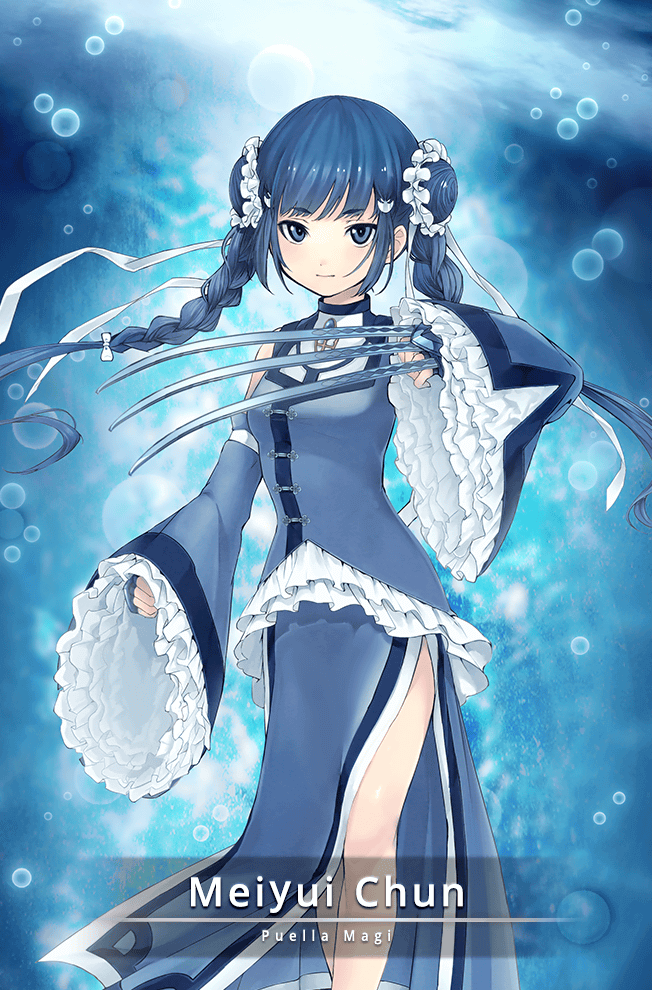 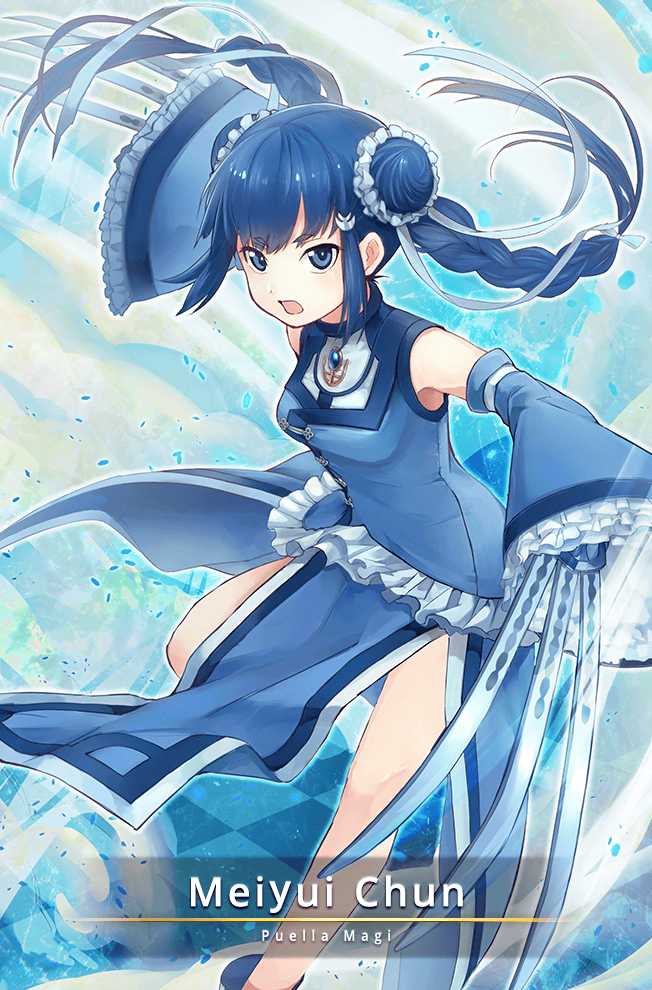 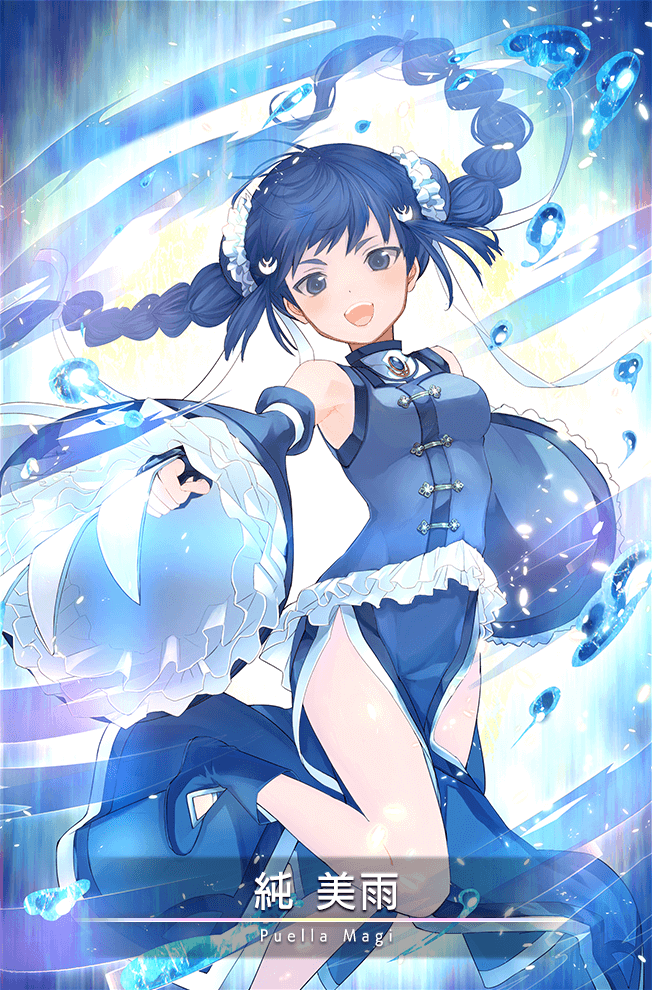 5* Meiyui is currently not available in NA.

A kung fu master, Meiyui belongs to the Blue Seas Family. She left her parents in China and came to Japan alone. She is well-composed, but she lets that all go when it's time to protect her family and townspeople. She is an excellent Mahjong player. 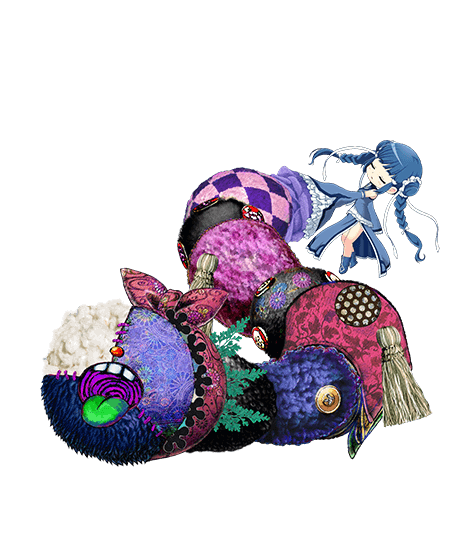 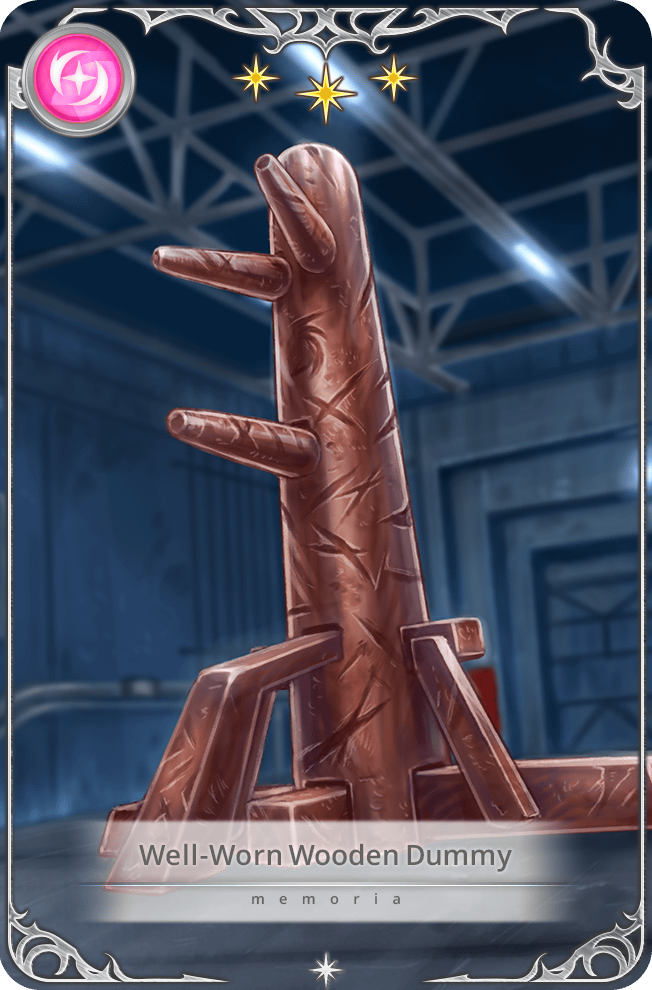 While Meiyui would work well as a tank, her three charge discs really hinder her. Her personal memoria will also replace your disc pool with just charge discs which is not good for a game where charged damage isn't as good as it could be.

Meiyui has three charge discs in her pool which is really not desirable in Mirrors where charge damage is further nerfed.  The fact that her magia hits three random targets will also prevent you from planning out your attack more effectively.

"Starlight Power!" will increase the likelihood of critical hits as well as increasing Charged Damage. 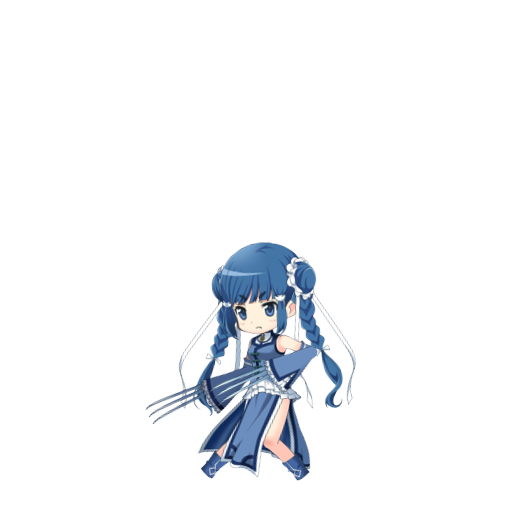 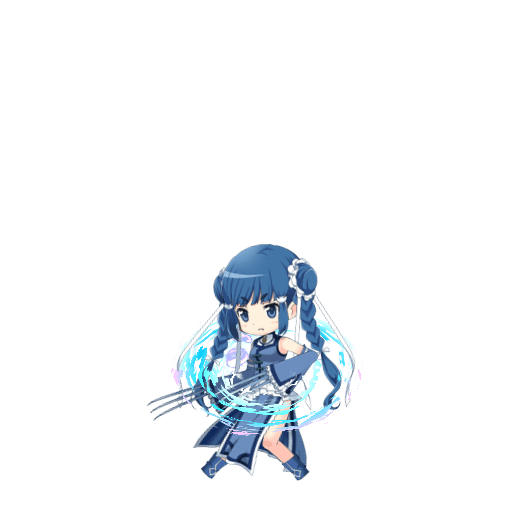 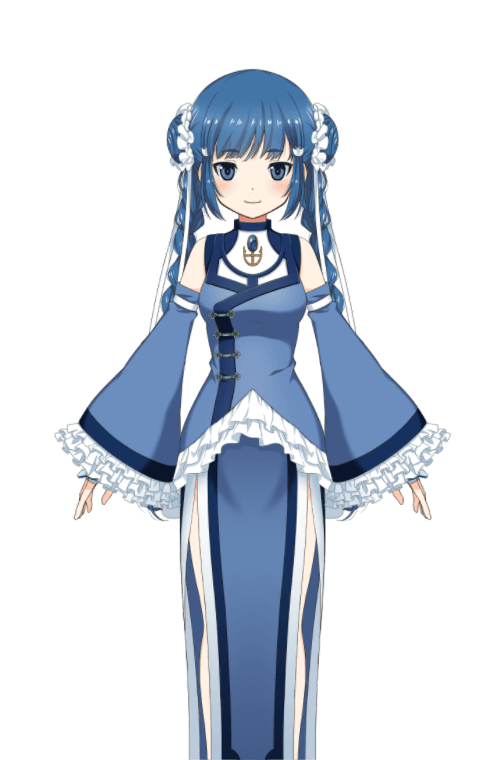 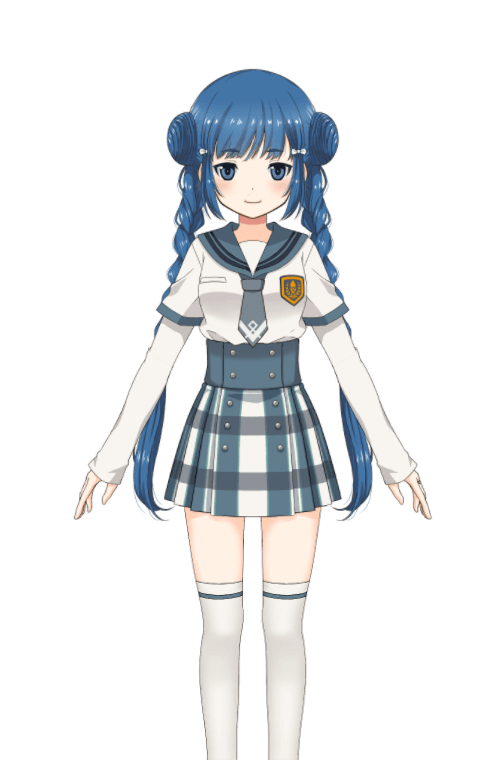 A magical girl who moved to Japan after leaving her parents in China.

Normally calm and cool, Meiyui Chun hides a passion for mahjong from her comrades and is very protective of her hometown.

Meiyui also belongs to the underground organization known as the “Soukaihou”. This group once helped the community and would protect their territory from criminals. However, in recent times they had begun to shift into more seedy operations which saddened Meiyui.

She contracted with Kyubey in order to restore the Soukaihou to what it once was. She later found out that the organization had gone down to the influence of a witch, the same witch that attacked Nanaka Tokiwa's family.

She is now a part of Nanaka’s team and she uses her contacts within the organization for information.

Read more of Nanaka's story on the Puella Magi Wiki.