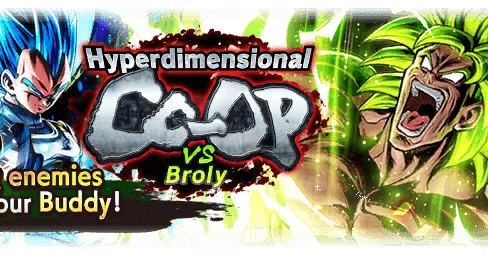 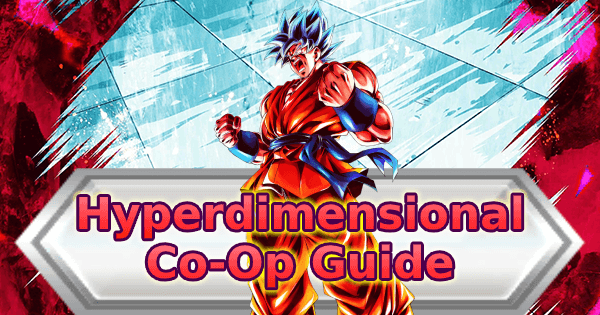 Hyperdimensional Co-op is a mode in which two players, one player and a “Buddy,” collaborate to take down an incredibly powerful opponent. The mechanics of these encounters differ in comparison to standard gameplay; new concepts like Shield, Assist, Dual Impact, and Aggro need to be understood to smoothly obliterate the enemy.

Each player in Hyperdimensional Co-op can only bring a single Battle Member, boosted by 3 pieces of Equipment and up to 10 Support Fighters via their Z-Abilities. This makes team-building a relatively simple ordeal; the main Fighter should excel at single combat and have Color Advantage over the enemy, and the bench of Support Fighters should boost the Offensive Stats the single Battle Member.

It is worth keeping in mind that the Unique Abilities of certain Fighters that depend on other Battle Members will not activate in Hyperdimensional Co-op, even if the “Buddy’s” Battle Member would usually activate such an Ability.

Bosses in Hyperdimensional Co-op have a Shield that is active at the start of every fight. This Shield greatly reduces Damage, prevents knockback, and makes knocking out the Boss impossible.

Depleting The Shield and Strike Chance

As Arts Cards are used against the Shield, its gauge will deplete. A “Strike Chance” triggers when the Shield Gauge is fully diminished, which will give both players’ Fighters increased Card Draw Speed and Ki Recovery - this is the perfect chance to use abilities like Ultimate Arts Cards and Rising Rushes.

If a Boss and a Fighter engage in a Dokabaki Impact, they will pause for a set amount of time, during which if the other Battle Member uses a Strike or Blast Attack, a “Dual Impact” will trigger. “Dual Impact” is a flashy team-attack that significantly depletes the Shield Gauge, so it is always worth initiating them. It is worth noting that this is the only way to knock back a Boss with an active Shield.

Bosses in Hyperdimensional Co-op can only Target one Fighter at a time, which is denoted by the Boss’ Aggro. Aggro changes based on the actions each Battle Member takes.

“Taunt” can be used by each Battle Member, which is guaranteed to make the Boss target that Fighter. "Taunt" has a 15 Timer Count Cooldown, so it is best saved until a dire situation presents itself.

If a Battle Member is taking a beating, “Assist” can be used to take Damage in place of them. Cover-change-type Abilities will work when “Assist” is triggered, so Defensive Fighters will have opportunities to show their Utility in this mode.

100 Battle Points are awarded to players the first 3 times they clear Hyperdimensional Co-op each day in addition to the standard rewards obtained from clearing the Battle. Equipment from the current season of PvP is also available,  as well as Adventures that award Zenkai Souls.

Guild Members gain extra Battle Points whenever Hyperdimensional Co-op fights are cleared. If two players that are in the same Guild work together, Guild-Bonus rewards are obtainable.

Dragon Ball Legends Writer. Son Family and Lineage of Evil addict. Consistent top 100 since the game's inception: highest rank in a season was 7th. I like long walks on the beach