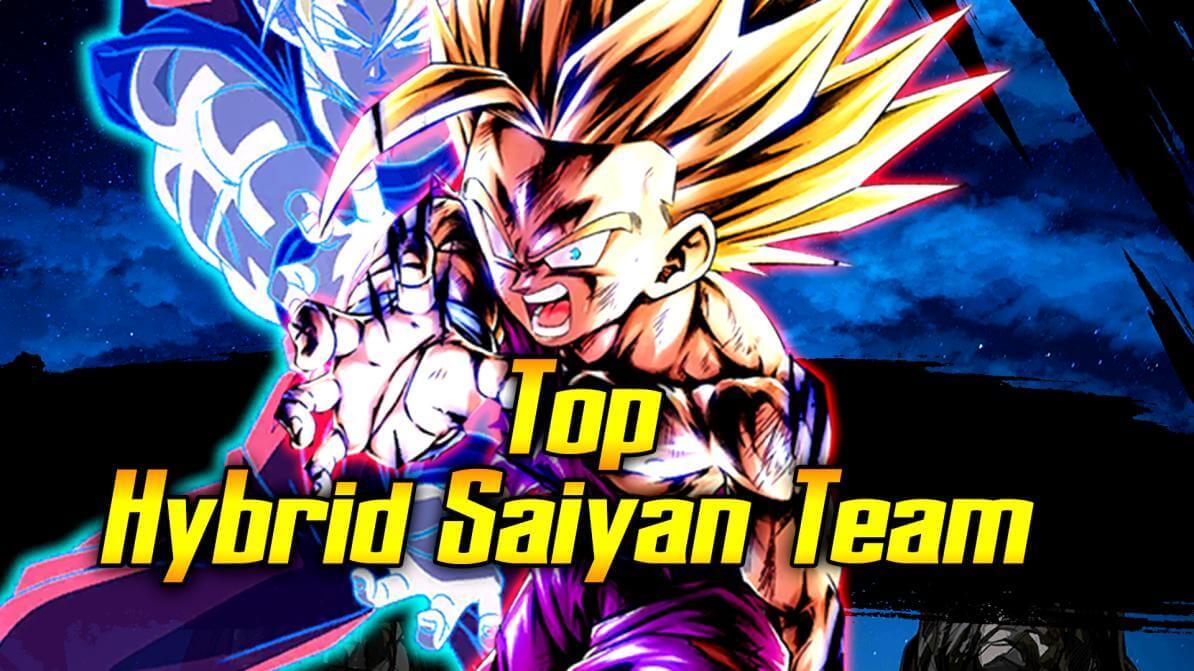 Finally, SP SSJ2 Gohan RED is not the only dominant Fighter on the Team, but the Core partially still revolves around his capability to be decisive in every match, both through his impressive capability to take over the Match at any point ( especially in late game ), and his Supportive Effects increase his allies' Blast Damage.

However, Hybrid Saiyans don't beat opponents just thanks to its overwhelming Offense, arguably that's not even their main strength! In fact, what makes the Team so consistent is the combination of Revive Gohan and Future Gohan YEL's Defensive tools, which make it nigh impossible for the opponent to deal a decisive blow for at least half of the Match most of the Time. This means Hybrid Saiyan has the best answers in the Meta to Rising Rushes.

So, the Gohan trio is the one that combines Offense and Defense the best on Hybrid Saiyan, although it might feel a bit slow initially since all three aren't even near to their full potential Buffs wise right off the bat, but overall they can stall the opponent into late Game reliably enough that it's not even an issue in most cases. The only flaw for the trio is facing very durable Blue or Red Fighters, since Red-Purple-Yellow is not a great color wheel to counter those colors.

Make no mistake, while Gohan variants dominate the Team, Hybrid Saiyan isn't solely the "LF Gohan(s) show", as Fighters like Z7 SSJ2 Trunks, Kid Trunks and others all became considerably better now that they have a Team around them that can reliably Support them offensively, and cover them reliably on the Defensive end. More recently, SP SSJ Gohan BLU also entered the core, bringing defensive utility to the Team that reminishes Future Gohan's. For this reason, they make a hellacious combination together, also considering their Offensive focus is also the same ( Strike Damage ).

Another interesting option for Hybrid is Purple Color Counter with Zenkai Goten, Revive Gohan and SSJ2 Gohan. While this Build isn't quite as durable to the traditional Hybrid Saiyan Core due to the lack of Future Gohan's game-changing Defensive Effects, it's a fun Blast Focused Build to play, especially because it allows SSJ2 Gohan to shine brighter than ever, as Goten is his natural partner and the deck also benefits his style. Overall, it's similar to 2019 Hybrid Saiyan design wise, as it boasts enormous Damage potential while not being fragile as a whole.

All in all, this Team has the consistency, Offensive firepower and versatility to match other top tier teams, and it's only hindered at times by some lackluster  Z-Abilities.

Supportive Effects and great Offensive-Defensive Buffs after Transformation make him a good and versatile option for the Team overall.

He's a good Strike Damage dealer that scales well into late Game thanks to his Crisis Buffs, but he's also quite one-dimensional.

He's the definition of average, as he doesn't have any noticeable weakness, but he won't have an impact on matches most of the time either.