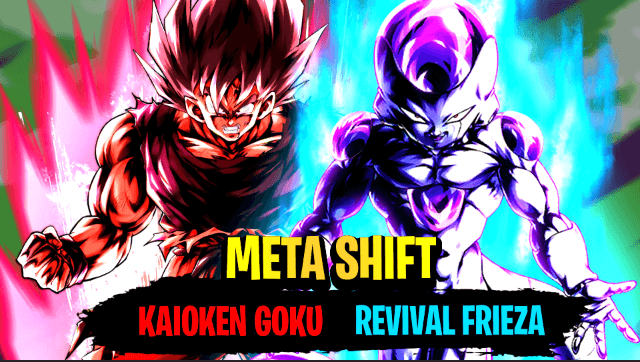 Lineage of Evil is in a fantastic spot currently. Thanks to Revive Frieza's release, and the more recent SP FP Frieza YEL's Unique Equip release, the Team got the last pieces of a puzzle that has been left unfinished for almost a year. The meaning of this is that the Team finally has some powerhouses that can take advantage of all the Support and Debuffs Lineage of Evil has at its disposal, and the results are truly glorious.

Talking about Revive Frieza specifically, the revival mechanic is something that became almost infamous in the past due to how hard it was to play around it, with SP LL Super Saiyan Gohan PUR and SP SSB Goku BLU being the worst offenders historically. However, as time passed the fear directed at this mechanic diminished, as Anti-Revive Mechanics kept getting released, making it much less unfavorable for players to "waste" one-time Moves on Fighters that can revive. Still, the mechanic remained strong, as it can still impact the flow of the game nonetheless, so a Fighter such as this Frieza, who also has a great kit all around, is definitely a big threat.

One could point out that Frieza being blue makes SP SSJ4 Gogeta GRN, the Fighter with the best Anti-Revive Effects in the game, a direct counter for him, but this is only partially right. In fact, after Revive, Frieza gets to use a Main that steals 2 Dragon Balls after just 5 counts, diminishing the impact of the Anti-Revive, and he also gets Element Disadvantage Removal for 30 counts, so he doesn't just get straight up dominated by Gogeta for all the matchup. Still, if there is one Team you might not want to bring this Frieza, that's Fusion. In any other case, Anti-Revive Effects aren't enough to negate the massive impact he can have on a Match, mainly Offensively as he combines incredible Damage potential with great Supportive Effects after revival.

Before revival, he's more on the average side all things considered, but the Team Support still benefits him massively and allows him to be impactful. All in all, a great, fitting release for a great Team.

Usually whenever a new All-Star Banner comes out, there is a clear standout Fighter between the new Sparkings released, while the other gets out shadowed. This time it's SP Kaioken Goku GRN's turn to get the short end of the stick.

Kaioken Goku isn't a bad Fighter, it's one of those cases where the Fighter has a few interesting aspects, but ultimately he's just not strong enough as a whole. Primarily, his Vanish Gauge mechanics can give him huge momentum early on, as they effectively almost entirely restore his Vanish Gauge after he Vanished up to two times, guaranteeing he can even Vanish a couple times consecutively. Still, Kaioken Goku often isn't strong enough to capitalize on that momentum, despite having various stackable Damage Buff. The irony is that, since he needs to hit the opponent a couple times before getting those Buffs up, it's up in the air whether or not he's in his peak state while his Vanish shenanigans are still available - generally, it's rare that they still are by mid game -.

Still, it's not like he's entirely flawed, in fact he's pretty decent, but after he's done tricking the opponents through his Vanish mechanic, he's a pretty straightforward Offensive Fighter with good Damage but no particular utility, and this type of Fighters can become outdated fast at the current state of the Game. Teams are also an issue for him. Technically he fits on Teams like Saiyan or Son Family, but those teams have better options, both when a standard color lineup is considered - for Saiyan -, and especially when the dreaded Mono Purple variants are considered - for both Tags -, so what's left for Goku is a mere, off-Meta type of usage.