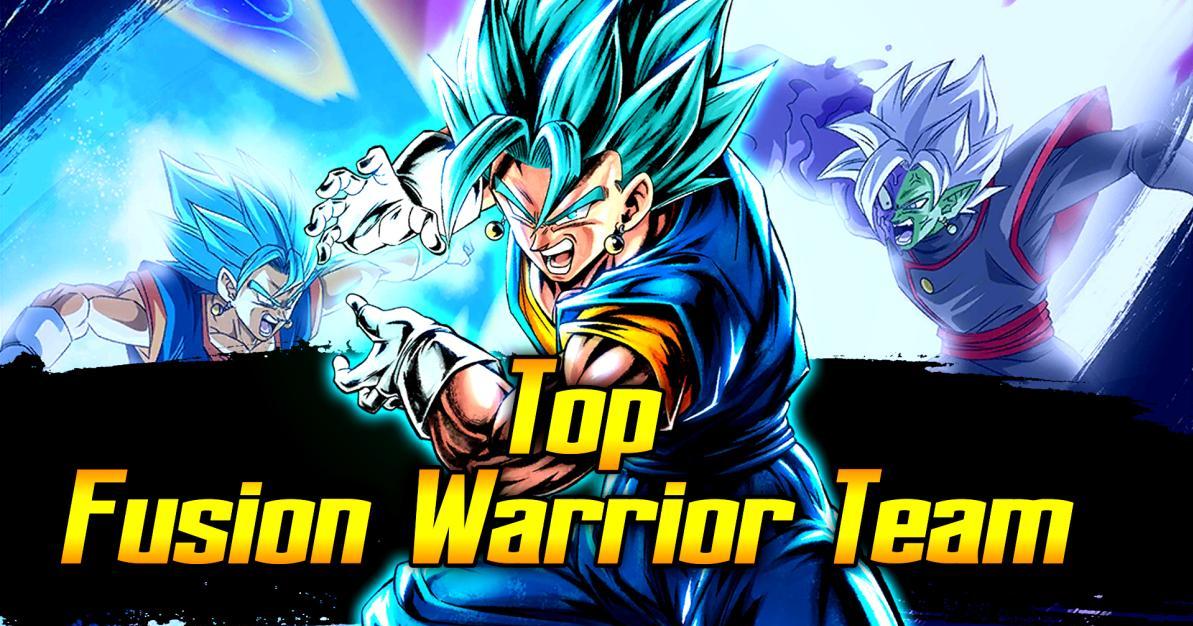 Fusion is a mix of great Offensive Fighters with some Defensive gimmicks in between, but sadly almost no Support.

SP Super Gogeta RED is still the staple of the Team. Primarily, he fits the Core's identity well, as the Deck is massively in favor of Strike Cards currently. Secondarily, his Arts Draw Speed combined with his incredible Damage potential makes him a Fighter you can always rely on to massively hurt opponents and stall at the same time.

Aside from him, there isn't really a Fighter who can reliably carry Fusion Warrior, but the Legendary Finishers can pack quite a punch if they are 6*. Generally, SP SSJ4 Gogeta GRN is a Fighter you can use in any matchup thanks to his great Defensive utility and his timed immunity to color disadvantage. As a matter of fact, having up to 3 out-of-jail cards every Match works wonders for a Team that can quickly gain a big advantage by having priority even once, so he fits well alongside SP SSB Vegito BLU  and SP SSB Gogeta YEL, who are high risk, high reward Fighters in some instances.

The lack of a Support is noticeable, especially considering every Top Meta Team has one, but on the full-LF Team, the Deck is so ideal ( almost all Strike Cards ) that the Damage is constantly good, as they all get to use their ideal type of attack. Anti-Strike Covers can be problematic, but since SP SSB Gogeta YEL ignores them, it's not that big of a deal.

Alternatively, SP Gogeta BLU Z7 can be used as well, turning the Team into a more of a Blast based composition. That's where SP SSB Vegito PUR fits very well, too, and the two of them paired with SP Super Gogeta RED make a nice trio, that Tanks definitely more than the LF Build, but deals a bit less Damage ( although, SP Gogeta BLU Z7 being able to lock-in with his Special Move is invaluable at times).

Majuub can replace SSB Gogeta on basically any type of Fusion Warrior Build, since he provides versatile Defensive tools without necessarily preferring any type of Offense over the other ( also because his Damage is on the low side in general ). He makes Fusion Warrior safer to run, which is something that might be preferred by players that aren't skilled enough to take advantage of all the gimmicks provided by this Team, while it will be harder for very skilled players to remove SSB Gogeta on the Team, since his Extra Move alone arguably has a higher ceiling than the entire Majuub kit.

Overall, Fusion Warrior is a good, unique Team, that can win Games thanks to its constant Offensive pressure, but it's still lackluster in most regards compared to Top Tier Teams.

"Such splendid fireworks" (Co-Op Extreme F2P Chairza)
Well, we are back with another Extreme difficulty battle, been a while since I done…
Counter-Meta team
Can someone help me make a team to counter the meta? I dont even have any zenkais and…
Help building best team for 18 YEL
i want to ask for some suggestion in making a team with 18 YEL that could works in the…
I need help with my team
Hello, I have been playing for almost a month now and I would like to make a good team…
Yet another "help me with my team"
Hello everyone I’ve been playing DBL for about a month or so now and I was hoping to…
Read More