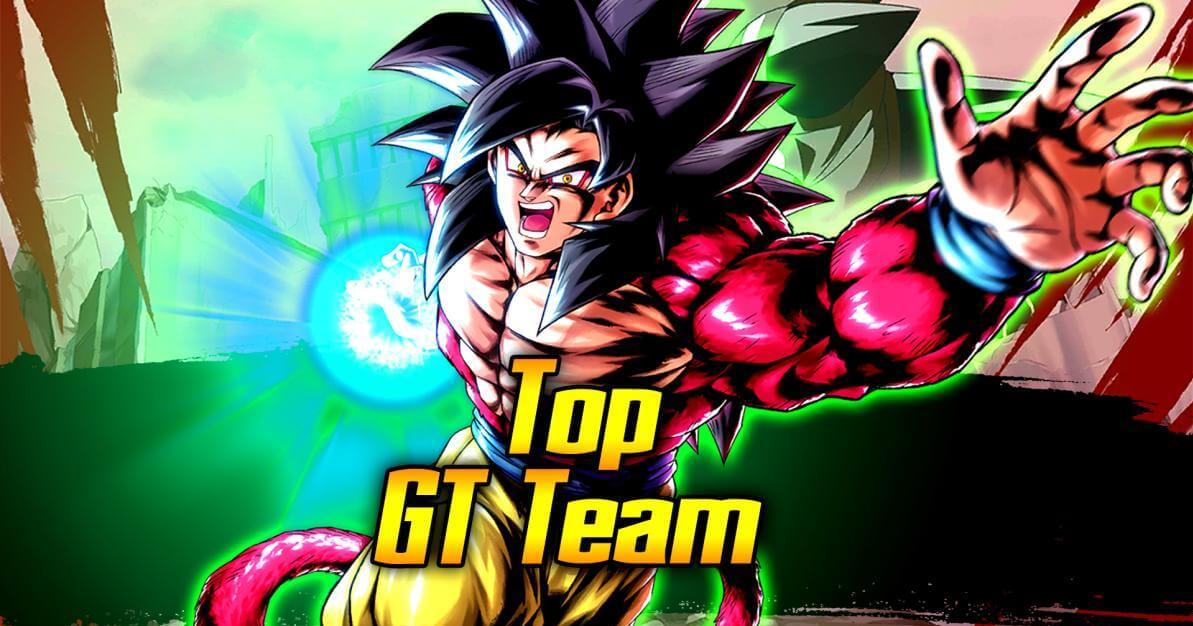 This Team is quite balanced: it will rarely pull off spectacular one-shots like some of the Top Tier Builds, but its consistent Damage sources and reliable Tankiness throughout a whole Match make it a tough Team to put down for good. SP SSJ4 Goku PUR is the perfect representation of the Team's indentity, as he's just a Fighter who can do it all at any point of the Match. He even Supports his Teammates, so it's safe to say that he's the staple of this Team and he should be on the Core in the vast majority of matchups.

In general, the Zenkai trio of Goku-Vegeta-#17 is a very solid bunch of Zenkai Fighters that can win Games through their sheer combination of durability and Damage output, but the non Zenkai Fighters on this Team can also be helpful, as they diversify this composition in terms of colors. Starting from the non LFs, one, Majuub is definitely the most unique one out of the bunch as the type of utility he provides is pretty rare in the Game. In the context of this Team, he can be a good off Tank to mitigate Damage thanks to his Card sealing capabilities. An important thing is that you don't want him to take loads of Damage early in a Match as it might sacrifice his Endurance, an extremely valuable tool to delay opponents' Rising Rushes. For this reason, a good way to use Majuub Defensively is sending him after the opponent has already used a few Cards, so he can disrupt the remainder of the Combo while not risking the loss of a huge chunk of HP in the process. Luckily, on this Team he's surrounded by decently durable Fighters, which make this strategy pretty consistent as a whole.

SSJ3 Goku and Eis are generally similar in impact, although they're pretty different Fighters. It comes down to your playstyle: Goku benefits an aggressive and reckless playstyle since his long combos are helpful to stall and recover from potentially dangerous situations where other units' sub counts are high, while Eis suits patient playstyles better thanks to his Defensive utility and overall balanced toolkit.

Regarding LFs, the most interesting topic is 6* SSJ4 Gogeta vs #S17. In general it's pretty close, SSJ4 Gogeta has some really reliable Defensive gimmicks, but he doesn't Match 17's Defensive presence for the whole Match. On the other hand, while S17 gets some good Damage Buffs by Mid-Late Game, his Offensive contribution can't compare to Gogeta's, as at that star amount the Fusion Warrior can deal respectable Damage and harass opponents through his constant Blast Armor. Eitherof them is good pick.

As a whole, GT is pretty good and balanced, but it's not top tier yet and it probably won't be until it receives another very good Fighter.

He has some upside thanks to his Main Ability that locks the opponent ( it thrives when chained with a Rising Rush ), and thanks to his combination of Arts Draw Speed and Strike Damage output, but he's rather one-dimensional and the drawbacks related to himself getting locked in by his own Main Ability can also screw him over.

He's only suggested at 6*. His Damage is decent for the most part, and he only really erupts when he uses his Ultimate Move. He won't Tank despite having stackable Damage Reduction in his Team.