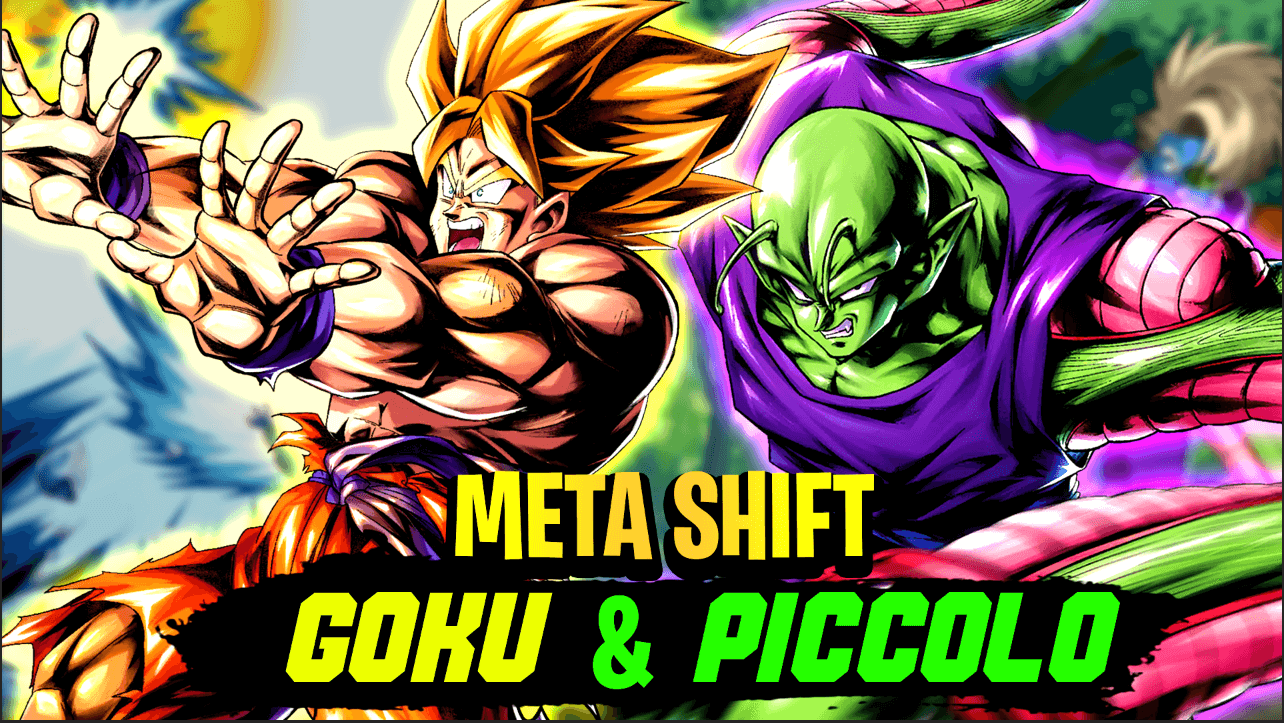 Sagas Warriors become even tankier thanks to the new iteration of Super Saiyan Goku.

The Team was already one of the most effective in the Meta defensive wise, thanks to the sub counts-related synergy between Boujack and Revive Gohan, which consistently allows the latter to switch in to counter a Rising Rush if Boujack was on the field beforehand. Goku adds fuel to the fire thanks to his high raw defense and Damage Reduction, which makes him a perfect secondary Tank for the Team. With Boujack and this new Goku on core, you almost never have to worry about opponent's hits if Gohan hasn't "revived" yet, as they can just tank most hits and then rely on him if the opponent uses a rush or a powerful Ultimate Move.  His Strike Cover also contributes to make the trio incredibly hard to play against.

Offensively, the team loses something compared to the variant with SSB Gogeta, as Goku is a quite lackluster character in terms of Offensive stats, but his Damage Buffs and stackable Arts Draw Speed sort of compensate for that to make him somewhat good at dealing damage, although he won't feel nearly as oppressive as Gogeta ( and his Ultimate Move is also much weaker ). Still, it's a trade that's worth making, as the meta has been leaning towards slow, consistent strategies over reckless offensive approaches due to how Rising Rushes can single handedly dictate the flow of a game, and there aren't many trios safer than Goku-Gohan-Boujack.

Piccolo is a Fighter you'd have to consider only if you don't have Boujack, as he absolutely pales at everything in comparison, even offense if you consider the meaningful headstart Boujack can generate early on through his Awakened Arts.

Goku has a quite varied Z-Ability that makes him fit well with many Fighters on this Team. Here he mainly competes with Future Gohan, which is a Defensive Fighter that can still benefit from interesting Offensive mechanic nonetheless, just like Goku. The main advantage for Goku here is that it's tough to build a decent Ability Bonus for the Team if you have to set a favorable baseline for both Hybrid Saiyans and Bardock, something which becomes easier if powerful Zenkai Abilities are available, but generally the new Goku allows a more cohesive Build. Bardock - Revive Gohan - Goku is a rock-solid Team that dishes out hellish Damage thanks to the notorious crits that made Super Saiyans so fearsome for years, and Defensively it feels like a downgraded Sagas Warriors since basically only Boujack is missing here, which is not bad at all.

The new Piccolo's only realistic fit is Regeneration, where he has to compete with Merged Zamasu. While the latter might seem the obvious choice, Piccolo has some peculiarities that make it an argument. To start with, Piccolo is noticeably more durable than Zamasu, which doesn't say much since he's being compared to one of the least durable Fighters in the Meta, but still in practice it makes a difference. In fact, while Zamasu can technically be covered by some really durable Fighters here, it's not uncommon for him to get oneshot, which negates any attempt of cover.

Other than allowing you to play a more balanced trio when you need a Red option, Piccolo is also a respectable Offensive Fighter, at least for the first 80 counts of the Match ( after that he loses Arts Draw Speed and anti Damage Reduction, which is a pretty big blow for his Damage ) . At his peak, Piccolo can combine great Damage Buffs with solid Offensive stats and a couple consistent Card Draw mechanics, and a Vanish Restore Effect on main which is one of the most resourceful Effects in the game. He's not bad after 80 counts either, but he's generally a Fighter that falls off in late game, as even his remaining Damage Buffs are conditional ( as they rely on how main opponents are left ). All in all, a good alternative for those who don't like how squishy Zamasu feels.