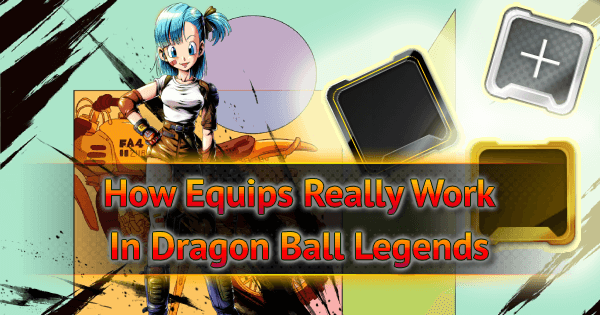 It was a cold evening of December, specifically Saturday the 21st, when Dork -- Main Dragon Ball Legends Discord Admin -- and Matz -- Gamepress Writer -- happened to be testing Equips Buffs to answer a question made by another user. Specifically, they were testing how certain Equip Buffs -- That I’ll call Pure Buffs in this article -- work.

Pure Buffs are Buffs listed on the equips without the “Base” before the Stat. Those Buffs have always oddly had a much lower % value than Base ones, thus the true value of Pure Buffs has already been a matter of discussion among the community in the past, considering a lot of new Equips had those. Dork tested it months ago and the results appeared to match the % amount the equips showed, meaning Pure Buffs were performing much worse than Base Buffs.

So, let’s go back to Saturday again. The two Dragon Ball Legends Players tested it again, and something was weird. Oddly, not only the Pure Buffs happened to match their Base Buffs % equivalent, but also they outmatched the latter by a big amount. Our answer to that change compared to a few months ago, was that those Buffs have been fixed in a Patch at some point. From that moment, countless tests made by me-- Ema919--, Dork, Matz, Duwang, Mugen -- Two more Discord Users -- dug deeper on this matter and various discoveries that will be explained in this article were made .

At one point of our testing process, we found out that while Pure Buffs are indeed better than they were compared to the tests made a few months ago, they’re impacted by a few factors.

Specifically, it appeared that the Base Stats -- Stats Buffed by Base Boosts -- influenced the the impact of the Pure Buffs. This is a logical assertion, since by how the Buff is named, it should apply after the Base ones are applied, meaning the higher the Base Stats, the bigger the Pure Buff impact will be.

To further clear up things, it’s worth noting that Base Buffs are applied to the specific Stat excluding the Soul Boost value.

Also, remember that the Ability Bonus calculation is a ratio, meaning that if Fighter 1 attacks Fighter 2 with a Strike Card, Fighter 2’s Strike Defense Bonus will be subtracted to Fighter 1’s Strike Attack Bonus.

So, to explain how we found out about the things explained in the previous paragraph, the Screenshots in the following paragraphs will represent a few Tests that we made, using five different Equips in Different contexts. All the Screenshots were taken after performing a single Strike Attack. These are the five Equips that were used for the Damage calculations. 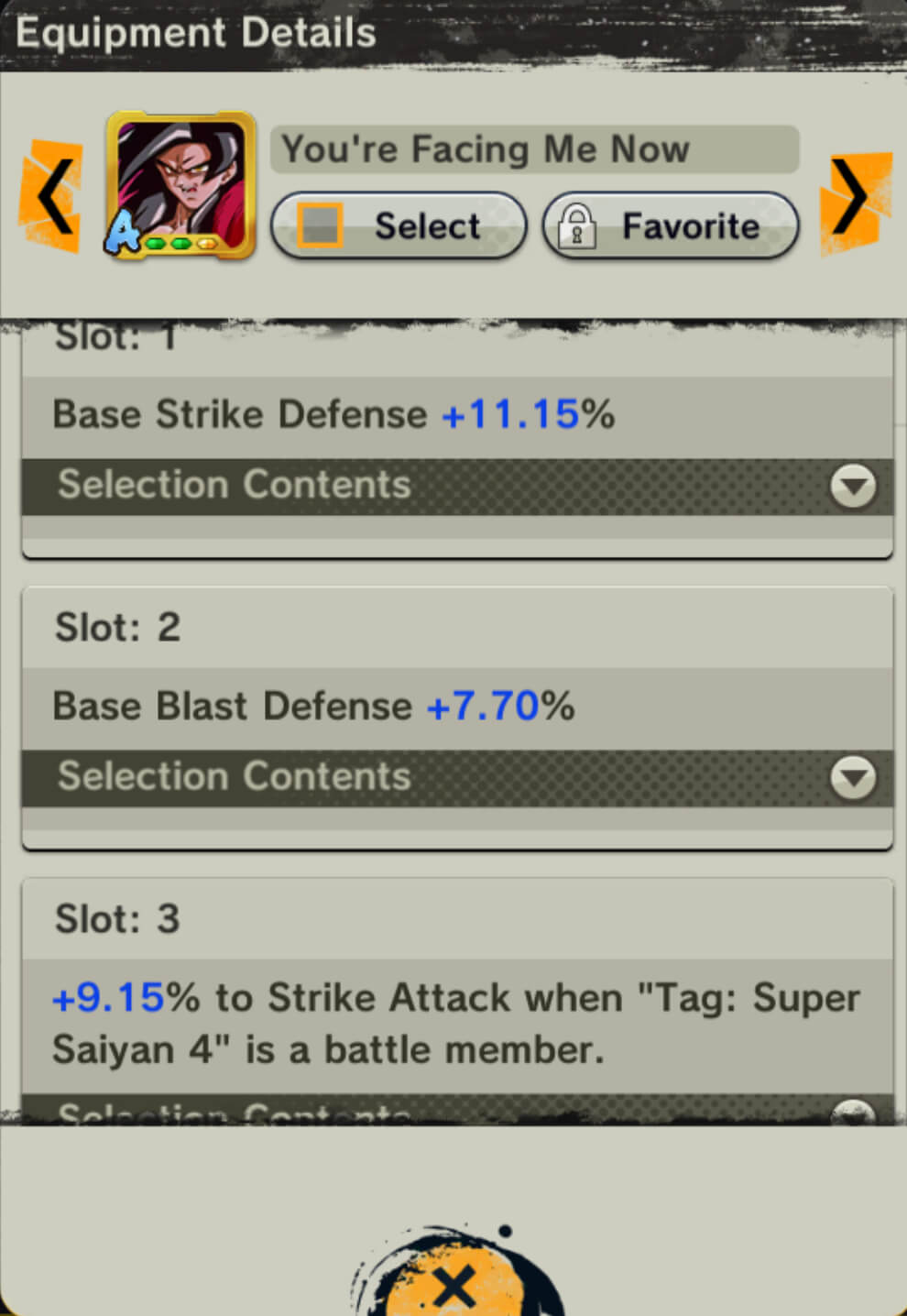 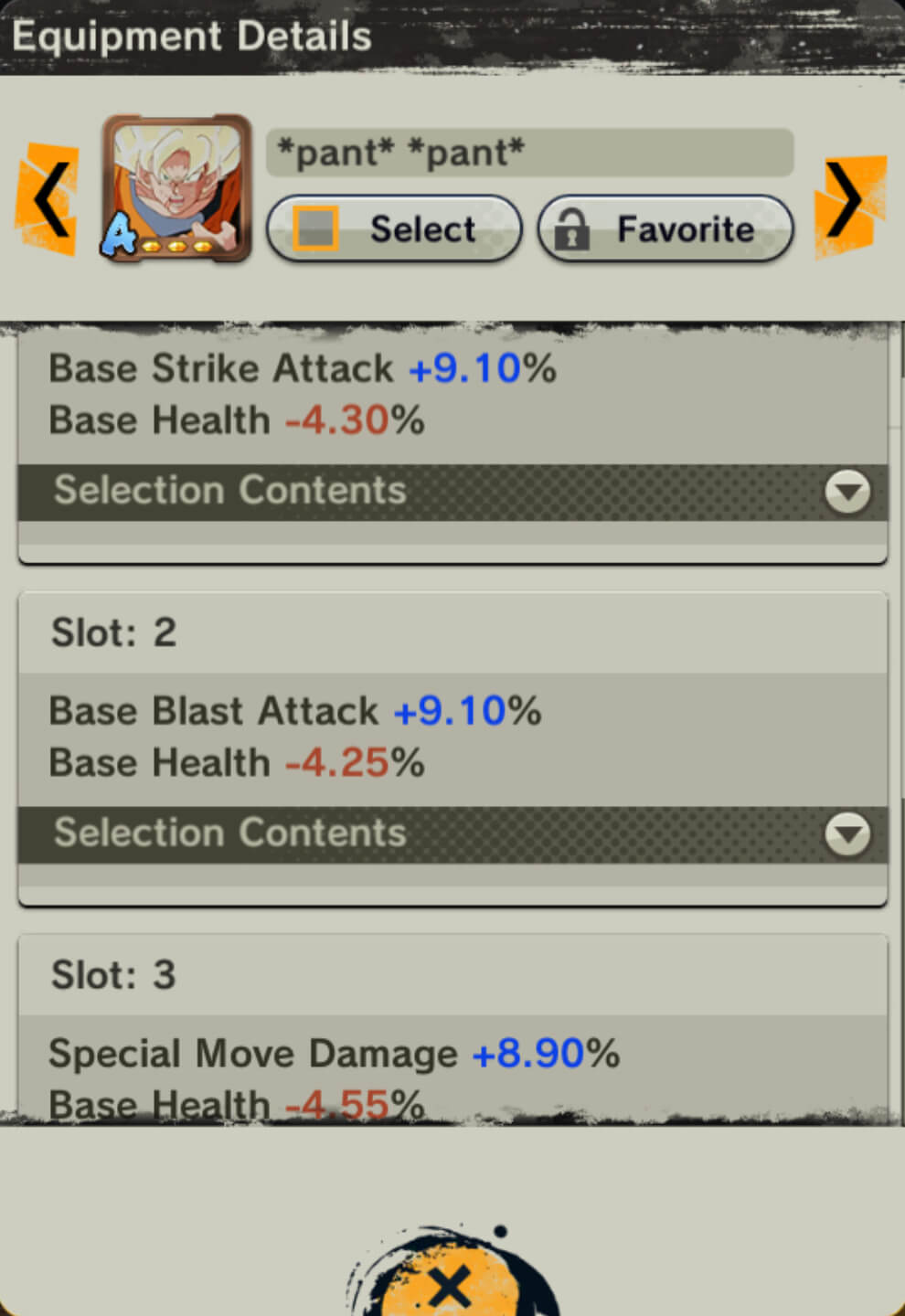 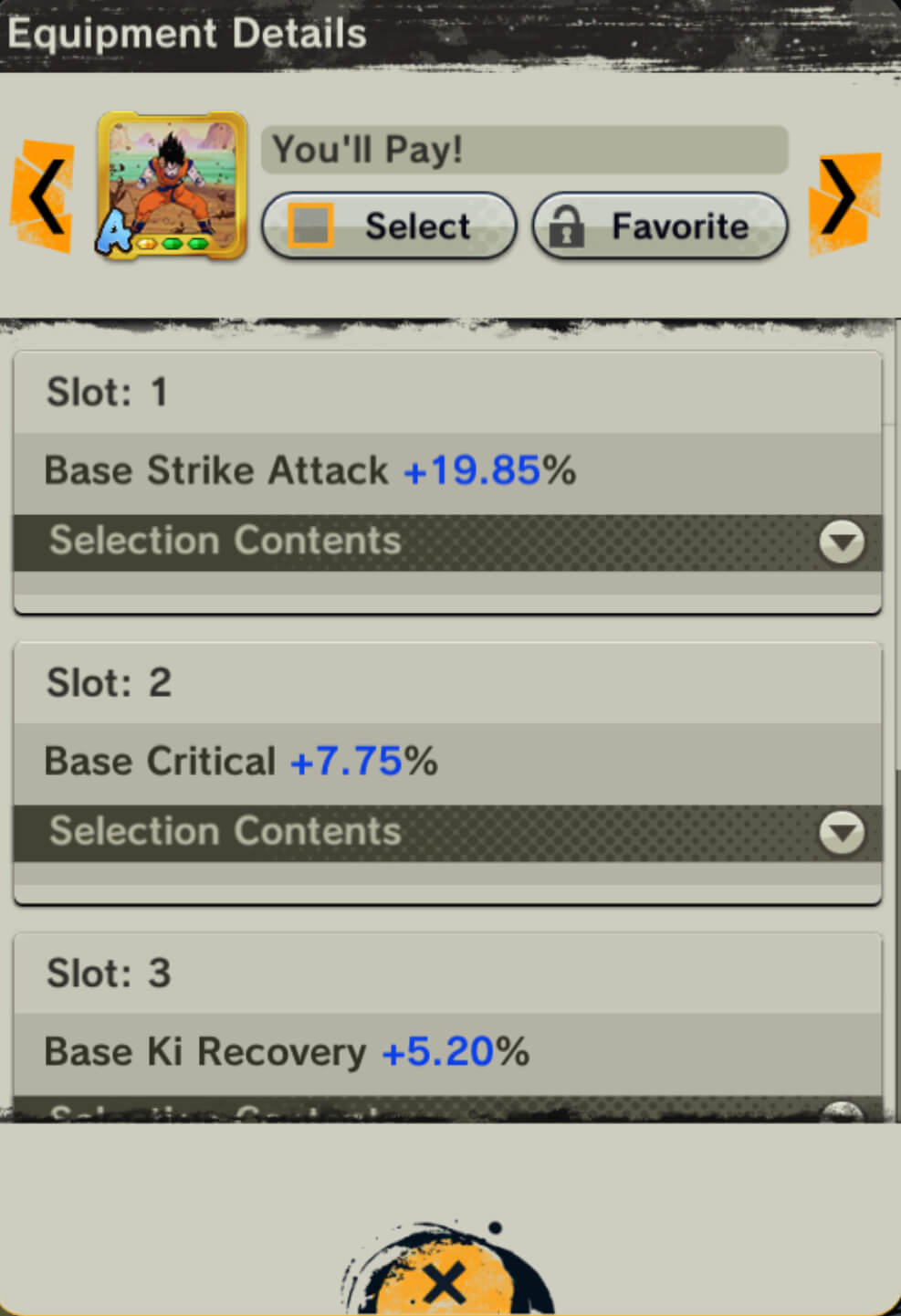 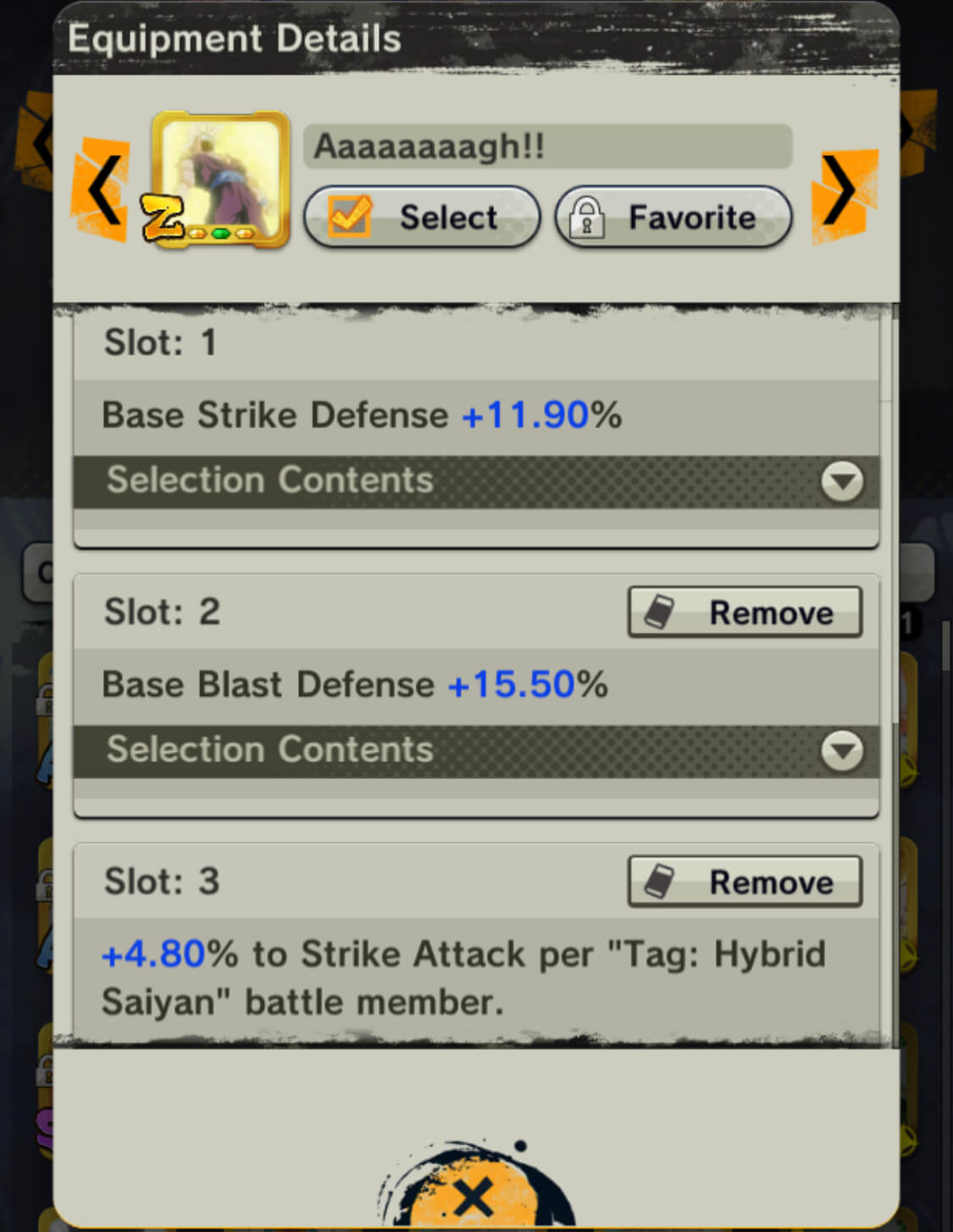 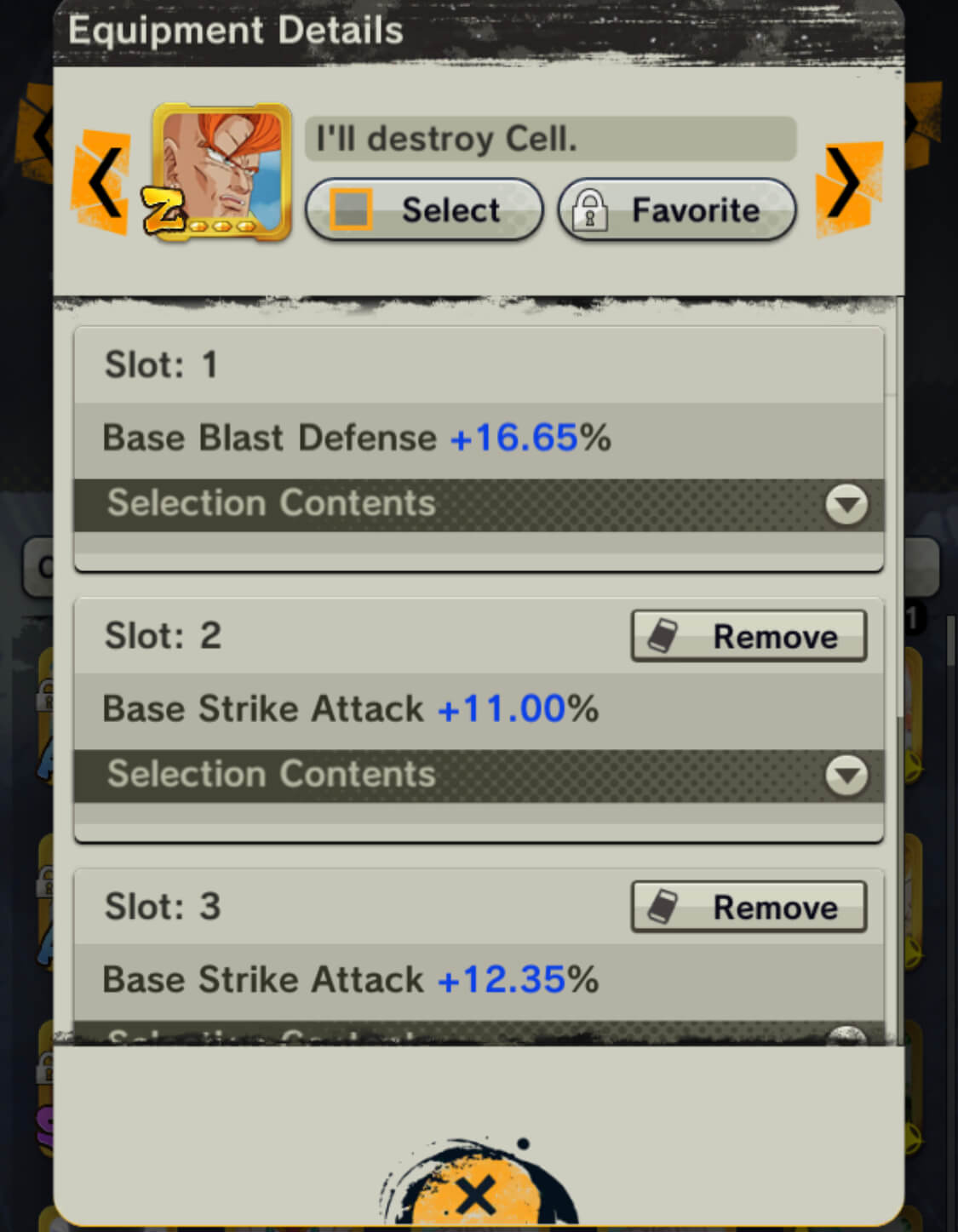 Done Equipping "*You're Facing Me Now"

Done Equipping "You'll Pay For This"

In this Test the Strike Attack/Defense  values matched those used in the first Test. This was done to exactly quantify how much better the Pure Buffs are compared to Base Buffs (9.15 for Pure, 19.85 for Base)  on similar Ability Bonus Values. The results were pretty identical here, so you can take this as solid evidence. Going from here, the Pure Boost may look either worse or better depending on Ability Bonus Variance. This is pretty big, as “You’ll Pay For This” is one of the best Equips Strike Attack wise out there.

The last Test has been made to compare “per Tag” Equips to an even bigger “Base Buffs”. The “per Tag” Equips follow the same logic as the Pure Buff Equip tried above, as there is no “Base” in the Buff description. The results evidence that too, since the Damage done is quite similar and it’s amazing, considering the second Equip needs two slots to achieve that--Amounting to an astounding 23% Base Boost --, while the “per Tag” Equip only needs one.

This graph was made by Dork. The You're Our Last Hope… Equip has been used here for this final Test. In its last slot, it Buffs max Health by 1-5% --Depending on the roll--per Legends Road Fighter on the Team. For clarity, the “max” Boost works in the same way as Pure ones do.

His tests were made using a 3% roll. Basically his intent there was to explain how Pure Boosts are influenced by Base Boosts using a clear fixed Stat such as Health and comparing the per Tag Equip to a Base Boost one -- For Health it counts in the same way as other Equips, meaning the Base Boost the whole Stat excluding Soul Boost--.

As you can see, the only instance where the Base Boost performed better than the Pure one was when the Ability Bonus regarding Health was low. On any other example, the Pure one starting outperforming the Base one by a good margin.

This Test is also useful to find out what’s the best Equip combination to Boost your Health. Unfortunately, it can’t be applied for other Stats too, since the opponent’s Ability Bonus plays a part due to How Damage Works in Dragon Ball Legends.

So How Should You Handle It?

The takeaway here is that Pure Buffs are pretty amazing now, since their Effects are comparable to some of the best Equips’ out there. However, it appears that to magnify their Boosts, you need to focus on your Base Boosts too, so blindly Equipping Pure Boosts only might not be your best choice.

The main advice here is to look at what Stat is Base Buffed the most by your Z-Abilities/Equips and choose your Pure Equips accordingly.