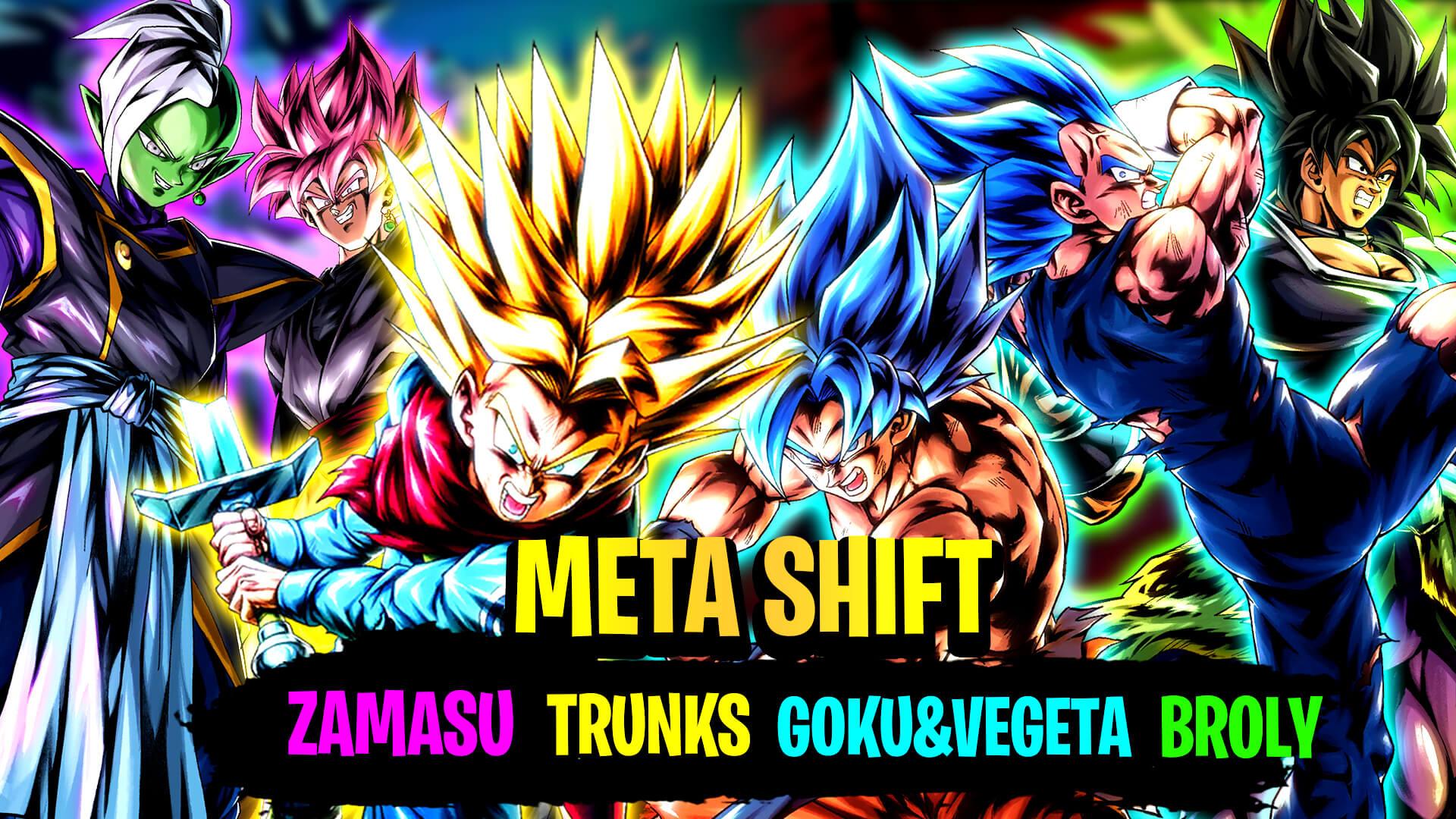 Goku & Vegeta are the novelty of the Black Friday update, as the duo mechanic is both a great technical achievement for the game, and an extremely impactful tech for the meta. Being able to swap the Element Advantage almost at will is by itself an unprecedented Ability that makes this Fighter much more versatile than others, and if you add all the other perks that the "switch" includes, it becomes unfair. At the current point in time, Goku & Vegeta can dominate matches through their high Damage output, stackable Arts Draw Speed, incredibly good Extra Moves, and the barrage of powerful Special Moves they can throw at opponents. There is simply not an effective way to stop them when they get going, and even Defensively they're no slouch thanks to how easy it is to unlock stars for them during this celebration.

In terms of Teams, the Leader mechanic has changed a lot in terms of the dynamic of Team Building, and Goku & Vegeta is probably the Fighter that benefits the most out of it in the whole game. While it would be easy to attribute this to its raw Offensive and Defensive potential as a Fighter, that's just part of the reason, as its versatility Element advantage wise is just as relevant if not more. In fact, as a result Goku & Vegeta can be easily slotted even in teams that already have a strong purple Fighter, like Sagas Warriors and Son Family, to make a formidable duo which can potentially be enhanced by Zenkai Abilities.

The whole thing is so ridiculous that even triple Purple teams are successful experiments if you have 3-4 fitting Zenkai Abilities at your disposal, since Goku & Vegeta can simply function as the Red of the Team while benefitting from Purple related Buffs.

Without a doubt, the most relevant Fighter in the Meta right now.

While SSJ Trunks isn't as unique as Goku & Vegeta his "simplicity" comes with incredible effectiveness and consistency. He's mainly a Defensive Fighter with high Damage Reduction, Healing and Endurance Effects, but his Offensive potential shouldn't be underestimated as his Strike Damage is quite high right off the bat. Once he fills his Unique Gauge, not only he reduces the enemy's Ki by 60 which often results in a stopped Combo, but also he gains several Offensive Buffs that make him a deadly powerhouse as well. His Ultimate Move and Special Move in particular are impressively strong hits that can knock out even durable Fighters. He's just a very reliable Fighter who can do it all for your team.

Since his Endurance is tied to the presence of Vegeta Family or Future Fighters on the Team, that naturally limits his possibilities as a Leader FIghter, but he can still be used in that slot on Teams that have plenty of Fighters like those, for example God Ki.

Other than that, Future is his natural fit, since him and Future Gohan make a formidable Defensive duo who can control games through Endurance and Covers. He's a perfect addition since Future was starting to feel a bit fragile lately, and the fact he can fix that for the team while also improving it Offensively is just what makes his impact what you'd expect from a Black Friday Fighter.

On Vegeta Family his role is basically exactly the same, but since that Team doesn't have the luxury of a foolproof Defensive Fighter such as Gohan to pair with Trunks, the latter's responsibilities as a Defensive anchor are even higher there.

This evil duo is a combination of disruptive effects and fierce defense, with some situational offensive potential on top. This Fighter is just really really annoying to face, as at times it'll feel like they don't take relevant damage at all, considering they can also heal some of it back. In terms of disruptive Abilities, the best and most consistent tool at Zamasu and Goku Black's disposal is the first Extra Move used that empties the opponent's Vanish Gauge. It's just an incredibly impactful debuff that ensures you get your hands on the opponent in several situations. This can easily turn in an opportunity to kill an opponent if you have a RIsing Rush or an Ultimate Move available. Other than that, Main Ability seal and Dragon Ball destruction are equally consistent Debuffs, although not quite as impactful. As a whole, this is just the kind of Fighter that quietly adds a lot to your Team.

While this combination of hatred for the human species is not quite what you want to consider as a Leader slot Fighter, its Tag versatility still means it has a healthy amount of Teams to thrive in. Particularly, on Future the pairing with LF Trunks and LF Gohan is just cruel for the opponents, especially if you have them at high stars and put a couple HP Z-Abilities on the Bench. The result is a nigh unkillable Teams that can take advantage of Debuffs, Rising Rushes and Ultimate Moves to create a gap that is hard to fill for the opponent.

God Ki is also a decent fit for this Fighter, especially if you decide to use LF Trunks as your leader there since he requires Future or Vegeta Family allies.

Broly is an Offensive death machine that reminishes SP SSJ2 Kefla GRN thanks to its inexhaustible source of tools to deal Damage to opponents. The fact he can stack Arts Draw Speed through his Strike Cards is just pretty ridiculous, but that's just the beginning. He can stack Strike and Blast Damage Buffs by tanking Strike and Blast Cards respectively, something that's easier at the start of the Game as he has various Damage Reduction Effects for the first 60 timer counts. However, the most remarkable thing about his kit is by far his Special Move, which gets a high enough Damage Buff for its first usage to potentially oneshot squishy Blue opponents. Considering he can also use a Main Ability which nullifies Special Covers and further enhances his Damage Buffs, this Fighter is just really hard to stop and can deal huge damage really fast.

A fun and unique thing about him is that he recovers Health and Ki when the opponents uses an Extra Move, an aspect that can easily be ignored by the opponent, which results in Broly healing a huge chunk of HP back if he's facing specific Fighters who thrive thanks to Green cards. Even if the opponents keeps this Ability in mind and decides to not use an Extra Move, that's still quite an advantage as it's Effectively a disruption of the opponent's plans. All in all, Broly is a great Offensive Fighter who doesn't have any apparent weakness.

He fits on various Teams, with Sagas Warriors being his best but the one he's the most situational on too since that Team is so good, Strike Powerful opponent where he fills a previously empty slot for the Green option, and Frieza Force which is arguably the Team his impact is more noticeable since he's one of the main options, and he gets plenty of Support there as well.