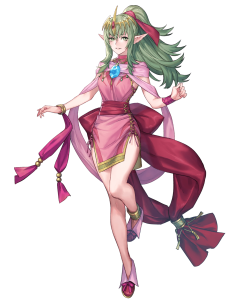 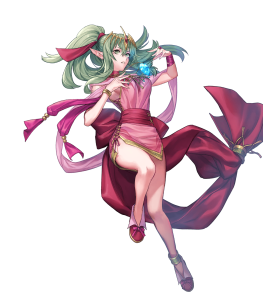 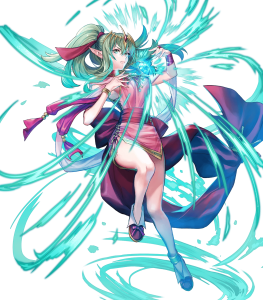 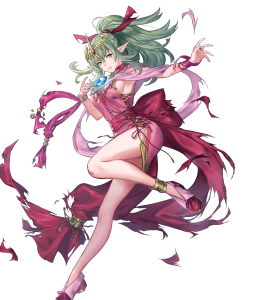 Changing Fate, One Era At a Time (Speed-Invested Enemy Phase)

Naga of the Future Past (Player Phase)

With fantastic Atk and Res values of 43 and 41 respectively in addition to a strong 37 Def, Tiki sports excellent raw damage and bulk. Additionally, she and her CYL6 friends rein in a new base stat total (BST) generation, setting the precedent for future units to have higher stat totals—and thus higher stats and better minmaxing—than previous generations.

Carrying her former feelings of isolation to strengthen her resolve, Remote Breath is Tiki’s personal weapon that predictably has an array of effects.

As an Infantry Dragon, Tiki has access to skills such as Warding Breath, Time’s Pulse, Dist. Counter (D), and her native Atk/Res Finish 4, all of which provide vital effects to strengthen Tiki’s combat. Breaking down Atk/Res Finish 4’s wording:

Effectively, Atk/Res Finish 4 grants +7 Atk/Res if Tiki is within three spaces of an ally, in addition to granting 5 true damage and 7 HP of healing per Tiki’s attack if her Special is activated or has already been activated before or during the same combat.

Tiki has a lot of effects—so many effects that she lends herself well to a variety of different roles and specializations on both Player Phase and Enemy Phase.

Susceptible to a Fairly Wide Variety of Effects

Unfortunately, Tiki’s performance can be restricted by several effects.

The dominance of Near Save and Far Save for Enemy Phase strategies is difficult even for a Choose Your Legends unit to topple. Armors not only protect allies within two spaces from attacks of their respective Savior ranges, but also have access to the incredibly powerful Fighter B slot family of skills. The sheer convenience and overwhelming strength of Savior skills leave limited room even for Brave Tiki, but she is nonetheless a fantastic unit that can compete with Savior Armors.