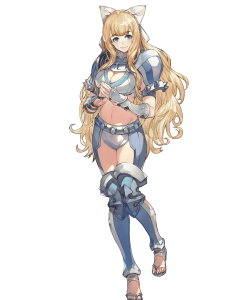 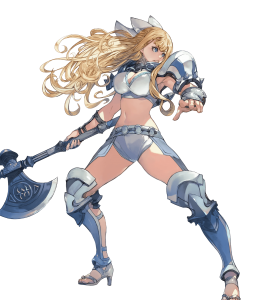 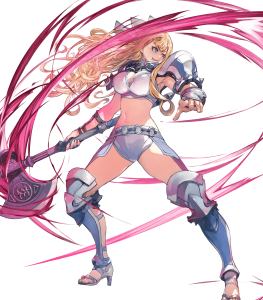 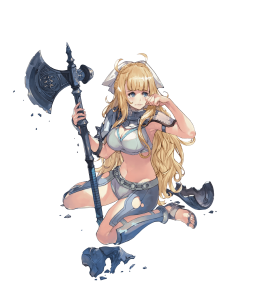 Get You A Girl Who Can Do Both (Mixed Phase/“Tank”)

Fair-Fury Axe is a great weapon that provides reduced Special cooldown, Atk and Spd bonuses when initiating combat or within 2 spaces of an ally, as well as bonus damage equal to 15% of Charlotte’s Atk.

Charlotte’s status as an infantry axe unit allows her to use great skills such as Frenzy, Time’s Pulse, Odd Tempest, and Null Follow-Up, as well as many others.

Charlotte’s base 18 Res is quite bad, meaning she takes extremely high damage from magical attacks, and still takes moderate damage even if reduced by skills such as Frenzy.

While Charlotte has 3 superboons (Atk, Spd, and HP), even when using one of those while merged she only hits 179 BST, 1 shy of 180. This makes her a worse option for scoring in modes that score like Arena when compared to some other melee infantry units, including other axes like Ninja Hana. This is not very relevant unless you plan to merge Charlotte to +10, but it is still confusing.

While Charlotte is easily one of the best infantry axe units in Fire Emblem Heroes at time of release, there are many others, which a player may already have invested in one or more of. In addition, if she is being considered for a particular role on a team such as Galeforce, units of other types may have access to unique and powerful effects that she does not, such as flying and cavalry units using Near Trace for Canto.