Community Posts with Keyword Fjorm All 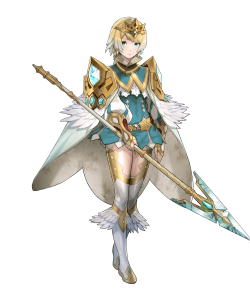 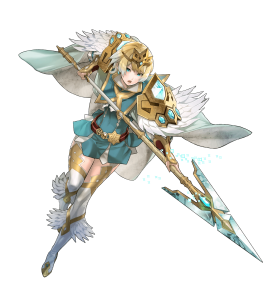 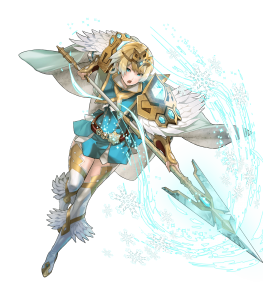 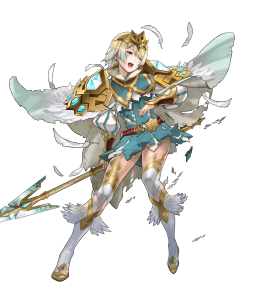 Fjorm's lack of Attack leaves her wanting a boosted IV in that area. However, being such a strong all-rounder, she can perform consistently with nearly any combination, each granting her something different.

With a natural Distant Counter on her weapon, Fjorm is one of the few lucky units who can run Steady Breath and counter-attack at range. This lets Fjorm counterattack with a four turn Special within a single round of combat, provided she attacks twice. Therefore, Quick Riposte is essential for this build.

Thanks to her high Resistance, Fjorm hits like a truck with Glacies, and has enough Defense to survive all but the strongest physical damage (especially with Steady Breath). Going for the extra power here is required in order to KO Distant Counter Effie and Corrin(F). Fjorm is not designed to initiate combat, This build is designed to KO enemies that attack her instead.

This form of Fjorm is also capable of handling ranged magic damage, due to her excellent base Resistance and the Distant Def Seal. She is capable of KO'ing common blue mages such as Delthea and Lute with a single counterattack, even if they run Fury. She is a good candidate if you need a unit to provide buffs, since she does not mind sacrificing her Seal slot in order to run a Hone skill. If you intend on using her alongside Blade tome mages, a Dual Rally skill can be used instead of Reposition or Swap. She can also run Ploy skills, but this is not recommended if you have a Resistance bane.

Fjorm is one the strongest free units available at five stars. She's a great candidate for Arena Assault thanks to her ability to tank variants of both Reinhardt and Brave Lyn. However, she will die to Reinhardt's with Lancebreaker and she will fail to revenge kill Lyn thanks to Sacae's Blessing.

Her most simple form of build uses most of her default kit, focusing down on her ability to tank mages and retaliate with boosted damage. Ice Mirror gives Fjorm incredible Resistance to ranged attacks. With this set, she can tank and revenge kill all common blue mages without Lancebreaker. Keep in mind that her default skill Atk/Def Bond can be used in place of Fury, but this will swing her matchup with Olwen against her.

If surviving higher-merged Reinhardt is a problem, Deflect Magic will allow her to survive him comfortably. She can also survive most Brave Bow variants, but struggles vs. Firesweep Bows who naturally block counter-attacks. Her C slot skill is up to you and your team, but her default C skill Drive Atk is a versatile choice that suits her well if you aren't running her in a prebuilt team. She can also run Ploy skills, but this is not recommended if you have a Resistance bane.

If anything, Fjorm lacks Defense, which is why Close Def is such a good choice for her. Alongside Ice Mirror, it has excellent synergy to cover all offensive threats. She can give it up for a Hone skill in her Seal slot, but this means she will lose vs. Vidofnir Tana and Brave Lance Cordelia.

The beautiful Ice Princess Fjorm is a stellar unit, having what looks like a typical dragon’s statline with a legendary weapon and Special to boot. Her statline and skills make her versatile, but she is best suited as an enemy phase unit, luring and scoring key KO’s against enemy teams. Fjorm lacks the raw power that other tanks possess, and can find it difficult to get KO’s without changing her Special. But for new players or those strained on resources, Fjorm can perform excellently with minimal investment.

Fjorm's great mixed defenses serve her well in her fights, making her strong vs. dragons. She's also one of the easiest units to throw out on the field, coming with a nearly-fully loaded kit right out of the gate. However, when compared to other tanks, she lacks their damage output without relying on her Special to score KO's. And she finds it tough to build for both physical and magic bulk, although she can do either well when built for it.

When looking at Fjorm’s statline, what jumps out is her high combined Defense and Resistance. Typically, tanks only wall one type of damage, lest they sacrifice their Attack or Speed (such as Sheena). Fjorm can do both and has a better Speed tier than nearly all tanks of the same type.

Comes with a great base kit.

One of the best things about Fjorm is her performance with her default kit. She can be slapped onto any team as a solid mage counter and do her job.

Fjorm’s base Attack stat of 30 is measly in comparison to other tanks, leaving her lacking in comparison to them. In order to survive magical damage, Fjorm wants to keep Shield Pulse and her unique Special, Ice Mirror. However, this limits her damage potential significantly, stopping her from running Glacies or Iceberg to inflict massive damage. Fjorm also wants Quick Riposte to patch up her average Speed, which means she cannot use Shield Pulse.

Hard to build for both Physical + Magic damage.

Even when running her Shield Pulse + Ice Mirror set, Fjorm can only barely survive the attacks of strong enemy units. Shield Pulse, Ice Mirror and Distant Def tend to target magical based attackers, where Steady Breath and Close Def err towards physical. Shield Pulse + Ice Mirror reduces the damage of the first hit taken, but Brave weapon users (including Reinhardt) activate their Special on the second turn, meaning the stronger hit is not reduced at all.

Fjorm's base kit. Same as Lyn, I rarely use her. But when I do use her, she never disappoints.

Summoned in April 2018
(Currently LV. 40 with no Dragon Flowers)

Dont look at the B skill, for some reason the website doesnt have Null C-Disrupt 3 on the B skills, So yeah, i went with the closest one.

This is the best setup i managed to make, if buffed by a L!Azura, the only thing that can kill you most easily is a Reinheart with Lancebreaker 3.

Classic Fjorm for use of SPD benediction,

I use a neutral IV, she have just what she need nothing more, nothing less.

Since i choose to use her like a support, Drive Res 2 will give +3 Res that can't be debuffed on all your caracter in 2 cell next to her.
In another hand that force enemy to attack her for killing her making her a better use of her spécial, her B Slot, And Her S Slot.

Spécial = Ice Mirror,
Reduce 30 % of ranged damage, and be added to the damage of the counter hit.

-Brazen Atk/Spd 4, for an Atk+9 and Spd+10 during combat.
But she need to be under 80% of like for trigger it.
That how you transform her in a killing machine : 58 Atk / 41 Spd, if she can resist to the first hit and not be healed.
For the cost of an Summer Wolt (limited)

-Atk/Spd Push 4, for an Atk/Spd+7, she need to have more than 25% Hp at start of combat, so you can heal her, and the heal tower in raid can heal her safely.
If she attack she will only lost 5hp, 1 less than Fury 3, and only if she attack.
I think it's the perfect seal for her in a support use, and profit in every situation, as long she was not on the edge of death.
Push her Atk to 53 and her Spd to 38, good Atk, and good Spd.
For the cost of one Brave Camilla (1 who are given for free)

B Slot =
-Shield Pulse 3, reduce 5 fixe Dmg on every activation of her special skill, and reduce the cooldown at start of every turn.
Combo with her spécial granting +5 Fixe damage in counter, since she add the reduced damage with spécial.

C Slot =
-Whatever you want, i choose Drive Res + 2, because my main team lack of Res.

For force enemy to attack you from far.

Literally just the Budget Mixed Tank Set but keeping Atk/Def Bond for even more budget and having Swap due to lack of Reposition. 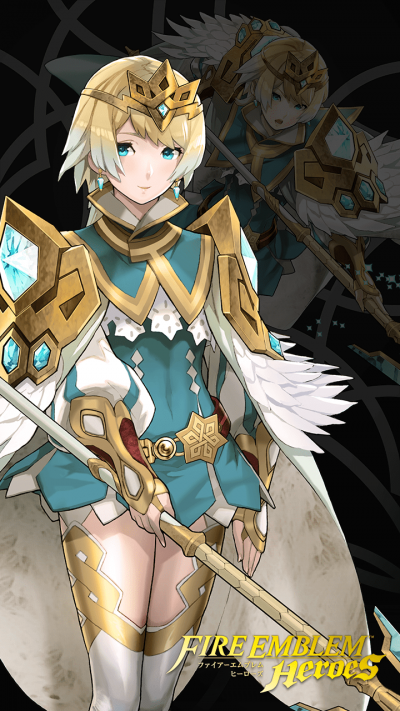 Brain Fried Need Help Building Chad
@QweAndAHalf wrote: I gotta stop staying up so late playing…
Who to prioritize for summoning?
@Spiral_the_Gamer wrote: So I’m going into orb saving mode…
Ever put a build together that you're sure would have worked well a few big releases ago, but hits a big meh wall now?
@BeyertheWolf wrote: As the title suggests. The game is…
Dear VG
@Thehalohedgehog wrote: Can you please not put me with 3…
Final arena preparations
@TurkeySandwiches wrote: Now that divine codes are going to…
Read More