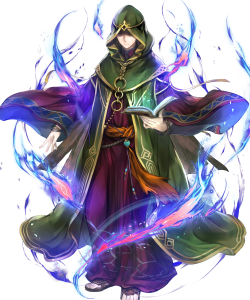 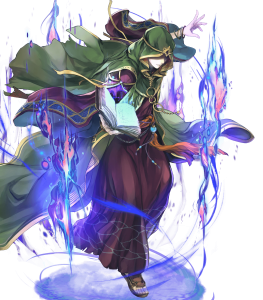 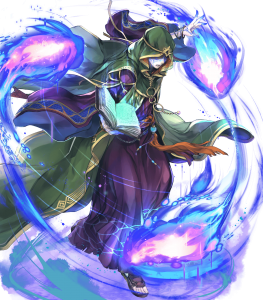 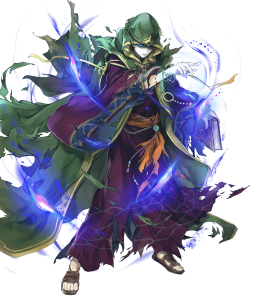 As most of Bramimond's stats are fairly important to them, it would be best to merge at least once to take away their Flaw.

Bramimond's unique weapon, Void Tome, not only tops off their fantastic Attack stat with a simple boost of +3, but it also exploits any existing enemy penalties in addition to the statline of many competent units in the game. Bramimond gains an additional +5 Attack, Defense, and Resistance in combat against enemies with 50+ Attack while also gifted with a follow-up attack against those with 35+ Speed. This means mainly two things: 1) Bramimond will have strong matchups against the majority of offensively-attuned units, and 2) they will rarely need other common follow-up skills that other units tend to rely on, especially Quick Riposte.

A relatively new concept at this time of writing, Bramimond is the first of their kind: colorless tome users. Like staff units, Bramimond enjoys great neutral coverage against the majority of enemies; the only direct answer to him, Raven tomes, are relatively rare. Unlike staff users, however, colorless tomes are not burdened by extremely restrictive weapon and inheritance limitations; Bramimond is free to run wild with skills such as Impact, Spiral, Lulls, and damaging Specials. Furthermore, while color-based advantages are absent when taking damage, Bramimond will have even and favorable matchups with against all color units.

The standout stat in Bramimond's statline, Attack, sits at a resounding value of 40. This is nearly on-par with the likes of Lysithea and Kiria before him, who have already reached the current ceiling as far as magic users are concerned. In other words, Bramimond will rarely be asking for more when dealing damage to all but the most Resistance-fortified enemies. Bramimond's magic bulk, with the help of Void Tome (and Lull Atk/Res if used), also allows him to act as an exceptional magic wall when needed.

Though not required on every build, Bramimond's unique C skill, Impenetrable Dark, basically shuts down the support system of any unit they're in combat with. In layman's terms, Drive and Spur-type skills (especially Distant Guard, Geirskögul, and Yato) from other enemy units are canceled entirely.

All of Bramimond's aforementioned quirks and advantages translate well in actual Aether Raids play. Void Tome's effects will rarely ever fail thanks to the potential to inflict penalties thanks to a myriad of defense structures. Bramimond also possesses great anti-carry unit capabilities while his the infantry status certainly helps in supporting infantry precharge setups.  Additionally, the usual Defense mythic perks apply, including an additional +5 HP and +3 Attack to all Dark-attuned units, as well as softening losses whenever your setup fails.

Bramimond suffers from a sluggish raw Defense value as a result of decent to fantastic distribution to other stats. Though Bramimond's actual Defense value may be deceivingly higher against most foes thanks to Lull Atk/Res and Void Tome, it's an otherwise exploitable crack in their survivability. Furthermore, their Speed sits at only a mere 27 Speed; while potentially improvable (or simply ignorable outright thanks to the follow-up attack granted by Void Tome), this stat isn't exactly helping Bramimond escape doubles or make natural ones when the need arises.

Bramimond is mostly superspecialized for Aether Raids Defense, which in itself isn't bad. However, unless you're willfully ignorant about the way blessings and scoring works outside of this, the ancient mage is unfortunately unable to share their strengths in Aether Raids Offense and other game modes without incurring opportunity costs and/or scoring penalties (compared to properly blessed units or legendary heroes).

Void Tome's follow-up effect is, of course, subject to being negated by Null Follow-Up as well as weapons/skills with that built-in. Faster foes with this line of skills can take advantage of Bramimond's usually uninvested Speed and close in for some quick damage or a kill.