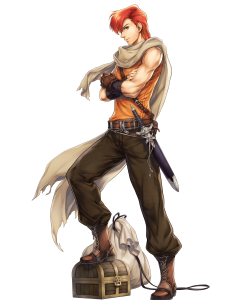 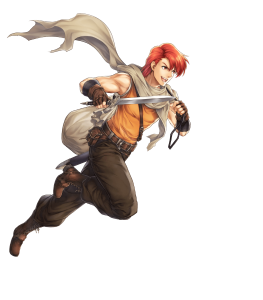 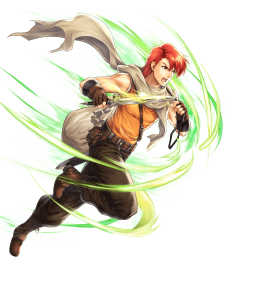 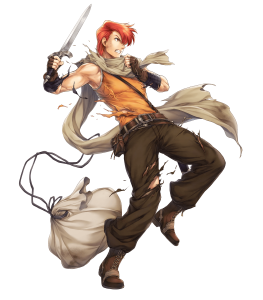 A Little Pepper on that Ribeye (Special Spiral AOE)

Contested pretty much only by Leila (in her favor, she does have an extremely exceptional PRF weapon), Julian snags some top spots as one of the best offensive dagger units in the game thanks to his offenses of 38 Atk / 38 Spd. While his Speed is bested only by a few units (even then, he can use a Speed Asset to push ahead of faster free units like Gangrel and Kronya), his Attack is considered one of the current best of daggers and lends itself very well to Broadleaf Fan usage and other builds.

Being an infantry and dagger-wielding unit holds a lot of promise for Julian in terms of skills he can play with. BY DEFAULT, he comes with some of his achetypes' best skills already—Close Foil and Lull Atk/Spd are ideal skills that are applicable to many builds or simply great together. Skills of note include Special Spiral, Time's Pulse, Null Follow-Up, and many more. Even without a unique weapon of his own, Julian's statline and a colorful selection of inheritable daggers (such as Broadleaf Fan, Barb Shuriken, Starfish, etc.) makes him positively versatile and powerful regardless.

Any Semblance of Magic

At a disappointing value of 18, Julian's Resistance is a pretty clear blotch in his otherwise solid statline, and he cannot take magic well at all. Consequently, many competent high-Attack mages or dragons can snuff out our Tender Thief's life instantly. Much like Saizo and Matthew before him, if he must take an attack, it has to be physical and not magical if possible.