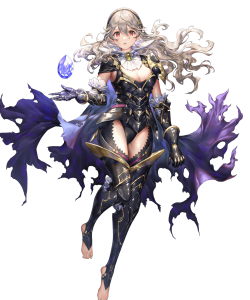 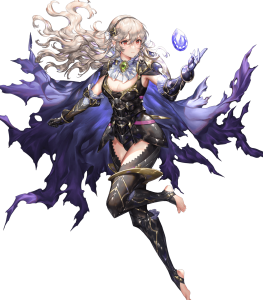 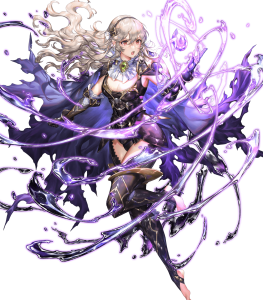 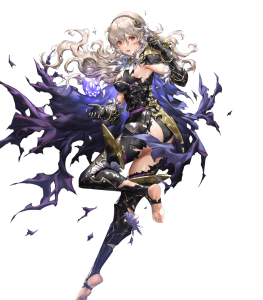 Legendary Female Corrin sets an extreme bar for infantry base stat totals with her massive 182 total BST. Her stats are very well distributed, with her only slightly weaker stats being HP and Resistance which even then are not all that low. On top of this, she has an Attack Super Asset that she can take to bump up her attack from 38 to 42.

Legendary Female Corrin brings a unique dragon breath in the form of Primordial Breath which accelerates her special cooldown, and if her foe’s HP is at full at the start of combat or if they attack her, she gets +5 to her Attack/Speed/Defense/Resistance on top of getting a cooldown bonus on her attacks. If that was not enough, she possesses a unique Special in the form of Negating Fang, which will reduce an opponent’s damage dealt to her by 30%, and on her counter attack she will boost her damage by 30% of her own attack! These two strong unique traits make Corrin an excellent colourless dragon compared to her competition.

Being a dragon comes with the shortcoming of being extremely weak to dragon effective weapons such as Falchion or Naga. Thrasir in specific is a common dragonslaying threat on AR Defense maps, directly threatening Corrin’s performance even with her ability to reduce the damage she takes through Negating Fang. While this can be addressed if one is lucky to have Spring Idunn so that dragon effective weaknesses can be removed for a turn, one is in for an uphill battle if they do not have access to this powerful Spring Duo.

Must Pick between Damage Reduction or Self Healing Special

A popular choice to pair alongside damage reduction units such as Brave Ike or damage reduction based Skills like Spurn is to carry a form of in-combat healing such as Sol or Noontime. As Legendary Female Corrin’s Negating Fang is her method to reduce damage taken, this prevents her from running Sol or Noontime at the same time. As a result, if one desires for Corrin to be well equipped for sustained combat while running Negating Fang, they may have to consider running a Skill such as Mystic Boost, or pairing up with a Staff unit for healing support.