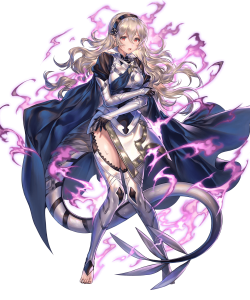 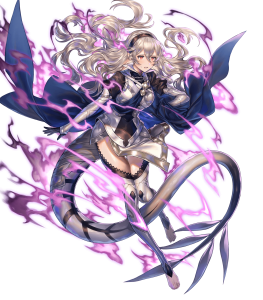 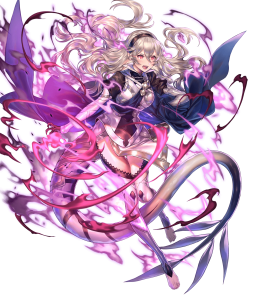 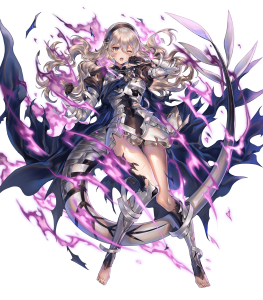 One of the original default super-units, Fallen Corrin derives much of her power through Savage Breath’s emphasis on maintaining stat superiority over her foes. Under ideal circumstances, it manages to accomplish this pretty well post-refinement via a potential Spectrum +11, negation of any stat penalties applied on her, and neatly packaged Dragon’s Wrath effect (which happens to be actually a little stronger than the regular skill by an extra 5%).

This may not be the most exciting array of benefits, but it does the job in sharpening Corrin’s damage and survivability to more acceptable levels — at the very least, it makes maintaining Savage Breath’s requirements much more rewarding compared to when it only granted a stat boost. On that note, while it’s a little disappointing that she cannot stack much support, she can always afford to have at least one proximal ally without too much of a detriment to her performance, and that may be all that she needs given the greater variety of visible buffs now.

Despite its age, Fallen Corrin’s stat spread covers all of her bases fairly well: a 35/37 Atk/Spd spread remains respectable for her preferred offensive role and becomes easily patched up through Dragonflowers and the effects of Savage Breath, and thankfully neither of her defenses are outright horrible. She certainly requires a bit of investment (namely in the form of the aforementioned Dragonflowers) to present a more competitive option to fellow infantry units of current standards, but her innate statline nonetheless remains as flexible as its always been.

Fallen Corrin presents excellent versatility by merit of her advantageous typing combination. Her access to an abundance of relevant class-exclusive skills like Dragon’s Wrath and Null Follow-Up already grant an amazing degree of malleability in terms of her build, but this coupled with the benefit of neutral match-ups ensures she can persevere against a wide scope of enemies. She can be tailored towards any specific purpose — and chances are, she’ll do pretty well.

By merit of how Savage Breath works, it’s abundantly clear that Fallen Corrin was intended to operate as a primarily standalone unit, relying largely on her weapon’s benefits to persevere against incoming threats. This worked pretty well at the time of her initial release, but comes as an unfortunate mismatch to the current landscape of the game where 1) units significantly prefer specialization over being a generalist and 2) Enemy Phase strategies generally prefer bundling closely together, especially due to the increasingly limited space to maneuver in Aether Raids Offense and the advent of Savior skills.

Fallen Corrin’s refinement makes it pretty forgivable to have at least one ally within two spaces of her, but it still comes at a cost to her potential and can create needless complications compared to contemporary units who require no need for such considerations. She’s not a bad unit whatsoever, but simply not very well-suited for what is currently expected of units.