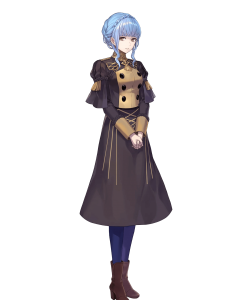 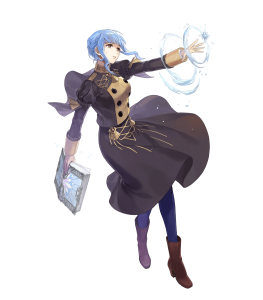 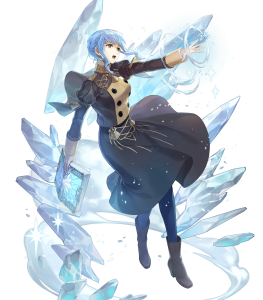 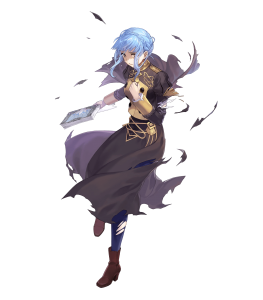 I’ve Only Had Her for a Day and a Half, But If Anything Happened— (Defensive Focus)

Similar to Fallen Julia’s Dark Scripture (though with a different activation requirement), Marianne’s exclusive Icy Fimbulvetr combines a guaranteed follow-up effect with an effectively massive boost to her damage and overall survivability; this lends itself well to both offensive and defensive applications. Alongside its on-hit healing for even further support to her longevity, Icy Fimbulvetr altogether makes Marianne a fairly versatile and powerful mage.

Despite her meek demeanor, Marianne’s Attack is nothing short of stellar; coupled with her Icy Fimbulvetr’s innate follow-up attacks, she can easily assert strong offensive pressure and neutralize foes without much issue. Her base Resistance of 39 is equally impressive and grants Marianne fantastic magical resilience, in addition to making Specials that scale off Resistance very deadly.

Being an infantry unit provides access to a treasure cove of exclusive skills, such as Null Follow-Up, Null C-Disrupt, Time’s Pulse, and her base Lull Atk/Res—an advantage that Marianne appreciates immensely, as this potential for build variety lets her wield her weapon’s varied applications to their fullest extent.

Given her statline’s noticeable lean towards her Attack and Resistance, it comes as no surprise that Marianne’s physical bulk is resultantly quite horrible. Her base Defense of 17 alone spells trouble, but this combined with her meager 36 HP means that physical damage dealers may outright KO her with one hit if she isn’t built to handle them. The in-combat Attack debuff Icy Fimbulvetr applies on her opponent does mitigate this somewhat, though.

Physical tank Marianne bcs why not

She uses her best assets to the max.

Atk/Res unity is there for preventing debuff in her important stats and making her even stronger. It also synergizes with her weapon.

Keeping her base kit lull Atk/Res for more damage aside the one given in her weapon.

Mystic boost is to deal with those pesky dragons at range and giving her more self-sustain.