Community Posts with Keyword Navarre All 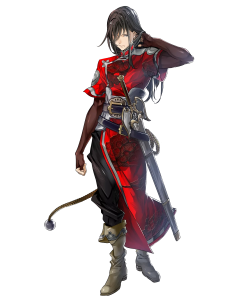 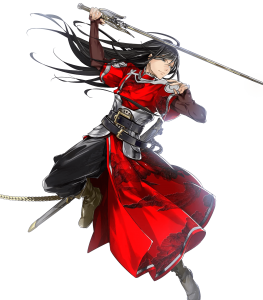 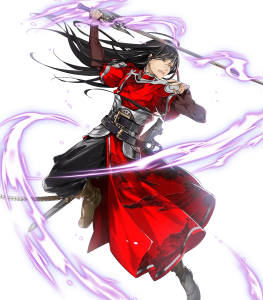 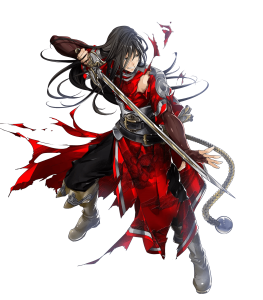 Navarre's unique blade is his defining trait compared to others sharing his movement and weapon type. Along with the conventionally good Slaying effect (which permanently reduces the Special cooldown of Navarre's Special by 1), the refined effect of Scarlet Sword further grants Special cooldown count -2. In layman's terms, Navarre will be able to utilize Specials with higher cooldown values—especially Galeforce (5) and AOE Specials (4)—nearly immediately and usually repeatedly when built right.

Navarre's Grand Hero Battle map is available every week as part of daily Events, meaning players can grab copies of him (once) simply by beating his map on the correct day.

As a Grand Hero Battle unit released near the start of Fire Emblem Heroes's launch, Navarre simply has too much to catch up on compared to more recently added entries to the game. This is fairly evident through Navarre's restrictive summonability outside of GHB and Heroic Grail summoning, as well as his now-outdated base stat total of 157.

Compared to newer and shinier competition in the form of units such as Larcei, Shannan, Soleil, and countless others in the red sword infantry pool, it can be pretty difficult to justify Navarre as a real choice over them, even with Scarlet Sword.

Navarre's base 31 Attack and 37 Speed are pretty basic as far as modern offensive spreads are concerned. Though they are acceptable enough to do what he's good at: hitting hard and fast, however, these values inherently make Navarre rather reliant on Special activation.

Navarre's new sword and refinement allows him to run the AoE buster build, having Blazing Wind immediately charged at the start of combat, since AoE specials runs off of the user's attack stat, Odd Attack Wave 3 is essential for him to deal massive amounts of damage. Special Spiral 3 is essential for B slot so that he gains +2 special charge to his special since AoE specials trigger before combat starts which let's Navarre have Blazing Wind ready after combat is done.

His A slot can either be Life and death 3 which is the cheaper option, grants Navarre a flat boost to his offense while decreasing his defense, however at higher merges and dragonflowers his speed stat becomes too overwhelming to the point where extra points are wasted unnecessarily, so running Flashing blade 4 the expensive option grants him the +5 true damage on his attacks which works on AoE, giving him the damage boost like he would have using life and death but still keeping his speed at a high enough level with good respectable bulk.

Replace Wrath with Special Spiral, and you have what is arguably Navarre's best set to date.

Extremely powerful in the right hands, and very dangerous while doing so as well.

Navarre wasn't very good at launch. With such low atk and decent def and res, Navarre was just... there. Thing is, he has really good speed. First you want to give him a Wo Dao+ and give it a plus atk refinement. When you give him life and death it'll improve his already great speed and make his attack manageable. You'll want to give him desperation and Ardent sacrifice to activate it it on demand. Heavy Blade and threaten atk are the key to this build and it'll activate moonbow every initiation.
The cons to this build are a poor enemy phase and a glassy unit.
The pros are you have a great player phase unit and a great enemy killer. And compared to him before, at launch, that's much better.

Only recently have I been able to 5 star Navarre. Now in all honesty, vanilla Navarre is, well...
Trash.
But building trash tier units is one of the funnest things you can do in this game. He was one of the first units I put some thought into when building him but never had the time to 5 star him.
Soleil and Sophe didn't die in vain, as Navarre uses L&D with the Firesweep Sword perfectly. Navarre already has bad defenses, so lowering them for higher strength and even higher speed is great. And with that high speed, he doesn't get doubled by nearly anyone, save the faster units like Karla or Swift Sparrow users. He can double with some high damage without fear of counters. The fastest units in the game are sword users, so swordbreaker on him is perfect as he'll double even the fastest of sword users. And I don't use them much, but his vanilla AoE is too good to pass up on a FS sword build.
Man, building trash units into something reliable is fun :D.

Anyway TL;DR, Navarre is better than Ayra and Karla fite me.

It is fair to say that this build is not for everyone, but rather those that really like Navarre as a character and just wish to use him on long term, as it is quite expensive for a potentially "weak" unit. However, if done right, Navarre could turn into a very reliant killer. To start with, it should be noted that for this build to be at its full potential, it is recommended for Navarre to have the Summoner's support, as it increases his HP to 53 (that is with Wo Dao's weapon refinery bonus as well), alongside his defense and resistance, thus allowing him to take more hits. This build is mainly an enemy phase build. Due to his rather weak bulk, Atk Def Bond 3 takes care of his slight issue with his defense, while also increasing his attack. Wo Dao's refinement is debatable, +Def could work as well if you need even more bulk like this, however, Atk Def Bond 3 alone allows him to take hits from every axe unit, but also any sword unit, even if they are Brave Sword users. As a B skill, due to Ayra's speed that actually doesn't allow Navarre to cap her, you could consider Swordbreaker 3 instead of Cancel Affinity, so that he could most reliably double sword units too. However, Cancel Affinity helps him deal with some annoying blue unit builds, with Triangle Adept, or Azura with Saphire Spear. For example, in the enemy phase, Navarre could very reliably tank a Nowi+10 that assumingly doesn't have her special ready, while charging his Aether, allowing him to kill her in player phase. As for his C slot, Threaten Atk 3 works nicely in synergy with Heavy Blade 3 sacred seal, as Navarre needs to reach very high attack to ensure the extra cooldown on his Aether.
Now to do the maths, a Navarre + 2 (maximum right now) has the base attack of 50 with a Wo Dao+ with +Atk. He gains 5 more attack from Atk Def Bond 3, and if you have an S support ally stand next to him, another 2 attack. 57 attack, with the debuff from Threaten Atk will most likely allow Navarre to charge his Aether and with Aether charged he could take down units more easily, while also gaining back the lost HP for charging it. Wo Dao's +10 dmg to special attack also helps in that regard.
Of course, Navarre's main weaknesses remain, unquestionably magic users, and potentially dragon units, as he cannot safely take hits from them. With Cancel Affinity, the number of lance units that could kill him in one round decreased by a small margin, however units like Christmas Robin, Effie (Player phase), Ephraim, or any Brave lance user will still render Navarre "almost" useless. 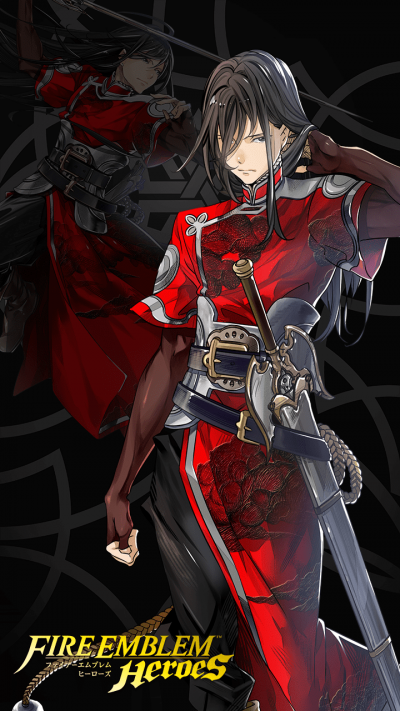